Whew No Blackouts ….Yet – ConspiracyOz

Energy regulator says ‘no concern’ despite soaring temperatures this weekend

Photo: An Australian Energy Market Operator spokesman said there was “no short-term concern for this weekend”. (AAP: Paul Miller)

Temperatures are set to soar in the southern states this weekend, but the energy market regulator says we’re unlikely to see blackouts or calls to reduce power consumption.

While much work has been done to create strategic reserves and to improve storage capabilities, one inescapable reason for this is luck and timing.

Weekend days tend to place less demand on the energy market as commercial and industrial activity is reduced.

It’s also early January, so not all businesses are back in full swing.

An Australian Energy Market Operator (AEMO) spokesman said there was “no short-term concern for this weekend”.

“Supply demand balance looks good across all regions and we will certainly be proactive in our communication should the balance become tight over summer,” he said.

Temperatures are set to hit 41 degrees Celsius in Melbourne and 38C in Sydney on Sunday.

According to AEMO, for every one degree over 38C there’ll be an additional 125 megawatts of demand.

The power system is under the most strain during the hours of 4:00pm and 7:00pm, which is of course when temperatures generally hit the forecast maximum.

Last summer airports and businesses across Australia — even a spy agency in Canberra — were forced to reduce power usage or rely on diesel generators during a heatwave.

“Australia’s largely on holidays so that means there’s not the same sort of demand on the grid from industrial users and of course from businesses in their offices as well,” NSW Energy Minister Don Harwin said.

“So we’re not expecting any difficulties despite the heat.” 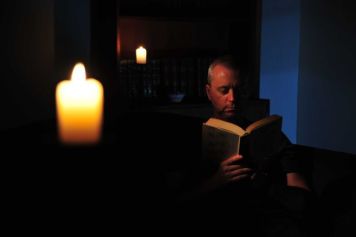 Photo: The regulator said blackouts were unlikely this weekend despite the heat. (ABC News: Dean Faulkner)

As a precautionary measure, AEMO has secured an agreement from 14 businesses to maintain energy reserves that can be fed into the market if need be, potentially mitigating the need for load shedding.

This agreement is seen by many companies as a last resort. The market regulator can call on them if it’s facing the prospect of outages, or forcing consumers to reduce usage.

The companies include AGL, Alcoa, OneSteel, Visy and Bluescope Steel which requires a significant amount of power for its plant in the Illawarra region.

Be prepared for the heat

Heatwaves kill far more people than other natural disasters. ABC Emergency has a checklist of things you can do to be ready.

In most cases, the companies will organise small load reductions from across their entire business operations and feed the savings into the market as one big, single reduction.

“We will do what we can but we have technical limitations on our usage,” a Bluescope spokesman said.

Like many power plants, Bluescope is unable to cut off its power usage entirely as doing so would damage their infrastructure.

But at this stage, it’s unlikely AEMO will call on these companies this weekend.

Energy market consultant Paul McArdle says the demand on the system will be “moderate” and there should be no need to trigger the strategic reserves.

“The emergency demand response is not intended to be used for suppressing prices, which might be a little higher than in the past couple of days due to slightly higher demand,” Mr McArdle said.

How to save on your power bill

Power bills are expensive. Really expensive. So here are some tried and tested methods to help you save.

Mr McArdle said it was difficult to say whether the energy market was more resilient than it was last year, given the closure of Hazelwood and new ventures like the Tesla batter in South Australia.

“On balance, it’s probably fair to say that it’s not markedly worse, certainly better post-Hazelwood than it would have been if steps were not taken,” Mr McArdle said.

“How it turns out will be very dependent on the weather.”

In September, AEMO warned the risk of energy blackouts required close attention and monitoring while the consumer watchdog raised concerns of a substantial shortfall in 2018.

This prompted Prime Minister Malcolm Turnbull to seek assurances from Australia’s largest gas companies that they will increase supply to eastern states, with the threat of export restrictions if necessary. 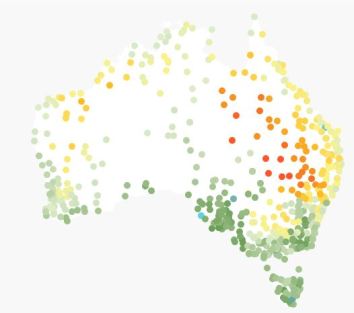 Temperature tracker: Interactive animation shows temperatures around Australia over the past week

Posted on January 10, 2018, in ConspiracyOz Posts. Bookmark the permalink. 1 Comment.