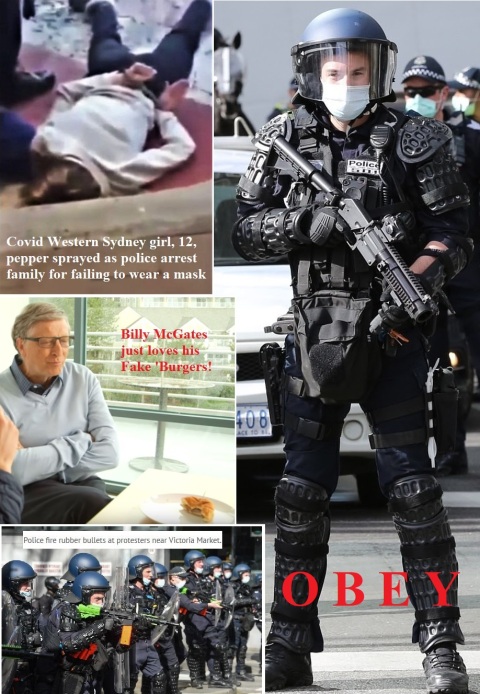 NT Police fine alleged criminals for not wearing masks, urge compliance – The Police aren’t laughing but we are! – Mick Raven

Qantas makes COVID-19 vaccinations mandatory for all of its workers

Israel shows COVID-19 cases can explode once life returns to ‘normal’ at 80 per cent vaccination – Yep Mandatory Vax and Lockdowns for the win? – Mick Raven

RoboCop sooner than you think! With Orders to Shoot to Kill!

Boston Dynamics robot Atlas can do parkour and gymnastics

Not Happy with your Dystopian Future? There is a way out….

Netherlands approves euthanasia for under 12s

The Future is Now!

The Origins of Totalitarianism – Wikipedia

Elon Musk, Jeff Bezos, Mark Zuckerberg, and Bill Gates profited the most during the pandemic

Pfizer Reaps Hundreds of Millions in Profits From Covid Vaccine

Posted on August 22, 2021, in ConspiracyOz Posts. Bookmark the permalink. 1 Comment.