← Queensland bikies convicted of breaching anti-gang laws after they walked to a car
Perth Uber and taxi fares to rise..uh oh – ConspiracyOz →

Is There a Doctor Death in the House? – ConspiracyOz 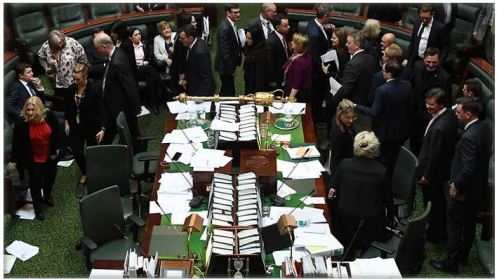 Victoria’s euthanasia bill has passed the Upper House 22 votes to 18 in its second reading after robust debate over the controversial proposal.

Extra palliative care for regional Victoria will be considered as Labor tries to win the support of key Liberal MPs in a bid to pass controversial assisted dying laws.

The legislation passed its latest test in the state’s upper house on Friday after emotional speeches, with debate on amendments to start on November 14.

Liberal MP Simon Ramsay told parliament he supports the principle of assisted dying, but regional Victorians are missing out on palliative care.

Special Minister of State Gavin Jennings said the government will look at expanding end-of-life care as part of the budget process.

But he ruled out any amendments that would compromise the integrity of the scheme.

“If there are things that we can actually refine or strengthen in relation to MPs’ concerns we are happy to do so,” Mr Jennings said.

“To drug a person to the point that they’re comatose is hardly compassion,” Mr Atkinson said in his speech.

The Liberal pair’s votes could be enough to get the laws over the line if Labor can address their concerns in the amendment process.

Labor MP Harriet Shing shared an emotional story of her brother Patrick, who died in 2015 after a long and painful battle with prostate cancer, as she spoke in favour of the bill.

“At last his face, that I’d gauged for pain signals for so long, was unlined,” Ms Shing said through tears.

But Liberal MP Inga Peulich said many migrants had fled to Australia to avoid the type of regimes that killed their own citizens.

The major parties allowed a conscience vote on the controversial bill, which needs 21 supporters to get through the 40-member upper house, with 19 MPs so far declaring full support.

Posted on November 8, 2017, in ConspiracyOz Posts. Bookmark the permalink. 1 Comment.

← Queensland bikies convicted of breaching anti-gang laws after they walked to a car
Perth Uber and taxi fares to rise..uh oh – ConspiracyOz →