ABBA Are Planning A 2019 Aussie Tour… As Holograms 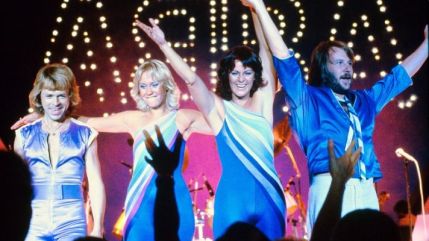 ABBA are aiming to lock in a tour of Australia in 2019 and they won’t even have to be there for it.

As reported by Sunday Herald Sun, member of the iconic pop group, Benny Andersson, revealed that ABBA are set to be recreated as holograms for a world tour.

“We can be on stage while I’m home walking the dogs. I don’t have to leave my house. If this really works there’ll be a lot of artists wanting to do the same thing, even artists who are still young and still touring.

The Swedish outfit have reportedly spent a year having their measurements taken to create the avatars, which will be based on what each member looked like in 1979.

“To create the four of us digitally, it takes so much skill and so much time to do every hairline, every blink, every iris,” Andersson explained.

“If it’s good enough when we finish it’s probably ready to launch in the spring of 2019.”

The 70-year-old continued, “It’ll be like you’re in 1977, with a live band, live backing vocals, a great set design with lights and sound, everything will be like a live concert.

“But we’ll be there in the form of holograms and digital avatars. Our voices will be taken from the records, or maybe some of the live vocals from the Australian tour of 1977. If you’re sitting in the arena you’ll see us up there. It’s quite exciting.”

The tour would be the first of its kind, given that past hologram performances have only been created in honour of late artists, such as Michael Jackson and Tupac.

Andersson’s new solo album, Piano, is due out on 29 September.

Posted on December 13, 2017, in ConspiracyOz Posts. Bookmark the permalink. 2 Comments.