Oxford Residents Mount Resistance Against The Sectioning Of Their Streets

Oxford residents are taking matters into their own hands and destroying the street zone sectioning barriers. 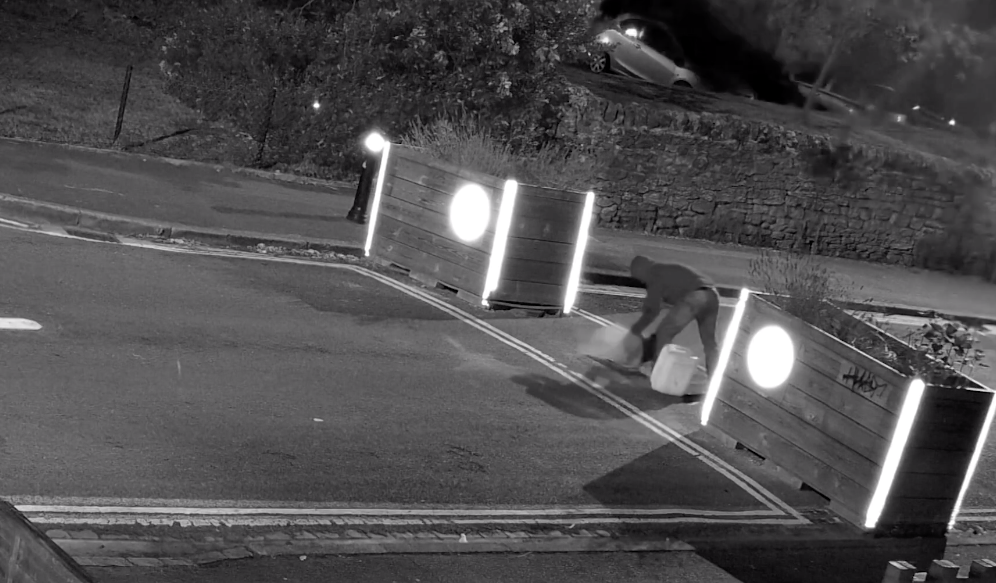 Oxford is going to be the centre of the resistance to the climate change madness in the UK.

Just recently there was a day of action by activists to kick start the year of fighting back.

We predicted the UK was just getting started with their resistance, and here we have it.

Taking matters into their own hands, Oxford residents are destroying street zoning barriers.

Oxford Residents Mount Resistance Against The Sectioning Of Their Roads

Now that’s quite beautiful to see.

With the government trying to manipulate behaviour to comply with absurd control measures,

it’s no wonder the UK is pushing back again. We are a rebellious bunch and very hard to control.

There are further planned dates for activists to take to the streets in various forms of protest.
Piers Corbyn and friends are taking to the streets on Friday the 13th of January.

Starting at Southwark tube in London.

from as far as Manchester is taking place in Oxford on the 18th of February.

It’s very inspiring to see the people of the UK take matters into their own hands.

This year is looking to be jam packed with resistance to The Climate Con.

Continued coverage will be given on our website, newsletter and social media.

Stay tuned for a disobedient 2023. New measures proposed by the Scottish government in a recent document outline a war on carbon and a war on cars.

can deliver on the United Nations Sustainable Development Goals.

Environmentalists have had it in for cars for years, wrote Spiked Online last year, we all know they’d like to ban cars altogether.

In the age of “net zero,” the car is public enemy No1.

And so, we’ve had a long line of proposals to make driving more expensive and difficult.

For example, in April 2022, Stefanie O’Gorman, who sits on the Scottish government’s Climate Emergency Response Group,

said that the construction of houses with double garages drove her “bonkers.”

… we can’t afford for everybody to have two cars.”

In November 2022, the Scottish government published a revised draft of their ‘National Planning Framework 4’

and adapt to the future impacts of climate change.

A few paragraphs later it states,

Don’t be fooled by the fluffy language.  The Scottish government’s efforts are not an attempt to “benefit communities.”

As the draft itself states, the Scottish government is planning “future places” on six principles that

“will play a key role in delivering on the United Nations (UN) Sustainable Development Goals (SDGs).”

Who do the SDGs benefit?  To demonstrate who benefits we’ll use the example of SDG7

on which we have recently published two articles,

see below, in a nutshell: SDG7 has the goal to “ensure access to affordable,

reliable, sustainable and modern energy for all.”

We are told that the whole point of “sustainable development”

is to mitigate the problems that will supposedly be caused by

humanity’s greenhouse gas emissions. This fairy tale has left most people laboring under the illusion that the SDG7 energy transition,

and the variations on the associated “net zero” policy commitment, will reduce CO2 emissions.

That assumption is wrong. The reality is the UN’s “sustainable” goal for renewable energy is sheer fantasy,

if not utter madness, and is a scam to enable the rich to become richer off the backs of the poor.

One of the Scottish government’s six principles to deliver on the UN’s goals in its National Planning Framework is “local living”:

and well-being by ensuring people can easily access services,

To understand what is meant by “locally” and how they plan to achieve “locally,” we need to read further into the draft,

wade through more gibberish and follow the word trail.

The “national spatial strategy,” the draft says, will support the planning and delivery of “sustainable places,”

“liveable places” and “productive places.”  According to the Scottish government, a “sustainable place” includes:

reducing car kilometres travelled by 20% by reducing the need to travel and promoting more sustainable transport.

The draft then gives the precise method the Government plans to use to “reduce the need to travel.”

Several policies support more local living and limit the use of additional land for development, the draft says.

One of these policies is Policy 15 “which promotes local living, including where feasible 20-minute neighbourhoods.”

It almost sounds as if 20-minute neighbourhoods are an optional nice to have.

But this is most likely more fluffy language because Policy 15 was written with one, and only one, purpose.

Policy 15 falls under the “intent” to encourage, promote and facilitate development by applying the “Place Principle.”

Place Principle appears to be some sort of communist ideology but, to be honest,

their gibberish is difficult to decipher while at the same time sifting through all the fluffy language.

So, returning to the proposed restrictions on the freedom to travel, the sole purpose of Policy 15 is that:

Development proposals will contribute to local living including, where relevant, 20-minute neighbourhoods.

To establish this, consideration will be given to existing settlement pattern,

and the level and quality of interconnectivity of the proposed development with the surrounding area, including local access to:

“Publicly accessible toilets.”  You can’t have employment or visit family members who live farther than 20 minutes away,

but you will have access to public toilets.  This could be useful for the elderly and parents with babies or toddlers who will,

no doubt, be required to walk or cycle everywhere and so definitely won’t be visiting family unless they live practically next door.

As we have seen in Oxford, people do not take kindly to measures forcibly curtailing freedom of movement and freedoms in general.

London boroughs are also preparing a defense against the attempted expansion of the Ultra Low Emission Zone (“ULEZ”).

For those who are not resisting this scheme because they trust their government,

we suggest you read the Scottish government’s National Planning Framework.

You will note a lot of fluffy language mixed in with gibberish.  That is by design because psychology and money

– not facts – are driving the climate alarmist narrative.

As well as by “independent” groups of psychologists, these psychological tactics are being deployed by the UK government

based on a document produced by the Environment and Climate Committee.

Published in October 2022 and titled ‘In our hands: behavior change for climate and environmental goals’,

it is a sinister document.  In it, the Government openly states that all aspects of our life need to be managed

to lessen the impact of climate change and that mind control techniques,

very similar to the ones used to force the public into acquiescing to covid lockdowns, need to be used against the population.

The simple truth is that CO2 is Earth’s green gas.  It is the elixir of life.

It has been supporting plants since the world began, making virtually all life on Earth possible.  CO2 is nature’s fertilizer.

We should celebrate it, not demonize it.  And we certainly should not be allowing the UN or governments to take control of it,

monetize it and/or use it to control us while removing our rights and freedoms. Scotland’s entire National Planning Framework 4 should be scrapped.

Sources for this article include:

Posted on January 20, 2023, in ConspiracyOz Posts. Bookmark the permalink. 1 Comment.