Give it a Rest Dr W.H.O. – ConspiracyOz

After an Emergency Committee meeting this week, the World Health Organization (WHO) says the monkeypox outbreak is still as a global health emergency of the highest alert level.

The WHO label — a “public health emergency of international concern (PHEIC)” — is designed to trigger a coordinated international response and could unlock funding to collaborate on sharing vaccines and treatments.

In July, the WHO said the rapidly spreading monkeypox outbreak represented a global health emergency.

So what exactly does this mean? Here’s what you need to know:

How many cases of monkeypox have there been?

In Australia, there have been 140 cases of monkeypox, based on diagnoses reported to the National Notifiable Diseases Surveillance System by states and territories.

Of those cases, there were 69 in Victoria, 54 in New South Wales, 7 in Western Australia, 5 in Queensland, 3 in the Australian Capital Territory and 2 in South Australia.

There have been no deaths associated with the virus in Australia. Monkeypox symptoms may include a rash that turns into fluid or pus-filled lesions.(Reuters)

Of those cases, there have been 36 deaths.

However, the WHO director-general, Dr Tedros Adhanom Ghebreyesus, said there had been a promising decline in global cases.

“The number of reported cases has dropped for eight straight weeks,” he said.

“This is very encouraging.”

Which regions have been hardest hit?

Dr Ghebreyesus said progress in the Americas — North and South — was less certain, where the region accounted for 90 per cent of cases in the past week.

He also said there were still several countries entering the peak phase of the outbreak, and there is likely to be under-reporting in others.

“We are also seeing several other situations which are cause of concern,” he said.

“In Ghana, there is a surge of cases, with 4 deaths.

“And, in Sudan, we are seeing a separate outbreak of clade one monkeypox.” The Emergency Committee noted that data from low-income settings was largely lacking.

In Africa, there is minimal information available to determine whether transmission is mainly zoonotic or to determine the role of human-to-human transmission, including through intimate or sexual contact.

There’s concern low-income settings have inadequate diagnostic capacity and do not have access to vaccines or therapeutics, despite clearly having the highest reported case fatality of all regions.

And little information is available as to whether authorities are considering their use or requesting supplies.

How is the emergency declaration decided?

A PHEIC is defined in the International Health Regulations as: “an extraordinary event, which is determined to constitute a public health risk to other states through the international spread of disease and to potentially require a coordinated international response”.

To meet the status the situation:

Ebola, zika virus, polio and swine flu outbreaks have also been declared PHEIC in the past. 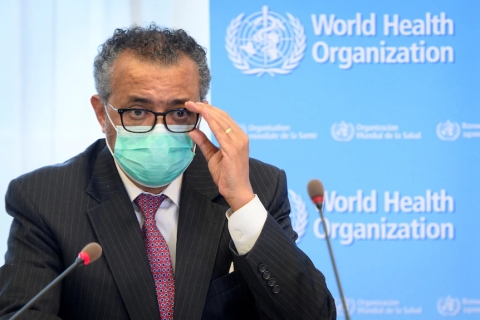 Monkeypox was first declared a public health emergency of international concern in July this year.

At Tuesday’s meeting, the Dr Ghebreyesus noted in his opening remarks the growth of the virus since then.

“When you first met in June, just over 3,000 cases of monkeypox had been reported to WHO,” he said.

Although various members of the Emergency Committee expressed views that monkeypox did not, and does not, constitute a PHEIC, it was collectively recognised that it was unclear based on criteria when the PHEIC status should be terminated.

For that reason, the PHEIC status is continuing.

What treatments are available?

The Australian government advises most people who get monkeypox will require no treatment or only supportive treatment, such as pain relief.

For patients with more-severe versions of the disease, antiviral treatment may be needed.

Posted on November 5, 2022, in ConspiracyOz Posts. Bookmark the permalink. Leave a comment.