← This was Once of the Most Locked Down Places in Australia
WOOhan! Nothing to See Here! – ConspiracyOz → 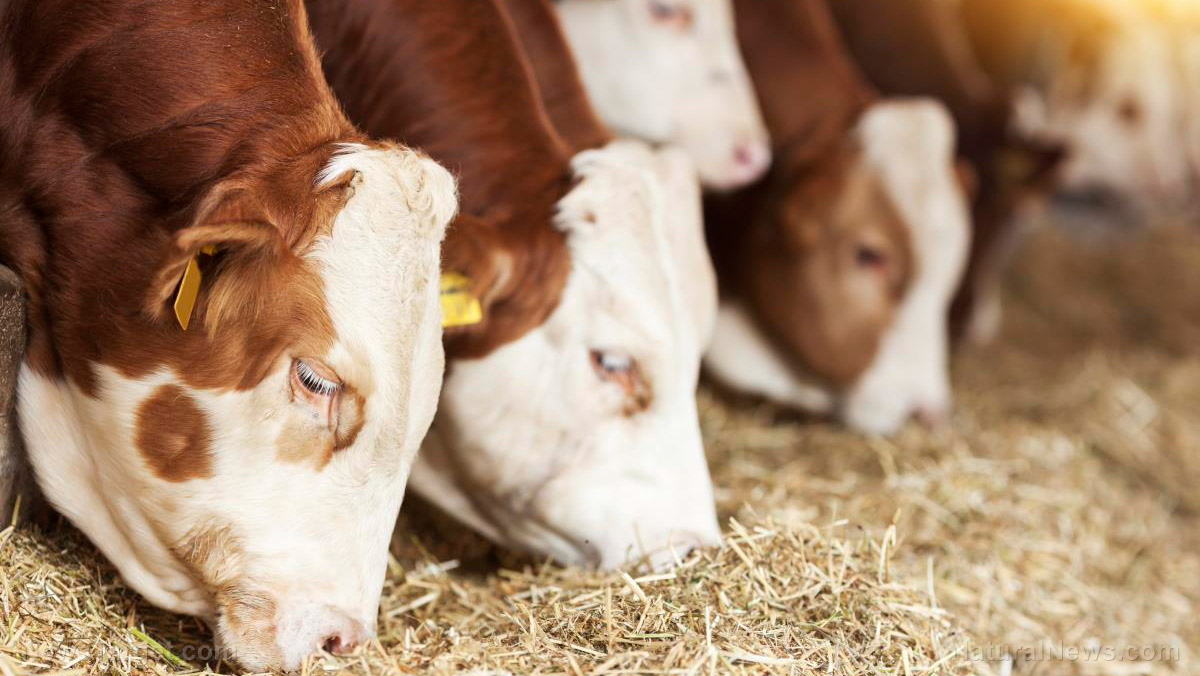 From the halting of fertilizer and animal feed shipments to the waves of arson that have burnt down food factories in America, the Biden Administration seems to be strategically and nefariously deconstructing America’s agricultural infrastructure, but why?

One reason is to convert the entire “meat” industry from real food into Franken-food. This plan, along with pushing blood-clotting vaccines for Wuhan coronavirus (COVID-19), will ensure the population reduction plan goes into full swing sooner rather than later. Expensive and toxic test-tube meat made in a laboratory is coming to every store near you, and it won’t just be a choice, it will be the ONLY choice.

Cell-based, genetically modified meat is disgusting and a dangerous food experiment that will be all but FORCED on Americans, along with clot shots

Most meat-eaters refuse to eat meat grown in a lab, but if given no other choice, will probably convert. Food shortages are being engineered across the board in America, and it’s no coincidence about all the halting of feed and fertilizer trains, burning down of food factories, and boycotting imports from breadbasket countries.

Throwing gasoline on the fire in Ukraine (under the guise of NATO) is not helping the food shortage situation, all intended to drive Americans into eating only GMO-Frankenfoods for every meal and snack. Get ready for a gel-like substance grown in test tubes from the blood of animals, that’s genetically modified and mutated to cause sickness in anything that consumes it. No safety tests have been run for human consumption of Bill Gates’ GM meat, not for the short term or long term.

Once all animal feed supplies are destroyed and cut off from farmers in America, they will be forced to sell their farm animals for slaughter just to pay their bills, and then there will be no more livestock at all, just lab-meat made from stored blood. Fake steak. Fake burger. Fake chicken. Fake turkey. Fake pig.

Artificial meat is “built” with microbes and fungus, including fake meat, dairy, egg, and even lab-made “breast milk” substitutes

Ready to be part of the grand cancer experiment? No? Maybe you should avoid Franken-meat, and Franken-eggs, and Franken-breast-milk then. From Ginkgo Bioworks and Motif Foodworks, to Nature’s Fynd and BioMilq, lab-grown animal junk science is coming to stores near you, for good.

Wave goodbye to meat from actual animals that roamed the Earth. Wave goodbye to actual animal by-products like eggs and milk, because the Biden Regime, Bill Gates, and the other globalist pigs want everyone eating Franken-foods and getting injected with Franken-vaccines.

Here’s Bill Gates trying to turn the world’s populace into Franken-Zombies who eat artificial meat every meal and get clot shots every 3 months until we reduce the world’s population by a few billion. Here’s Gates’ plan to end all real meat and sell just lab-concocted junk-science funk: “I do think all rich countries should move to 100 percent synthetic beef.

You can get used to the taste difference, and the claim is they’re going to make it taste better over time. Eventually, that green premium is modest enough that you can sort of change the [behavior] of people or use regulation to totally shift the demand.”

Bill Gates is very angry that Big Food won’t yet allow him to call this bloody-lab-funk made from cow abortions “meat.” He wants to end “meat” as we know it and substitute it all with his mass-funded lab concoctions.

That’s why rail carriers are being forced to halt shipments of grain to cow herds across America – it’s an engineered meat collapse to “shift the demand” to Franken-meat. Remember, the Health Ranger has called this out already in several articles, where halting this feed for animals is devastating the farmer’s ability to keep livestock alive and producing products without killing them all off to do it. America’s food infrastructure is being deliberately shut down, as Mike Adams has stated.

Tune your internet dial to foodsupply.news for updates on food shortages and the best food to buy to prepare for the crisis.

The Beginning of ‘Soylent Green’ – ConspiracyOz

BlackRock and Vanguard are taking over centralized food production technologies

Posted on May 4, 2022, in ConspiracyOz Posts. Bookmark the permalink. Leave a comment.

← This was Once of the Most Locked Down Places in Australia
WOOhan! Nothing to See Here! – ConspiracyOz →