Ah… The All Weather E-Scooter – ConspiracyOz Ballarat was the first Victorian city to be selected for an e-scooter trial.(Supplied: Neuron Mobility)

An increasing number of Victorians are taking to riding e-scooters as petrol prices remain high across Australia.

Since the state government’s e-scooter trial began in February, the boldly coloured micro-mobility devices have fast become fixtures in Melbourne’s CBD and inner-suburbs, as well as in Ballarat.

According to operators Neuron Mobility and Lime, high petrol prices are largely responsible for the spike in popularity.

New data from Neuron shows in the past fortnight, trips in Melbourne have increased by around 16 per cent.

Flinders Street Station is the most popular place for riders to start their trip, with peak user times during the work commute at 8am and then again at 5pm.

Lime director of government relations and public affairs William Peters said the company had seen a similar jump in usage.

“We’ll certainly be millions of trips by the end of this year.” E-scooter trips increased by 30 per cent in Ballarat in the first three weeks of March.(ABC News: Andy Hyde)

In the City of Ballarat, trips increased by close to 30 per cent for weekday trips across the first three weeks of March, as fuel prices climbed around 23 per cent in Victoria.

Richard Hannah, head of Neuron’s Australian and New Zealand operations, expects the popularity of e-scooters across the region will continue to grow.

“With increasing petrol prices and the reduced availability of fuel, people are certainly considering how they travel,” Mr Hannah said.

“We are carefully watching how, and where, our e-scooters are being used and responding accordingly.”

Despite the federal government’s slashed fuel excise providing some reprieve for drivers at the bowser in recent weeks, the price trend is still on the up across the state, according to RACV data.

Ballarat taxi driver Paul Medwell said it was costing him around 15 per cent more than usual to fill up his two diesel-run vehicles, which are used for transfers to and from Melbourne Airport.

“This week we’re looking just shy of $40 more than usual on the overall cost of petrol [for a round trip],” Mr Medwell said.

E-scooters are becoming increasingly popular but there are things to keep in mind if you decide to buy one of your own. 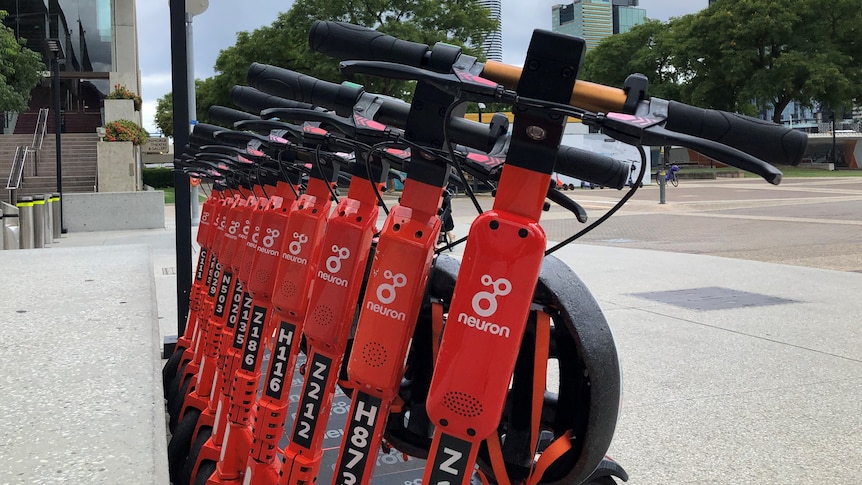 While he is committed to wearing the cost for the time being, Mr Medwell said further relief was needed as soon as possible.

“There’s not a lot of margin for what we get out of it, so we will be running on the edge,” he said.

“Hopefully they can sort something out in Ukraine to take the pressure right off.”

In the meantime, Mr Medwell is considering getting rid of his personal car and buying his own e-scooter.

While the RACV has supported the e-scooter trials, the organisation has warned it is vital for riders to follow the rules.

“E-scooter riders need to be mindful of potential hazards and risks of some of the behaviours we have recently seen, such as riding on footpaths or without a helmet,” general manager mobility, Elizabeth Kim, said.

Posted on April 24, 2022, in ConspiracyOz Posts. Bookmark the permalink. 1 Comment.