From tomorrow, elective surgeries will be paused, and singing and dancing will be banned in hospitality venues, entertainment facilities and major recreation facilities.

This prohibition will not apply for weddings.

Major events may also be subjected to risk assessments from health authorities and could be postponed at their discretion.

The adjustments are expected to be lifted on January 27.

Mr Perrottet labelled the changes as “minor” and “proportionate” which would “alleviate pressure on the hospital system and staff”.

“Our people and the effort we have made to go out, to get vaccinated, to get boosted, has been key to opening up our society, to living alongside the virus,” he said. 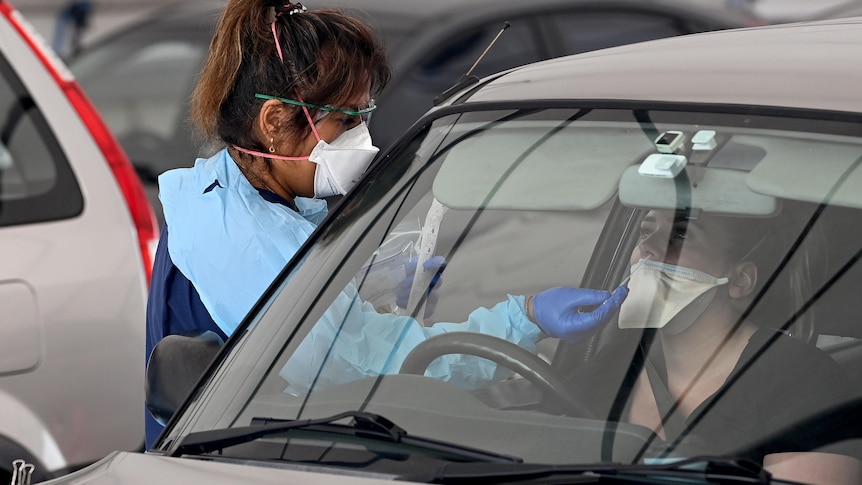 NSW is likely to reach the highest number of people being treated for COVID in intensive care since the start of the pandemic within eight days.

A new reporting system will allow people to log positive rapid antigen test (RAT) results with Service NSW, the Premier also announced, which will be made available next week.

“As we move through this period … if you do receive a positive rapid antigen test, we ask that you declare that through Service NSW and NSW Health,” he said.

“We ask that you treat that as you would a positive PCR test, and isolate in accordance with the rules.”

The Premier said any organised event should assume their event will proceed unless they’re contacted by health authorities.

“Only in circumstances where NSW Health deems that event to be a high-risk event, then we will contact those organisers and work through the current COVID-safe plans with you,” he said.

He said the government would also be encouraging the minimisation of mingling.

Chief Health Officer Kerry Chant urged people not to go “out and about” if they have symptoms.

“If you can just stay with the groups that you normally engage with, don’t go into environments where you’re mixing more broadly,” she said.

“If you are going to those big family events and there’ll be those special events such as weddings and those very sad events such as funerals, you may want to use a RAT test again, I know not everyone can get them, but if you have got one, that’s a good preventive method you can have.”

The restrictions were introduced after the state reported 38,625 new cases and 11 deaths.

NSW has recorded more infections in the past three days than during the entirety of the Delta outbreak, which ran from June 16 to November 29, when the Omicron strain was first detected.

The changes are the latest in COVID-safe policies rolled back since December 15, when the government removed several restrictions to pre-pandemic levels.

The government will also extend vaccination mandates to include booster shots, this includes in sectors such as healthcare, police and teachers.

Health Minister Brad Hazzard in a statement said for those particular settings, workers will only be classified as fully vaccinated after receiving their third shot.

Elective surgeries, which are non-urgent or not required in the next 365 days, will be paused until mid-February, which the Premier said will open capacity as the Omicron is expected to peak in the final week of January.

The Omicron outbreak has proven an enormous challenge for the Premier, just four months into his role.

Hospitals are experiencing statewide critical staff shortages while supply chains, such as those providing goods for Woolworths, have experienced delays due to COVID outbreaks at Sydney distribution centres.

The Premier on New Year’s Eve downplayed the strain the surge of cases were having hospitals – even as they warned they were “extremely vulnerable” — proclaiming the state’s health system was the “best in the world”.

On Wednesday he conceded the system was under “substantial pressure” as thousands of healthcare workers were being furloughed.

Today, he extended his gratitude to healthcare workers.

“Particularly our doctors, our nurses, our paramedics, cleaners, triple-0 call operators who every single day over the last two years … but particularly during this last period of time, are doing an amazing job,” he said.

Posted on January 7, 2022, in ConspiracyOz Posts. Bookmark the permalink. Leave a comment.