Stabed ex-PM Turnbull in the back, lied about the Submarines to France,  lied about electric cars and lies about the vaccine…you still believe in Politicians and the System? – Mick Raven

As Morrison took the podium to inform Australia of the way in which he had – coincidentally and without design, of course – helped stab Malcolm Turnbull in the back to seize the prime ministership for himself

The French Ambassador to Australia later countered during a National Press Club address that the jettisoned subs deal was a “stab in the back,” and accused Mr Morrison of being intentionally deceitful.

The Prime Minister has this week also fronted up to a major U-turn in policy to now support electric vehicles, despite mounting a scare campaign on them at the last election.

No Jab No Job…This remind you of someone? – Mick Raven

In April 2015, the Government announced that it would close off some exemptions from the immunisation requirements for eligibility for the FTB-A end-of-year supplement, Child Care Benefit (CCB) and Child Care Rebate (CCR) payments stating that it was extremely concerned at the risk non-vaccinated children pose to public health.

On 19 April 2015, Minister for Social Services, Scott Morrison, announced that after discussions with the Church of Christ, Scientist, their specific exemption would be removed as the Church advised it was no longer necessary

and the BIGGEST Lie…

Reports of death in people who have been vaccinated

Large scale vaccination means that some people will experience a new illness or die within a few days or weeks of vaccination.

The TGA reviews all deaths reported in people who have been recently vaccinated. As the number of people being vaccinated has increased, so has reporting of fatal events with a coincidental association with vaccination.

Australia’s medicines regulator has sought additional information from Pfizer after an investigation by the British Medical Journal alleged serious issues with a small number of its vaccine safety trials, including claims of “falsified data” and slowness following up on adverse reactions.

Not forgetting the Prophets (Profits) of Evil…

Really? Trust the Major Shareholders of all the Major Pharmaceutical companies… 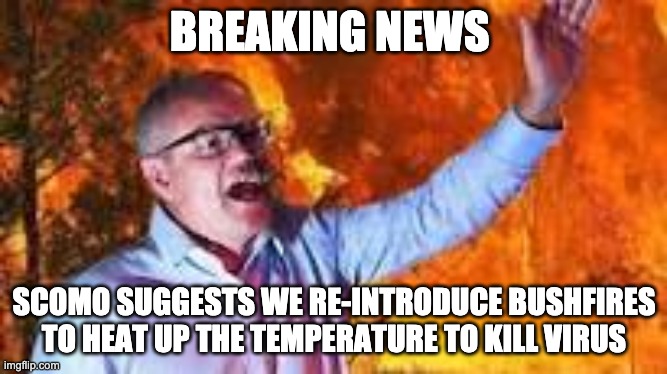 Posted on November 13, 2021, in ConspiracyOz Posts. Bookmark the permalink. Leave a comment.