In Oz? Stock up on Essentials NOW!! – ConspiracyOz 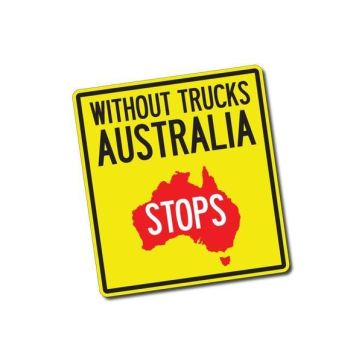 The Truck Driver Strike is on! Stock up Ppl as the shelves in the Supermarkets may go bare over the next few days – Mick Raven

‘Another development threatening to throw a major spanner into the works of an already chaotic, Covid-hit supply chain is truckies at Linfox and subsidiary Bevchain applying on Wednesday for protected action “over similar attacks to job security including wanting to bring in new employees on second-tier rates”, the union says. There are now more than 15,000 truckies heading towards strikes, the TWU says.’

Why the 24-hour national strike by truck drivers could see you waiting longer for your groceries today – Aug 27, 2021

Posted on August 27, 2021, in ConspiracyOz Posts. Bookmark the permalink. 1 Comment.