To Zoom or Not to Zoom? – ConspiracyOz 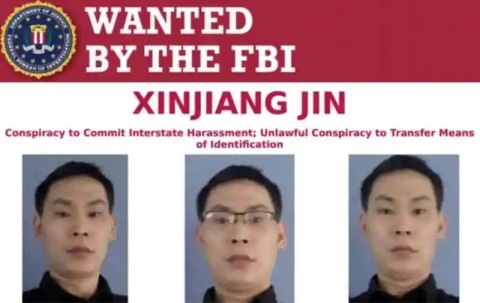 Zoom to halt direct sales of services to users in China

On April 18, 2019, the company became a public company via an initial public offering.

After pricing at US$36 per share, the share price increased over 72% on the first day of trading.

The company was valued at US$16 billion by the end of its first day of trading.

Zoom is one the companies that has come under fire for its ties to China.

The company admitted earlier this year that it had mistakenly routed some meetings through servers in China.

In June, the company shut down the account of an activist who was holding an event on the video conferencing platform

Following the incident, Zoom said it would not allow requests from the Chinese government to impact anyone outside of mainland China.

Zoom is a U.S.-founded company and its founder Eric Yuan is a Chinese immigrant who is now an American citizen.

However, the company’s development team is “largely” based in China, according to Zoom’s regulatory filing from earlier this year.

In April 2020, Citizen Lab warned that having much of Zoom’s research and development in China could “open up Zoom to pressure from Chinese authorities.”

In June 2020, Zoom was criticized for closing multiple accounts of U.S. and Hong Kong–based groups,

including that of Zhou Fengsuo and two other human rights activists, who were commemorating the 1989 Tiananmen Square protests

– Seems they (C.C.P.) were listening after all – Mick Raven

In 2019, Zoom became a public company via an initial public offering, at which time Yuan became a billionaire.

His wealth has increased during COVID-19 pandemic, as Zoom has benefited from the shift to online work and teaching.

Bin Yuan and Cathy Wang have shared voting and dispositive power over 22,587,156 shares of Class A Common Stock

held in trusts for which they serve as co trustees, representing 9.6% of the shares of Class A of Common Stock,

according to a 13-G form filed on March 3, 2021. Each of them also personally owns 1,000 shares over which they have total control.

Posted on August 16, 2021, in ConspiracyOz Posts. Bookmark the permalink. 1 Comment.