The ‘Red’ Center in W.A.? – ConspiracyOz

Ethnic groups and foreign policy experts are calling on the Perth Theatre Trust (PTT) to urgently review or scrap a policy that allows state-owned venues in Western Australia to reject hiring requests from groups “identifying with countries whose political status is unclear or in dispute”.

The trust’s policy came to light after the Australian Christian Lobby (ACL) was denied an application to hold an event at the publicly-owned Albany Entertainment Centre, which is one of several venues managed by the PTT.

In a statement released on Friday afternoon, PTT chair Morgan Solomon said the decision to reject the ACL’s booking request would be reversed.

“The PTT’s venue hire policy is under review but, as that review is unlikely to be completed in time for the proposed booking date of the ACL event, the decision to refuse the ACL’s hire request will be rescinded,” the statement said.

It requires venue managers to refer proposed hires to the PTT General Manager for review if they are:

“Proposed bookings by organisations identifying with countries whose political status is unclear or in dispute – this includes countries which have been annexed, occupied or have otherwise declared their independence”

The policy states that in cases related to countries whose “political status is unclear or in dispute,” the PTT would consult the Department of Foreign Affairs and Trade prior to deciding on venue hire.

Foreign policy academics, as well as representatives for Tibetan and Uyghur people, believed the policy was a move to appease the Chinese government.

Director of the Australian Strategic Policy Institute’s Defence, Strategy and National Security Program, Michael Shoebridge, said it was hard not to see the connection of this policy to Taiwan and the Chinese Government.

“Internationally, there is one outstanding place on the planet, where the most intense sensitivities exist, whether you call it a country or a nation or a place, and that is Taiwan,” he said.

“The reason these sensitivities exist is the Chinese state punishes and isolates people, whether they’re companies or governments, who refer to Taiwan as a country, because Beijing wants to isolate Taiwan, and its people from the international community.”

“It’s an example of how Beijing wants other countries and governments to behave.”

It has also sparked fears about freedom of expression in WA. “It’s really not the place of the Perth Theatre Trust to be enacting such policies that are so discriminatory,” she said.

“The last thing we should be accepting is that our artistic governing bodies are trying to censor others, particularly groups who already experienced persecution and censorship from a government like China’s.”

Ms McNeill said she was flabbergasted and alarmed by the policy and called for it to be urgently clarified.

“It doesn’t make any sense at all, unless the Perth Theatre Trust is scared of offending the Chinese Communist Party,” she said.

Associate Professor in political science at the University of Western Australia, Jie Chen, also said the policy was not reasonable and should be abolished.

“It doesn’t put WA and Australia in [a] good moral position in international relations,” he said. But Associate Professor Chen said he was not surprised by the policy given the WA Government has been “very critical of the harsh federal policy towards China”.

WA Premier Mark McGowan has previously warned Australia could be the “big loser” if Prime Minister Scott Morrison was not more careful in the way he referred to China.

Mr Shoebridge said the policy raised concerns about freedom of expression in Australia and this was a “nasty example of self-censorship”.

“I think it’s a really cloying, nasty, silencing direction to take,” he said.

“It’s important to stop it before it becomes acceptable or gathers momentum.” The PTT previously apologised to China when a Taiwan acrobatic group performed at the State Theatre Centre and displayed its flag.

The Trust’s former managing director, Duncan Ord, told Radio 6PR in February 2020 the Chinese Consul was in the audience on that occasion.

Mr Shoebridge said Australian audiences should be trusted to be discerning enough to understand cultural and political expression in performance.

He said serious questions needed to be answered about how this policy came about, to prevent anything similar happening in the future.

“These kinds of policies are not what the Australian public wants or expects from their political leaders — they’re the opposite,” he said.

University of Melbourne Asia Institute research associate, Melissa Conley Tyler, said political status should not be what stopped someone from being able to perform at a WA venue.

“Cultural performances are something where politics shouldn’t matter,” she said.

The PTT has previously apologised to China when a Taiwan acrobatic group performed at the State Theatre Cnetre and displayed its flag.

The Trust’s former managing director, Duncan Ord, told Radio 6PR in February 2020 the Chinese Consul was in the audience and questioned if the use of the flag was consistent with official protocol of the Australian Government’s One China policy.

After the March 15 policy update, the PTT’s policy was again adjusted on July 1 this year, to reflect an updated approval process to ensure the general manager signed off on hiring applications. The Perth Theatre Trust denied an application from the Australian Christian Lobby to hold an event at the publicly owned Albany Entertainment Centre.

The policy change was approved by the Chair and the PTT board.

The PTT operates under the WA Department of Local Government, Sport and Cultural Industries.

It currently manages venues including His Majesty’s Theatre, the Subiaco Arts Centre, the State Theatre Centre of Western Australia and the Albany Entertainment Centre.

The policy states the “PTT recognises its civic duty in ensuring the product presented in its venues aligns with community expectations of use of a government facility and government policy”.

“On 24 October 2017, the Premier [Mark McGowan] advised “that government-owned facilities not be used where the views of certain individuals do not represent the views of the West Australian Government or the vast majority of Western Australians”,” it said. 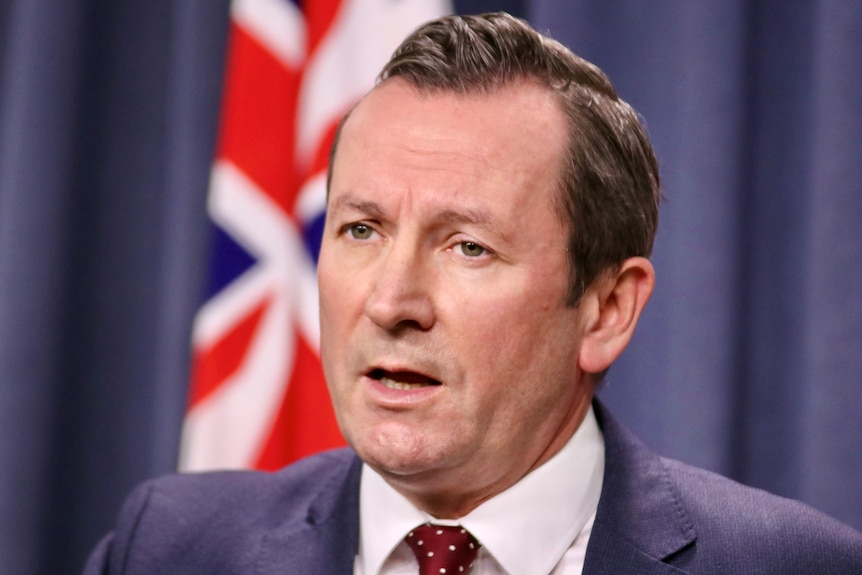 Advice from WA Premier Mark McGowan stated public facilities should not be used to air views that don’t represent those held by the majority of West Australians.(ABC News: Eliza Laschon)

A WA Government spokesperson said the government “does not support the hiring of State venues for the purposes of creating division in the community”.

The spokesperson said the primary purpose of the PTT venues was for cultural and artistic pursuits and performances and commercial hiring was a secondary activity.

In a statement, PTT chair Morgan Solomon said “the primary purpose of Perth Theatre Trust venues is for cultural and artistic expression”.

“Commercial hires are a secondary consideration, however, Perth Theatre Trust decisions will always respect the values of diversity, equality, and inclusion,” the statement said.

“The PTT will revise its Venue Hire Policy to strengthen its position to make decisions for commercial hires in accordance with the PTT’s values.”

Posted on July 16, 2021, in ConspiracyOz Posts. Bookmark the permalink. 1 Comment.