The Dodgy Tests for a Hoax – ConspiracyOz

Journalists tend to prefer to stay on the sidelines of any story, and I am no exception.

But this dramatically changed on May 14 when I was told I had tested positive for COVID-19 while in hotel quarantine, waiting to board the first repatriation flight to Darwin from India after the Australian government closed the borders.

The test result had detected what was described as a “low viral load”, but it was positive nonetheless.

Having a low viral load could suggest I might be coming to the end of an infection, had just contracted the virus, or had dead virus cells from an old infection. I braced myself for symptoms.

Testing positive for COVID-19 is a stressful experience, especially after everything I have seen and heard covering India’s catastrophic second surge while living in New Delhi.

The news was particularly stressful as my partner is pregnant. We were both in the same hotel room as each other, wanting to come home.

Just the day before I had reported a story about a young mother who was seven months pregnant and died after contracting the virus.

She recorded a plea for others to take the virus seriously before she succumbed a little over a week later. 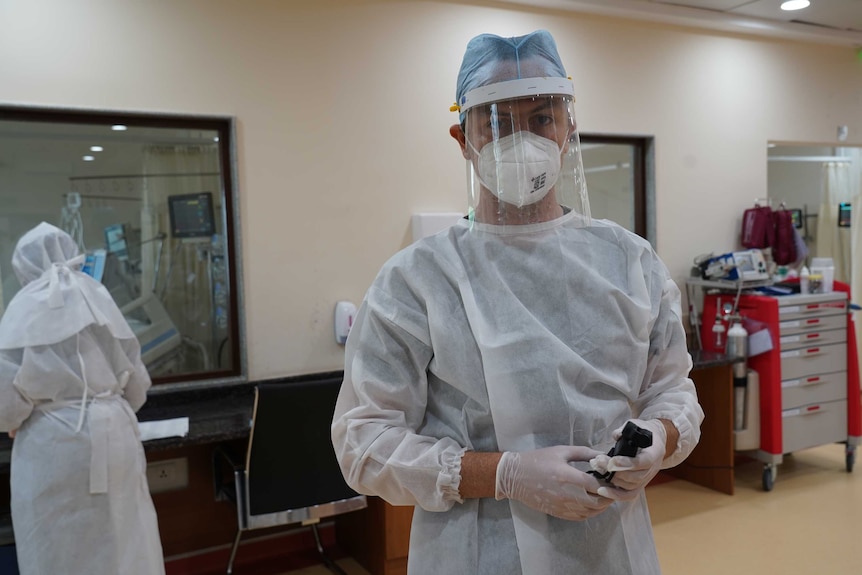 James Oaten filmed in an intensive care ward as part of his coverage of India’s latest COVID-19 outbreak.(ABC News)

A few weeks earlier I was filming in an intensive care ward looking at a 33-year-old woman who doctors said would not survive the infection. She had given birth 10 days earlier. I know she died the next day.

I will never be able to fully describe the emotions that flooded my body when I was told I was positive for coronavirus.

Fortunately, it did not take long for me to realise that something might be very wrong with my report.

My positive test became one of dozens

The ABC broke the news that half the flight passengers had been bumped due to testing positive or being deemed close contacts.

This seemed particularly high, even for a city like New Delhi, which had been the epicentre of the latest surge.

Many passengers had taken plenty of precautions to not jeopardise their spot on the flight, including me. I have been working from home for weeks.

But the news of positive reports created a panic among the group of hopeful passengers as many had not received their test report.

James Oaten spent weeks doing his work as a video journalist from home to minimise his risk of contracting COVID-19 before he was due to fly home. (Supplied: James Oaten)

Calls to the hotel, the laboratory, Qantas or the Department of Foreign Affairs and Trade (DFAT) were unfruitful.

Some people, including myself, received a phone call from the hotel telling me I had to check out before we had been officially told if we were on the flight or not.

Some passengers never received their report, and both the laboratory and Qantas had no clear answers for us.

As the day progressed, I received messages from fellow passengers that they too had tested positive with a “low viral load”.

The test collection time on several reports, including mine, were also grossly inaccurate. I am aware of other one-off errors on the reports.

Alarm bells were ringing. My journalism instincts kicked in.

The passengers who were bumped off the flight established a WhatsApp group to support each other. 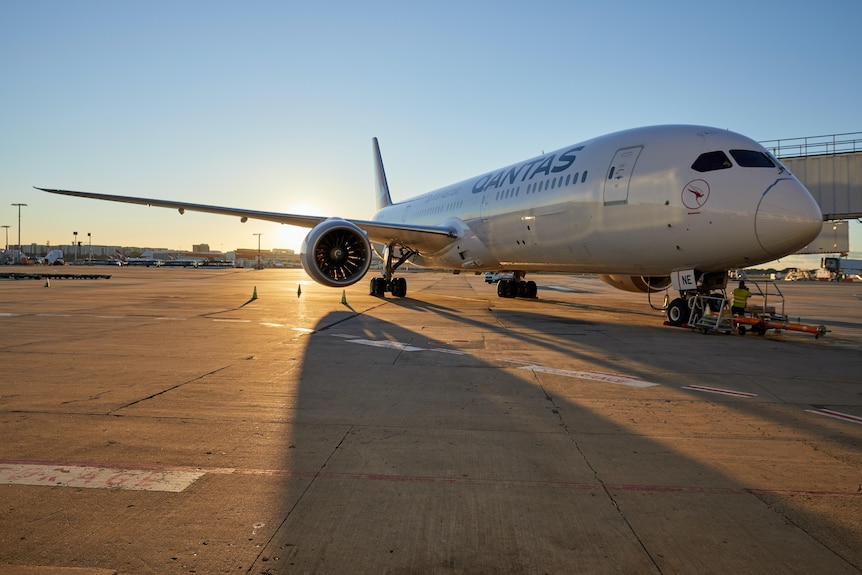 Almost half of the passengers who were meant to be on the flight were not allowed to board after 46 people tested positive(Supplied: DFAT )

Many people had stories similar to mine. They had been isolating for weeks to avoid the virus and some had also tested negative just before entering hotel quarantine.

With my colleague, foreign affairs reporter Stephen Dziedzic, I ventured down a rabbit hole to establish if something had, in fact, gone awry.

I confirmed a high number of people who, like me, had “low viral counts”, collating the test results into a spreadsheet.

Epidemiologists in Australia said such a high concentration of “low” results was unusual and raised red flags. Such passengers should have been given a second test, the experts added.

Then an even bigger issue emerged when we uncovered the testing company, CRL Diagnostics, had its accreditation suspended in April by a senior accreditation agency, the National Accreditation Board for Testing and Calibration Laboratories (NABL).

This incident is a result of total lack of regulation of path labs. @CrlDiagnostics endangered the public in a health crisis. Greater fault lies with @NABL_QCI for lax enforcement that enables such behaviour & not informing @ICMRDELHI. But root cause is Govt’s refusal to regulate https://t.co/9LUPtN1HWz pic.twitter.com/EdV4e00POp

NABL accreditation is a prerequisite to be listed by the Indian Council for Medical Research as an approved COVID-19 testing laboratory. 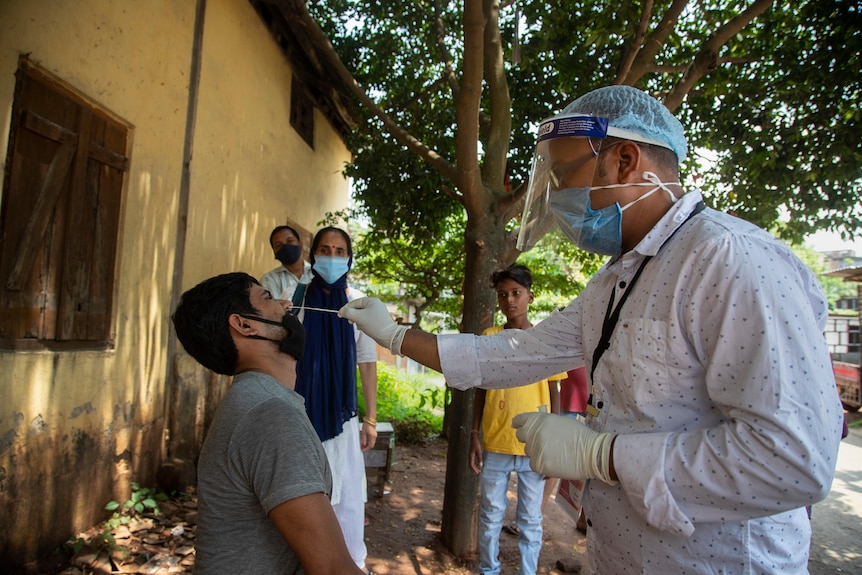 Having NABL accreditation is a form of quality assurance, and this government guideline was introduced when private companies were allowed to conduct RT-PCR tests in India last year.

I now have reports from 22 passengers whose tests came back in the same “low” range mine did.

Twelve have provided copies of negative COVID-19 tests conducted after the hotel quarantine.

One of those has acquired a test showing they do not have COVID antibodies, suggesting they’ve never been in contact with the virus.

There remain serious questions about the accuracy of the testing lab used.

While India has excellent testing laboratories, the system has been overwhelmed during this second surge, and there are reports of negligence and fraudulence.

Pathologist Rohin Jain, who works in a NABL-accredited laboratory, said in this instance India’s regulatory system had failed and a lab had continued to conduct COVID-19 tests when it was not supposed to do so.

Passengers who have since tested negative want a second chance to board a flight before a required two-week isolation period is complete.

The result was bittersweet.

“It will make us sick but won’t put us into hospital. Some people may die but it will be way smaller than the flu.”

Posted on May 20, 2021, in ConspiracyOz Posts. Bookmark the permalink. 2 Comments.