Bats out of the Bag? – ConspiracyOz

We know Gates’s  connections ie The W.H.O. plus Event 201(9?) with Fauci (Dr Batman) and the John Hopkins University,

but what about China and the U.S.? – Mick Raven 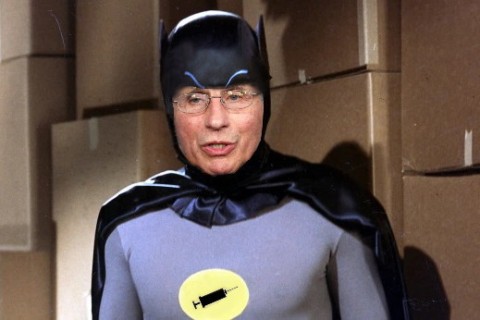 China connection to the Cov19 fiasco

in the country amidst questions whether the COVID-19 originated from such a laboratory in Wuhan.

The Chinese government and the W.H.O. knew about the person-to-person transmission of COVID-19 earlier than they reported according to a Chinese virologist.

U.S. connection to the Cov19 fiasco

Harvard professor indicted for false statements about work in Wuhan

The NIH grant to EcoHealth Alliance

In 2014, the U.S. National Institute of Allergy and Infectious Disease, the part of the NIH headed by FAUCI,

awarded a $3.4 million grant to the New York-based EcoHealth Alliance,

which aims to protect people from viruses that jump from species to species.

The group hired the virology lab in Wuhan to conduct genetic analyses of ‘BAT’ coronaviruses collected in Yunnan province,

about 800 miles southwest of Wuhan. EcoHealth Alliance paid the lab $598,500 over five years.

The lab had secured approval from both the U.S. State Department and the NIH.

That the NIAID funded the project is not in question. However,

the WorldNetDaily article goes further than that, claiming that the grant covered

“gain of function” research on a ‘BAT’ coronavirus, which “created” SARS-CoV-2.

Gain-of-function research is a controversial form of study that involves boosting the infectivity and lethality of a pathogen.

FAUCI has advocated for gain-of-function research in the past. In a 2011 article he co-wrote for the Washington Post,

he promoted it as a means to study influenza viruses.

FAUCI (Dr Batman) shot down theories the virus that has caused a global pandemic was man-made or released from a Chinese lab.

U.S. Gov Funding research at Wuhan Lab in 2014 to study coronaviruses in BATS

Dr. Redfield told CNN that it was his “opinion” that SARS-CoV-2 did not evolve naturally.

Dr. FAUCI started by pointing out that the former Chief noted that it was “a possibility”that the Virus Came From the Wuhan Lab.

Posted on May 7, 2021, in ConspiracyOz Posts. Bookmark the permalink. Leave a comment.