Must Be a Police State (USA), They Couldn’t be That Stupid – ConspiracyOz

A video-recorded arrest has put police in California under fire over the death of a Latino man who was pinned to the ground for more than five minutes.

Police in California are under fire over the death of a Latino man who was pinned to the ground for more than five minutes in a video-recorded arrest.

The death in Alameda unfolded the same day a jury in Minneapolis began deliberating in the George Floyd case.

Autopsy findings on the cause of death have not been released, but the family of 26-year-old Mario Gonzalez blamed police, accusing them on Tuesday of using excessive force and escalating what should have been a minor encounter with the unarmed man.

“The police killed my brother in the same manner they killed George Floyd,” Gerardo Gonzalez said.

On a fundraising page set up to cover funeral costs, Gerardo said watching the bodycam footage was “re-traumatising and heartbreaking” and “reaffirmed our fight for justice for Mario”. 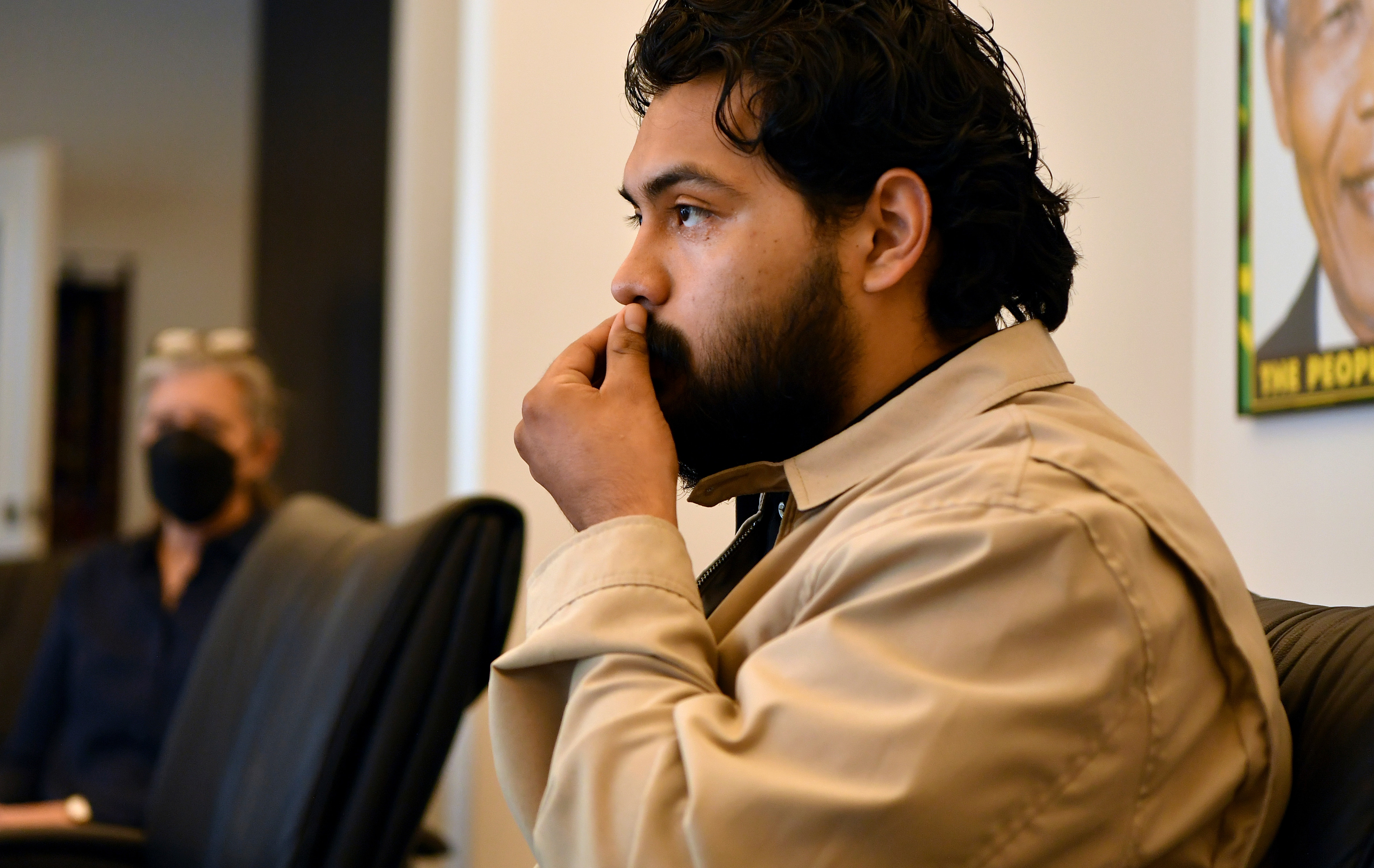 In a statement, the San Francisco Bay Area city said it is “committed to full transparency and accountability in the aftermath of Mr Gonzalez’s death.”

The death is under investigation by the Alameda County Sheriff’s Department, the district attorney’s office and a former San Francisco city attorney hired by Alameda to lead an independent probe.

The three officers involved in the arrest have been placed on paid leave.

Officer James Fisher has been with the Alameda Police Department since 2010, while the others, Cameron Leahy and Eric McKinley, joined in 2018, the city said.

Mr Gonzalez stopped breathing following a scuffle with police on the morning of 19 April at a park, where officers had confronted him after receiving 911 calls that said he appeared disoriented or drunk.

A police statement said Mr Gonzalez had a medical emergency after officers tried to handcuff him.

The arrest took place just hours before the case against former Minneapolis police Officer Derek Chauvin went to the jury.

The next day, Mr Chauvin was convicted of murder and manslaughter for pinning Mr Floyd to the pavement with his knee on the black man’s neck.

When Mr Gonzalez doesn’t produce any identification, the officers are seen on video trying to force his hands behind his back to handcuff him, but he resists and they take him to the ground.

Mr Gonzalez is seen grunting and shouting as he lies face down on wood chips while the officers restrain him. One officer puts an elbow on his neck and a knee on his shoulder.

“He’s lifting my whole body weight up,” an officer says at one point.

One officer also appears to put a knee on his back and leaves it there for about four minutes as Mr Gonzalez gasps for air, saying, “I didn’t do nothing, OK?”

Mr Gonzalez’s protests appear to weaken, and after about five minutes he seems to lose consciousness.

Shortly before he stops breathing, one officer asks the other: “Think we can roll him on his side?”

The other answers, “I don’t want to lose what I got, man.”

The video shows officers rolling Mr Gonzalez over and performing CPR. They are also seen administering at least two doses of Narcan, which is given to counteract opiate overdoses.

Mr Gonzalez was later pronounced dead at a hospital.

With additional reporting by AFP.

Posted on April 29, 2021, in ConspiracyOz Posts. Bookmark the permalink. Leave a comment.