The Title says it all…Gates says NO to helping the Poor. Now do you get it – Mick Raven 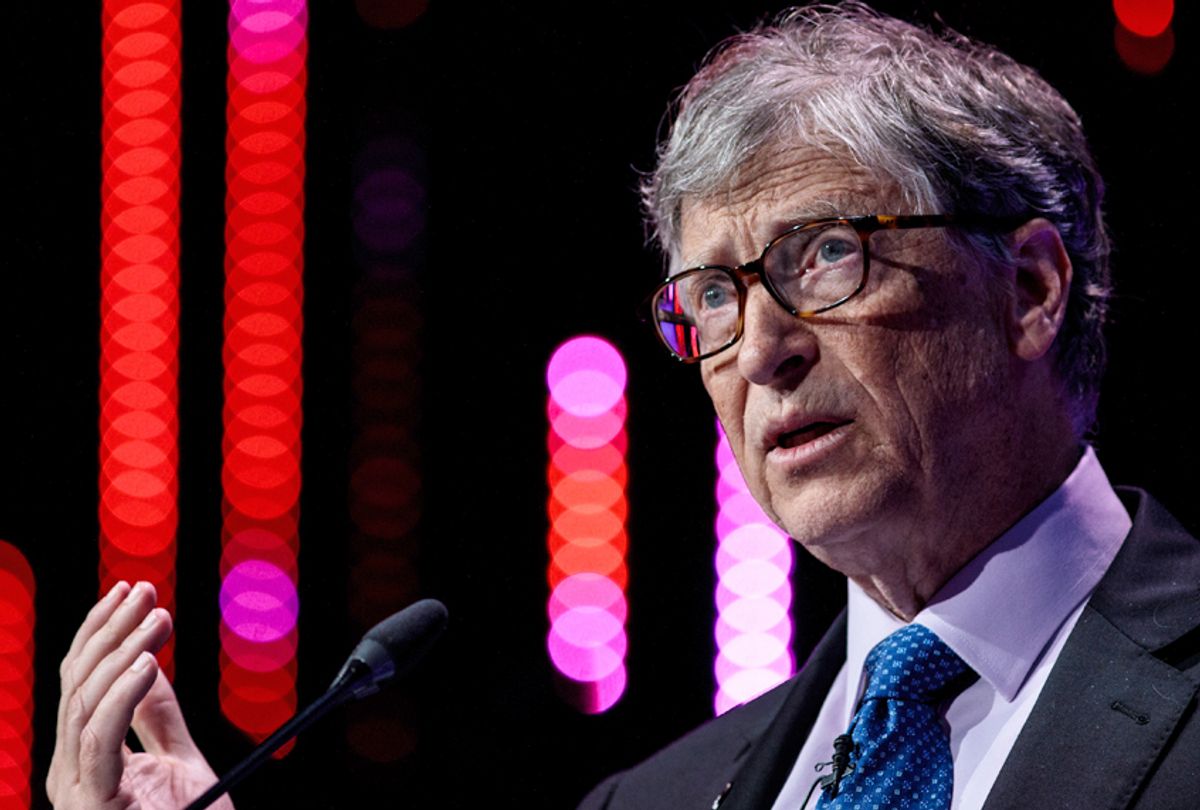 Bill Gates, one of the world’s richest men and most powerful philanthropists, was the target of criticism from social justice campaigners on Sunday after arguing that lifting patent protections on COVID-19 vaccine technology and sharing recipes with the world to foster a massive ramp up in manufacturing and distribution — despite a growing international call to do exactly that — is a bad idea.

Directly asked during an interview with Sky News if he thought it “would be helpful” to have vaccine recipes be shared, Gates quickly answered: “No.”

Asked to explain why not, Gates — whose massive fortune as founder of Microsoft relies largely on intellectual property laws that turned his software innovations into tens of billions of dollars in personal wealth — said:

“Well, there’s only so many vaccine factories in the world and people are very serious about the safety of vaccines. And so moving something that had never been done — moving a vaccine, say, from a [Johnson & Johnson] factory into a factory in India — it’s novel — it’s only because of our grants and expertise that that can happen at all.”

The reference is to the Serum factory in India, the largest such institute in the country, which has contracts with AstraZeneca to manufacture their COVID-19 vaccine, known internationally as Covishield.

The thing that’s holding “things back” in terms of the global vaccine rollout, continued Gates, “is not intellectual property. It’s not like there’s some idle vaccine factory, with regulatory approval, that makes magically safe vaccines. You know, you’ve got to do the trial on these things. Every manufacturing process needs to be looked at in a very careful way.”

Critical advocates for robust and immediate change to intellectual property protections at the World Trade Organization when it comes to the COVID-19 vaccines, however, issued scathing indictments of Gates’ defense of the status quo.

Nick Dearden, executive director of Global Justice Now, one of the lead partner groups in an international coalition calling for WTO patent waivers at a crucial meeting of the world body next month, characterized Gates’ remarks — and the ideological framework behind them — as “disgusting.”

“Who appointed this billionaire head of global health?”asked Deardon. “Oh yeah, he did.”

Journalist Stephen Buryani, who on Saturday wrote an in-depth Guardian column on the urgent need for the patent waivers and technology sharing, offered a similarly negative view of the billionaire’s “awful” arguments against sharing the vaccine technology.

Gates, charged Buryani, “acts like an optimist but has a truly dismal vision of the world.”

During the Sky News interview, Gates said it was “not completely surprising” that the richest nations like U.S., U.K. and others in Europe vaccinated their populations first. He said that made sense because the pandemic was worse in those countries, but said he believed that “within three or four months the vaccine allocation will be getting to all the countries that have the very severe epidemic.”

Read the comments above before they are censored – Mick Raven

Posted on April 28, 2021, in ConspiracyOz Posts. Bookmark the permalink. 1 Comment.