Still Don’t Get It? – ConspiracyOz

Covid-19 pushed many into poverty but brought huge benefits for some of the wealthiest, renewing calls for fairer taxes

Ten of the richest people in the world have boosted their already vast wealth by more than $400bn (£296bn) since the coronavirus pandemic began as their businesses were boosted by lockdowns and financial crises across the globe.

The extra wealth accumulated by the 10 men – approximately $450bn, using Forbes figures – over the past nine months is more than the £284bn the British government is estimated to have spent on tackling the pandemic and the economic damage it has wrought on its 66 million people. 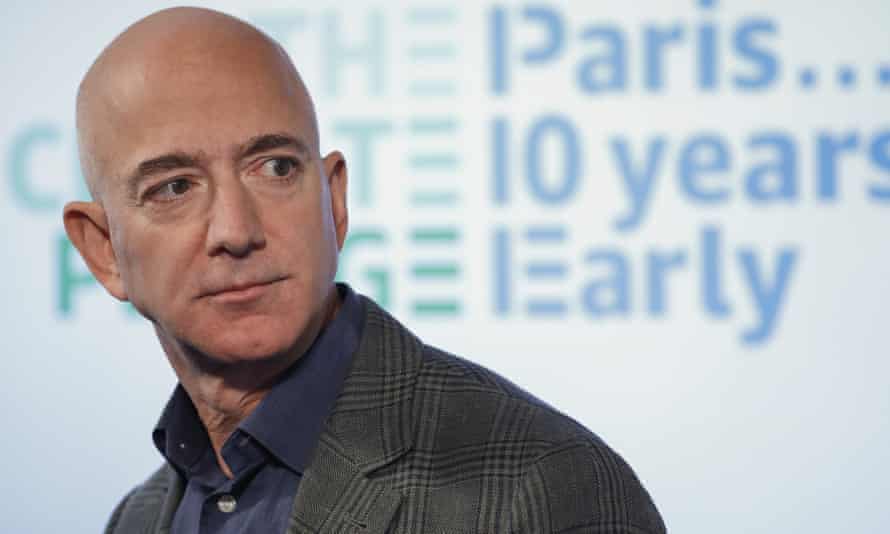 In a related report, the campaign group Americans for Tax Fairness estimates the collective wealth of America’s 651 billionaires has risen by $1.1tn over the same period. Frank Clemente of Americans for Tax Fairness said:
“Their pandemic profits are so immense that America’s billionaires could pay for a major Covid relief bill and still not lose a dime of their pre-virus riches.

Their wealth growth is so great that they alone could provide a $3,000 stimulus payment to every man, woman and child in the country, and still be richer than they were nine months ago.”

Jeff Bezos, the founder and chief executive of Amazon, has watched his wealth rocket by $70bn since March to a record $185bn as hundreds of millions of people trapped at home turned to the online delivery giant to keep themselves fed and entertained.

Other members of the super-rich elite who have seen huge financial benefits during the crisis include: Elon Musk, the maverick founder of Tesla; Bernard Arnault, the French billionaire who owns most of luxury brand portfolio LVMH; Facebook’s Mark Zuckerberg; and Google’s Larry Page.

Ana Arendar, the head of Oxfam’s inequality campaign, said the fact that the richest of the rich have made so much money during the coronavirus pandemic “proves beyond a shadow of a doubt that the global economic system is not fit for purpose”.

“Allowing the wealth of a tiny few to explode while hundreds of millions suffer is nothing short of a dereliction of duty,” she said of global governments’ inaction on widening inequality.

“Extreme poverty is rising for the first time in a decade and hundreds of millions of people face dire hardship; in many cases failing into debt, skipping meals and being forced into destitution,” Arendar said. “Governments need to stop pandering to the richest. A wealth tax would barely make a difference to the fortunes of the richest but could provide a lifeline for those hit hardest by the pandemic.”

While many small businesses have been hit hard by the pandemic and the worst economic crisis since the Great Depression of the 1930s, Amazon’s shares have increased by 90% since March.

Bezos, who started Amazon in his garage in 1994, still owns 11% of the company’s stock, as well as space travel venture Blue Origin and the Washington Post. During the pandemic, his wealth has grown by 66%. 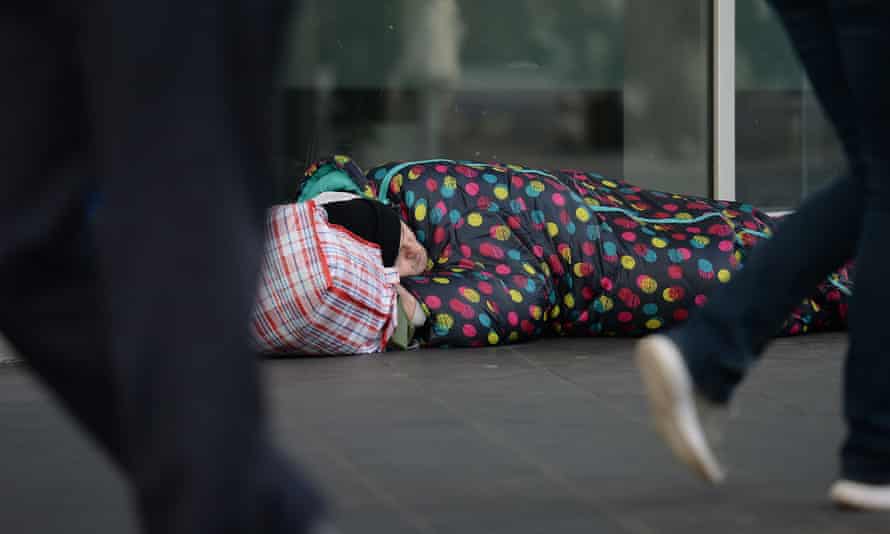 Covid-19 lockdowns and financial crises have pushed people into poverty around the world.
Photograph: Nick Ansell/PA

Last week his ex-wife, Mackenzie Scott, revealed she had given away $4bn to good causes in the past four months, taking her donations since the pandemic started to nearly $6bn. Scott has a fortune of more than $50bn (£37bn) after her divorce settlement with Bezos last year and has pledged to give away much of her wealth. She said Covid-19 had “been a wrecking ball in the lives of Americans already struggling … [but had] substantially increased the wealth of billionaires”.

But the Amazon founder’s gains pale in comparison to those of Elon Musk, the co-founder and chief executive of electric car company Tesla.

Musk’s fortune soared to $153bn, up from $25bn in March, as investors bet that the pandemic would lead governments to speed up the switch from internal combustion engines to electric vehicles. Musk, 49, owns 20% of Tesla and is now the world’s second-richest person, up from 35th in the global league table of billionaires back in January.

Tesla shares have risen almost sevenfold since March as investors bet that the company would be a clear leader in an electric future. From Monday, the firm will be included in the blue-chip S&P 500 index – news which has led to a further surge in demand for shares over recent weeks.

Bernard Arnault, Europe’s richest person, has seen his fortune double since the pandemic began, as demand for luxury brands in his LVMH Moët Hennessy Louis Vuitton stable bounced back. Arnault’s wealth increased from $69bn in March to $148bn, to make him the third-richest person on the planet. 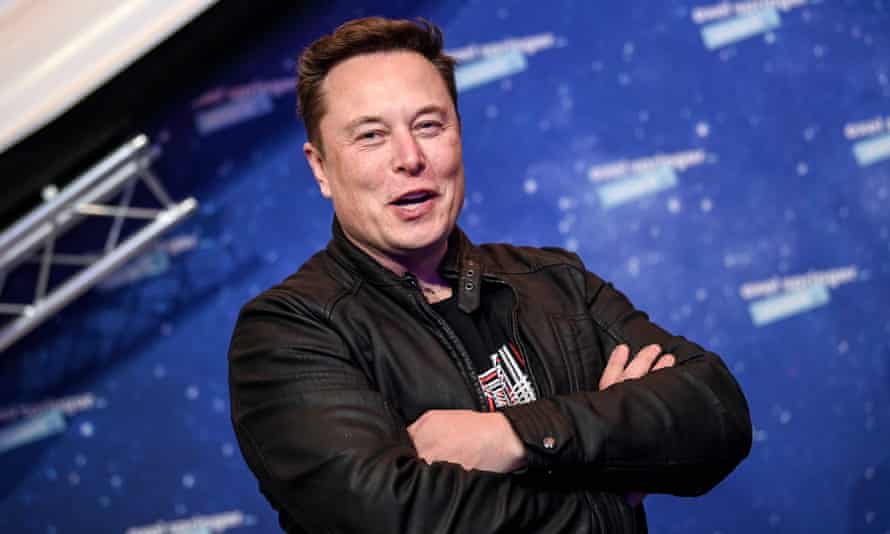 Elon Musk, the founder of Tesla, is another member of the super-rich whose vast fortune has expanded during the pandemic. Photograph: Britta Pedersen/AFP/Getty Images

Bill Gates, co-founder of Microsoft turned philanthropist and the fourth-richest person, has an estimated $120bn fortune. Gates’s wealth has increased by about $20bn since March. Over the same period he has committed billions to the development of coronavirus vaccines and healthcare projects related to the Covid-19 pandemic.

Luke Hildyard, executive director of the High Pay Centre, a thinktank that focuses on excessive pay, said: “People perhaps fail to appreciate the vast extent of billionaire wealth. To give you some perspective, just the increase in the net worth of these 10 individuals over the past 10 months is more than the estimated amount that the UK government has spent this year fighting the health and economic consequences of the coronavirus on behalf of 66 million people.”

The other billionaires to have significantly boosted their fortunes since the pandemic began are Facebook’s Mark Zuckerberg, who saw his wealth increase by about 80% to $100bn, investor Warren Buffett, whose fortune increased by 26% to $85bn, and Larry Ellison, co-founder of Oracle, whose wealth swelled by 50% to $88bn. Google’s Larry Page increased his wealth by half to $76bn, his co-founder, Sergey Brin, saw a similar increase to $74bn, and Amancio Ortega, founder of Inditex, saw his fortune rise 47% to $75bn.

Posted on January 26, 2021, in ConspiracyOz Posts. Bookmark the permalink. Leave a comment.