Old King Carl was a Sorry ‘ol Soul?…Yup! Have a look at Swedens death rate for the last 10 years…go Figure! – Mick Raven

Sweden’s King Carl XVI Gustaf says he believes his country has failed to protect the elderly in care homes from the effects of the pandemic.

“I think we have failed. We have a large number who have died and that is terrible. It is something we all suffer with,” the monarch said.

His comments followed the conclusions presented Tuesday by an independent commission that looked into Sweden’s handling of the pandemic. It said that elderly care in Sweden has major structural shortcomings and authorities have proved unprepared and ill-equipped to meet the pandemic. 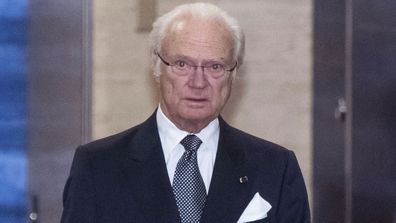 Sweden has stood out among European and other nations for the way it has handled the pandemic, long not mandating lockdowns like other nations but relying on citizens’ sense of civic duty. The Scandinavian country has seen nearly 7,700 virus-related deaths.

In September, Sweden lifted a national ban on visiting elderly people in care homes, saying it the need had decreased. The ban came after the bulk of Sweden’s deaths earlier this year were recorded among people above the age of 70, and many in nursing homes.

“You think of all the family members who have not been able to say goodbye to their deceased family members,” the king said in an excerpt of a pre-recorded Christmas interview to be broadcast December 21 on Swedish broadcaster SVT. “I think it is a heavy and traumatic experience not to be able to say a warm goodbye.”

The excerpt was broadcast on SVT.

Posted on December 18, 2020, in ConspiracyOz Posts. Bookmark the permalink. Leave a comment.