← UN World Food Program Warns Of “Famines Of Biblical Proportions In 2021” As Some Americans Wait 12 Hours For Food
Former Pfizer VP: ‘No need for vaccines,’ ‘the pandemic is effectively over’ →

The World’s Most Powerful Doctor: Bill Gates… Before the Pandemic – ConspiracyOz

Some billionaires are satisfied with buying themselves an island. Bill Gates got a United Nations health agency in Geneva.

Over the past decade, the world’s richest man has become the World Health Organization’s second biggest donor, second only to the United States and just above the United Kingdom. This largesse gives him outsized influence over its agenda, one that could grow as the U.S. and the U.K. threaten to cut funding if the agency doesn’t make a better investment case.

The result, say his critics, is that Gates’ priorities have become the WHO’s. Rather than focusing on strengthening health care in poor countries — that would help, in their view, to contain future outbreaks like the Ebola epidemic — the agency spends a disproportionate amount of its resources on projects with the measurable outcomes Gates prefers, such as the effort to eradicate polio.

Concerns about the software billionaire’s sway — roughly a quarter of WHO’s budget goes toward polio eradication — has led to an effort to rein him in. But he remains a force to be reckoned with, as WHO prepares to elect one of three finalists to lead the organization.

“All of the candidates are going to have to ally with him in some way,” said Sophie Harman, associate professor of international politics at Queen Mary University of London. “You can’t ignore him.”

“He is treated liked a head of state, not only at the WHO, but also at the G20” — Geneva-based NGO representative

Already a decade ago, when Gates started throwing money into malaria eradication, top officials — including the chief of the WHO’s malaria program — raised concerns that the foundation was distorting research priorities. “The term often used was ‘monopolistic philanthropy’, the idea that Gates was taking his approach to computers and applying it to the Gates Foundation,” said a source close to the WHO board.

The billionaire was the first private individual to keynote WHO’s general assembly of member countries, and academics have coined a term for his sway in global health: the Bill Chill. Few people dare to openly criticize what he does. Most of 16 people interviewed on the topic would only do so on the condition of anonymity.

“He is treated liked a head of state, not only at the WHO, but also at the G20,” a Geneva-based NGO representative said, calling Gates one of the most influential men in global health.

The member country delegates POLITICO spoke to did not voice particular concern over Gates’ influence and were confident he is well intentioned.

However, his sway has NGOs and academics worried. Some health advocates fear that because the Gates Foundation’s money comes from investments in big business, it could serve as a Trojan horse for corporate interests to undermine WHO’s role in setting standards and shaping health policies.

Others simply fear the U.N. body relies too much on Gates’ money, and that the entrepreneur could one day change his mind and move it elsewhere.

Gates and his foundation team have heard the criticism, but they are convinced that the impact of their work and money is positive. 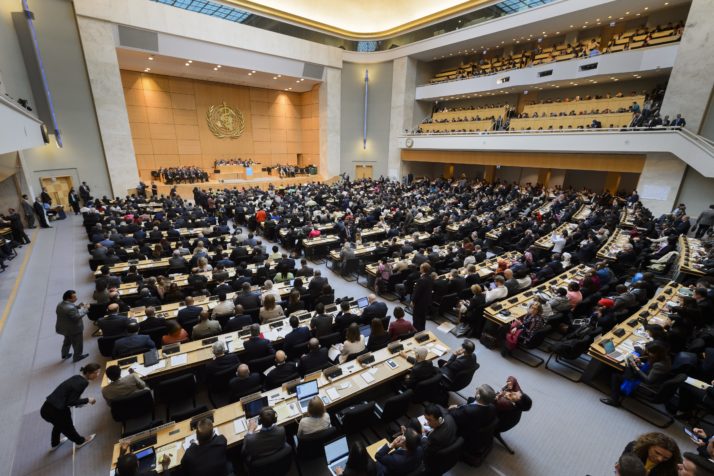 “It’s always a fair question to ask whether a large philanthropy has a disproportionate influence,” said Bryan Callahan, deputy director for executive engagement at the Bill and Melinda Gates Foundation. “When it comes to the priorities that the foundation has identified and that we choose to invest in, we hope that we are helping to create an enabling environment,” he said.

Steve Landry, the Gates Foundation’s director of multilateral partnerships, said the foundation provides “significant funds” to program teams that then decide how to use them best.

The Gates Foundation has pumped more than $2.4 billion into the WHO since 2000, as countries have grown reluctant to put more of their own money into the agency, especially after the 2008 global financial crisis.

Dues paid by member states now account for less than a quarter of WHO’s $4.5 billion biennial budget. The rest comes from what governments, Gates, other foundations and companies volunteer to chip in. Since these funds are usually earmarked for specific projects or diseases, WHO can’t freely decide how to use them.

Polio eradication is by far WHO’s best-funded program, with at least $6 billion allocated to it between 2013 and 2019, in great part because around 60 percent of the Gates Foundation’s contributions are earmarked for the cause. Gates wants tangible results, and wiping out a crippling disease like polio would be one.

But the focus on polio has effectively left WHO begging for funding for other programs, particularly to prop up poor countries’ health systems before the next epidemic hits.

The Ebola crisis of 2014, which killed 11,000 people in West Africa, was a particularly bruising experience for WHO. An emergency program drawn up in the wake of the epidemic has so far received just around 60 percent of the $485 million needed for 2016-2017.

Gates’ influence over the WHO was called into question once again during the race to succeed Chan as its director general.

Outgoing WHO boss Margaret Chan has also had to scale back her attempt to get countries to increase mandatory contributions for the first time in a decade. Chan initially hoped for a 10 percent hike, but WHO will end up asking for just 3 percent more this month after some countries objected.

That makes the Gates Foundation’s input all the more important. “They come with a checkbook, and with some smart ideas,” said Laurie Garrett, a senior fellow for global health at the Council on Foreign Relations.

Most of the Gates Foundation’s influence in the WHO is very discreet, she said, adding that it can also decide to take initiatives outside of the organization, as it did with GAVI, which helps the poorest countries buy vaccines in bulk at a discount, or with a recently launched Coalition for Epidemic Preparedness Innovations, an alliance to develop vaccines for emerging infectious diseases.

But the foundation’s focus on delivering vaccines and medicines, rather than on building resilient health systems, has drawn criticism. And some NGOs worry it may be too close to industry.

In January, 30 health advocacy groups penned an open letter to WHO’s executive board protesting against making the Gates Foundation an official partner of the agency because its revenue comes from investments in companies that are at odds with public health goals, such as Coca-Cola.

The Gates Foundation says it operates as a separate entity from the trust, thanks to a “strict firewall,” and that it remains independent from its investments, which strictly exclude the tobacco, alcohol or arms industries.

Worries about the growing role of private money led member nations to agree, after several years of negotiations, on a new policy governing how it engages with entities such as private foundations, companies and NGOs. It is currently being rolled out across the agency.

Despite the criticism, WHO’s board granted the Gates Foundation “official relations” status. In practice, several sources said it does not change much to the relations WHO already had with the foundation.

Gaudenz Silberschmidt, WHO’s director for partnerships, said the new status is based on a three-year collaboration plan: “That means we have a solid planning and we and member states know what we are doing with them.”

The U.N. body also changed four years ago the way its budget is approved, to ensure member countries set its priorities. That means Gates can only put money into projects the 194 members support; the foundation cannot pitch a new one out of the blue and ask WHO to work on it right away just because it is providing the money. 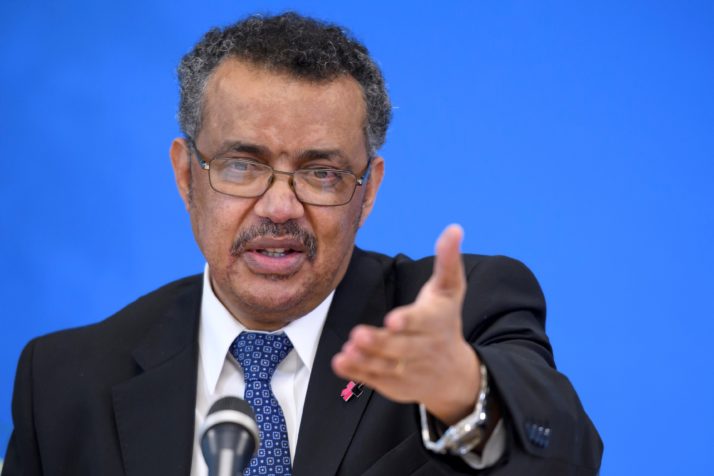 These changes have calmed some criticism of its growing influence over the health body, Silberschmidt and two sources close to the WHO board said.

The foundation also seems to have got the message. Its representatives meet five to six times a year with other major donors to discuss the WHO’s priorities, and how it can support them, Landry said.

Two representatives of major donor countries confirmed the foundation’s envoys had been very cooperative in recent years. “They’re much more inclusive. They bring in other stakeholders, talk to member states to really try to build consensus,” said one delegate.

With the best intentions

Gates’ influence over the WHO was called into question once again during the race to succeed Chan as its director general.

The final three candidates include Sania Nishtar, a cardiologist from Pakistan who has pledged to take the agency “back to its former glory”; David Nabarro, a British physician and former U.N. special envoy for Ebola; and Tedros Adhanom Ghebreyesus, who has served as health minister and foreign minister in the Ethiopian government.

“I don’t think they have any bad intentions. They are just such a big player that as immediately as they put money down they can disrupt things” — Geneva-based diplomat

Tedros, who like many in Ethiopia goes by his first name, is supported by the African Union. He has promised to reform the organization to better deal with crises like Ebola and to push for universal access to health care all over the world.

Last year, a French diplomat suggested that Gates also supports Tedros, having funded health programs in his country when he was health minister. Several foundation officials have denied this, saying that the foundation cannot take a position given that it is not a voting member country and thus has to remain neutral.

The new WHO boss will be selected by the member countries who have paid their membership fees on May 23, at an annual meeting in Geneva.

Still, most country representatives who agreed to speak anonymously on the topic said they were not particularly concerned with the Gates Foundation’s influence on WHO.

“I don’t think they have any bad intentions. They are just such a big player that as immediately as they put money down they can disrupt things,” said one Geneva-based diplomat. 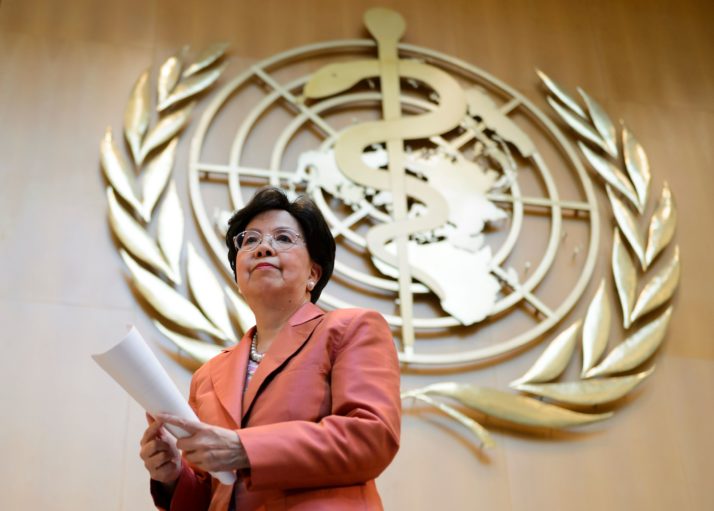 “As far as I can tell, people are really happy with anyone who is giving money,” said another.

One big unknown is what will happen with the foundation’s money once it meets its target of eradicating polio, which started in the late 1980s and now appears to be nearing its goal. Chan has warned that if the polio money dries up in 2019, the global health body will be on the lookout for even more money.

The Gates Foundation’s Landry said his colleagues were working with WHO and its polio team on a “transition plan” to ensure the programs currently funded by the polio effort don’t run into trouble once the money stops flowing. WHO is due to present a report on it to member countries in May.

“The foundation’s impact on the WHO is enormous,” said Garrett, of the Council on Foreign Relations. “If they weren’t there, if they walked away with their money, the deleterious impact would be profound, and everyone is all too aware of that.”

Posted on November 24, 2020, in ConspiracyOz Posts. Bookmark the permalink. 1 Comment.

← UN World Food Program Warns Of “Famines Of Biblical Proportions In 2021” As Some Americans Wait 12 Hours For Food
Former Pfizer VP: ‘No need for vaccines,’ ‘the pandemic is effectively over’ →