← ‘You WILL Not Be Self Sufficient!’ – ConspiracyOz
The Gates of Hell: Remove The Gatekeeper & Seal The Doors →

Per capita, Japan has more elderly than any other country in the world
Image copyright Getty

Why haven’t more people in Japan died from Covid-19? It is a macabre question that has spawned dozens of theories, from Japanese manners to claims that the Japanese have superior immunity.

Japan does not have the lowest death rate for Covid-19 – in the region, South Korea, Taiwan, Hong Kong and Vietnam can all boast lower mortality.

But in the early part of 2020, Japan saw fewer deaths than average. This is despite the fact that in April, Tokyo saw about 1,000 “excess deaths’ – perhaps due to Covid. Yet, for the year as a whole, it is possible that overall deaths will be down on 2019.

This is particularly striking because Japan has many of the conditions that make it vulnerable to Covid-19, but it never adopted the energetic approach to tackling the virus that some of its neighbours did. 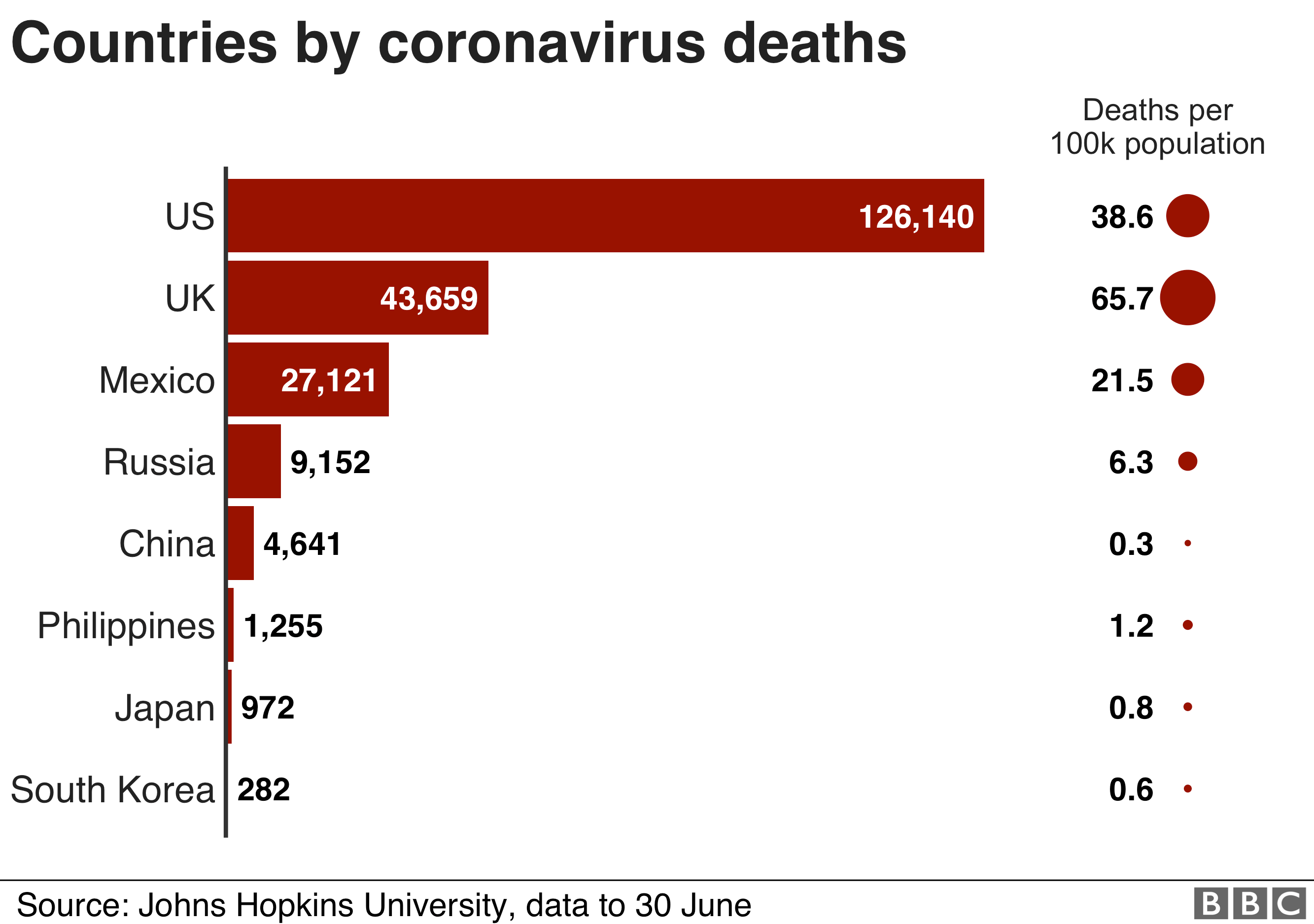 What happened in Japan?

At the height of the outbreak in Wuhan in February, when the city’s hospitals were overwhelmed and the world put up walls to Chinese travellers, Japan kept borders open.

As the virus spread, it quickly became clear that Covid is a disease that primarily kills the elderly and is massively amplified by crowds or prolonged close contact. Per capita, Japan has more elderly than any other country. Japan’s population is also densely packed into huge cities.

Greater Tokyo has a mind-boggling 37 million people and for most of them, the only way to get around is on the city’s notoriously packed trains.

Then there is Japan’s refusal to heed the advice of the World Health Organization (WHO) to “test, test, test”. Even now, total PCR tests stand at just 348,000, or 0.27% of Japan’s population.

Nor has Japan had a lockdown on the scale or severity of Europe. In early April, the government ordered a state of emergency. But the stay-at-home request was voluntary. Non-essential businesses were asked to close, but there was no legal penalty for refusing.

Many paragons of Covid strategy, such as New Zealand and Vietnam, used tough measures including closing borders, tight lockdowns, large-scale testing and strict quarantines – but Japan did none of that.

Yet, five months after the first Covid case was reported here, Japan has fewer than 20,000 confirmed cases and fewer than 1,000 deaths. The state of emergency has been lifted, and life is rapidly returning to normal.

There is also growing scientific evidence that Japan really has contained the spread of the disease – so far.

Telecom giant Softbank carried out antibody testing on 40,000 employees, which showed that just 0.24% had been exposed to the virus. Randomised testing of 8,000 people in Tokyo and two other prefectures has shown even lower levels of exposure. In Tokyo just 0.1% came back positive.

As he announced the lifting of the state of emergency late last month, Prime Minister Shinzo Abe spoke proudly of the “Japan Model”, intimating that other countries should learn from Japan.

Is there something special about Japan?

If you were to listen to Deputy Prime Minister Taro Aso, it is down to the “superior quality” of Japanese people. In a now notorious comment, Mr Aso said he had been asked by leaders of other countries to explain Japan’s success.

“I told these people: ‘Between your country and our country, mindo (the level of people) is different.’ And that made them speechless and quiet.” 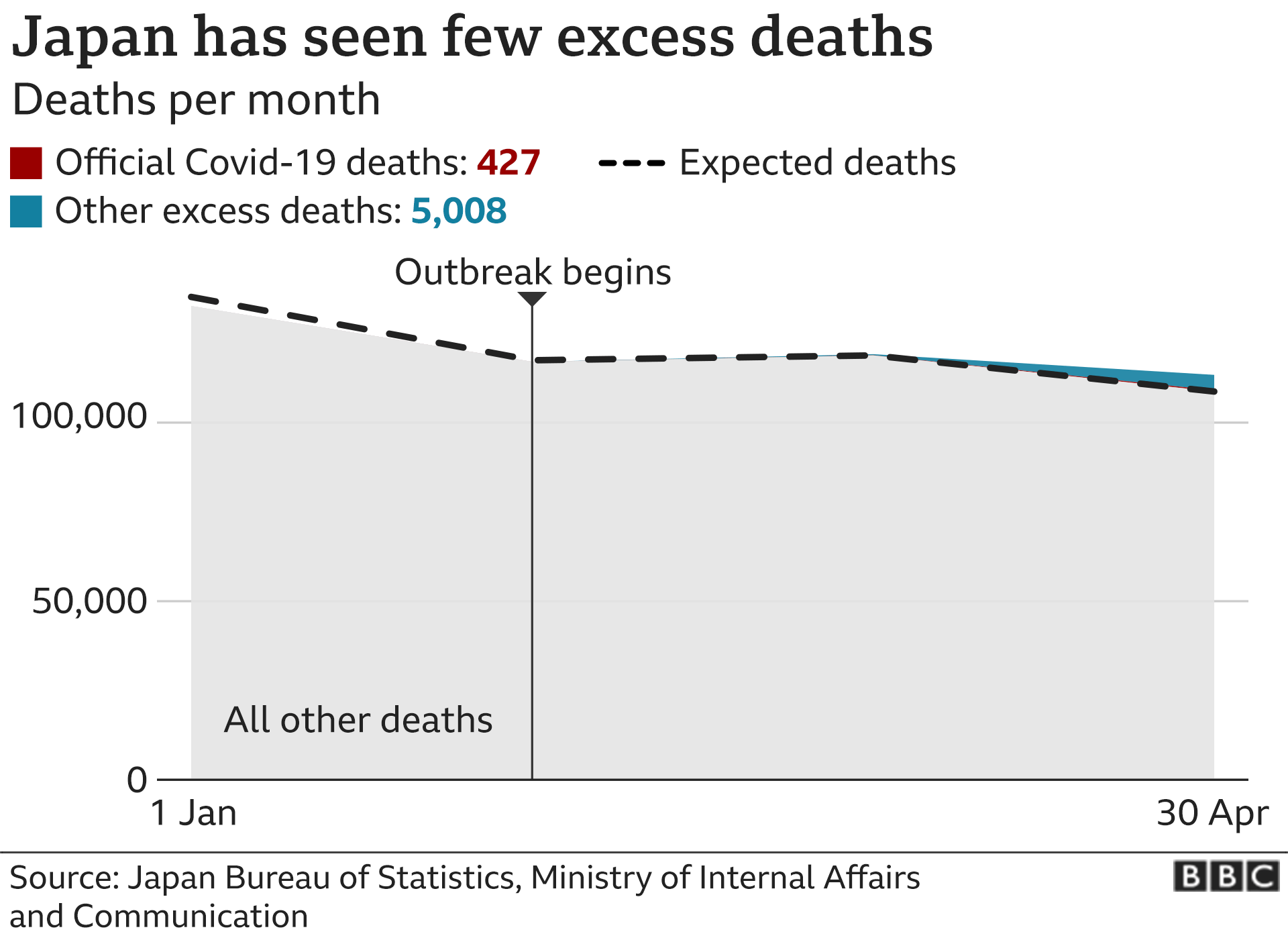 Literally translated, mindo means “people’s level”, although some have translated it as meaning “cultural level”.

It is a concept dating back to Japan’s imperial era and denotes a sense of racial superiority and cultural chauvinism. Mr Aso has been roundly condemned for using it.

But there is no doubt that many Japanese, and some scientists, think there is something about Japan that is different – a so called “Factor X” that is protecting the population from Covid-19.

It is possibly relevant that some aspects of Japanese mores – few hugs and kisses on greeting – have in-built social distancing, but nobody thinks that is the answer.

Does Japan have special immunity?

Tokyo University professor Tatsuhiko Kodama – who studies how Japanese patients react to the virus – believes Japan may have had Covid before. Not Covid-19, but something similar that could have left behind “historical immunity”.

This is how he explains it: When a virus enters the human body, the immune system produces antibodies that attack the invading pathogen.

There are two types of antibody – IGM and IGG. How they respond can show whether someone has been exposed to the virus before, or something similar.

“In a primary (novel) viral infection the IGM response usually comes first,” he tells me. “Then the IGG response appears later. But in secondary cases (previous exposure) the lymphocyte already has memory, and so only the IGG response increases rapidly.”

So, what happened with his patients?

“When we looked at the tests we were astonished… in all patients the IGG response came quickly, and the IGM response was later and weak. It looked like they had been previously exposed to a very similar virus.”

He thinks it is possible a Sars-like virus has circulated in the region before, which may account for the low death rate, not just in Japan, but in much of China, South Korea, Taiwan, Hong Kong and South East Asia. 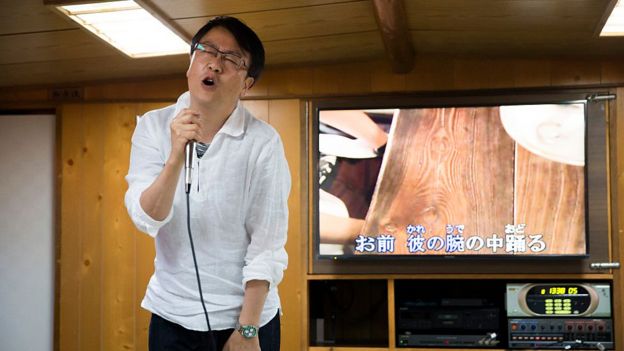 This has been met with some scepticism.

“I am not sure how such a virus could be restricted to Asia,” says Professor Kenji Shibuya, director of Public Health at Kings College, London and a former senior adviser to the government.

Professor Shibuya does not discount the possibility of regional differences in immunity or genetic susceptibility to Covid. But he is suspicious of the idea of a “Factor X” that explains the mortality differences.

He thinks countries that have done well in the fight against Covid, have done so for the same reason – they succeeded in dramatically reducing transmission.

Japanese people began wearing face masks more than 100 years ago during the 1919 flu pandemic and they’ve never really stopped. If you get a cough or a cold here it is expected that you will don a mask to protect those around you.

“I think it (a mask) acts as a physical barrier. But it also serves as a reminder to everybody to be mindful. That we still have to be careful around each other,” says Keiji Fukuda, an influenza specialist and director of the School of Public Health at Hong Kong University.

Japan’s track and trace system also goes back to the 1950s when it battled a wave of tuberculosis. The government set up a nationwide network of public health centres to identify new infections and report them to the health ministry.

If community transmission is suspected, a specialist team is dispatched to track the infections, relying on meticulous human contact tracing and isolation.

Dr Kazuaki Jindai, a medical researcher at Kyoto university and member of the cluster-suppression taskforce, said data showed over a third of infections originated in very similar places.

“Our figures… showed many infected people had visited music venues where there is screaming and singing… we knew that those were the places people needed to avoid.”

The team identified “heavy breathing in close proximity” including “singing at karaoke parlours, parties, cheering at clubs, conversations in bars and exercising in gyms” as the highest-risk activities.

Second, the team found that the infection’s spread was down to a small percentage of those carrying the virus.

An early study found around 80% of those with Sars-CoV-2 did not infect others – while 20% were highly infectious. 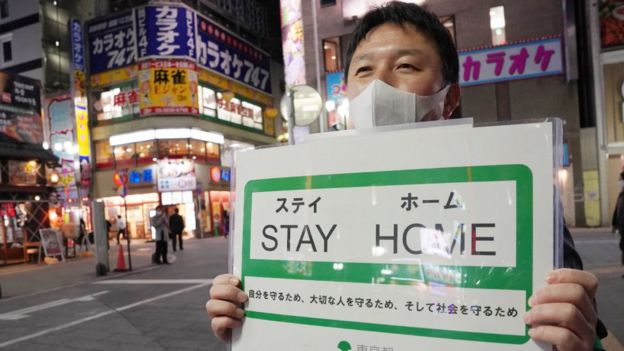 Image caption The state of emergency did not make staying home compulsory, but rather encouraged

These discoveries led to the government launching a nationwide campaign warning people to avoid the “Three Cs”.

Although workplaces were left off the list, it was hoped the “Three Cs” campaign would slow the spread enough to avoid lockdown – and fewer infections means fewer deaths.

For a while it did – but then in mid-March infections in Tokyo jumped and the city looked like it was on the path to exponential growth, like Milan, London and New York.

At this point Japan either got smart or got lucky. The jury is still out on which.

Professor Kenji Shibuya thinks the lessons from Japan are not so different from elsewhere: “To me, it was a timing lesson.”

Prime Minister Shinzo Abe ordered a – non-enforceable – state of emergency on 7 April, asking people to stay at home “if possible”.

“If such measures were delayed, we might have experienced a similar situation like New York or London. The death rate (in Japan) is low.

“But a recent study by Columbia University suggests that if New York had implemented lockdown measure two weeks earlier, it would have prevented tens of thousands of deaths,” Prof Shibuya notes.

A recent report by the United States Centers for Disease Control and Prevention found people with underlying medical conditions such as heart disease, obesity and diabetes are six times more likely to be hospitalised if they get Covid-19 and 12 times more likely to die.

Japan has the lowest rates of coronary heart disease and obesity in the developed world. Still, scientists insist such vital signs do not explain everything.

“Those kinds of physical differences may have some effect but I think the other areas are more important. We’ve learned from Covid that there is no simple explanation for any of the phenomena that we’re seeing. It’s a lot of factors contributing to the final outcome,” says Prof Fukuda.

To go back to Prime Minister Shinzo Abe’s boast of the “Japan Model” – is there a lesson to be learned?

Does the fact that Japan has, so far, succeeded in keeping infections and deaths low, without shutting down or ordering people to stay at home, show a way forward? The answer is yes and no.

There is no “Factor X” – like everywhere else it has depended on the same thing – breaking the chain of transmission. In Japan, though, the government can count on the public to comply.

Despite not ordering people to stay at home, on the whole, they did.

“It was lucky but also surprising,” Prof Shibuya says. “Japan’s mild lockdowns seems to have had a real lockdown effect. Japanese people complied despite the lack of draconian measures.” 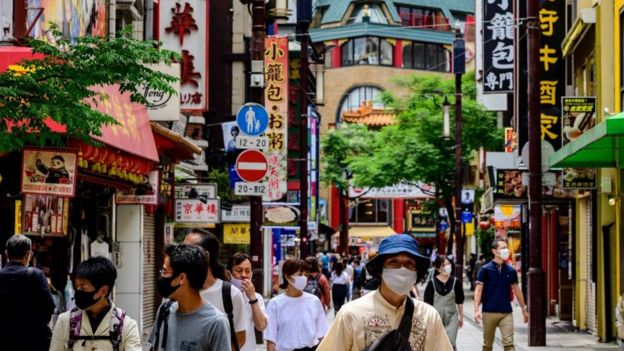 Image caption Much of Japan has now re-opened

“How do you reduce contact between infected and uninfected people…? You need a certain kind of response from the public, which I don’t think is going to be so easily replicated in other countries,” adds Prof Fukuda.

Japan asked people to take care, stay away from crowded places, wear masks and wash their hands – and by and large, that is exactly what most people have done.

Posted on August 4, 2020, in ConspiracyOz Posts. Bookmark the permalink. Leave a comment.

← ‘You WILL Not Be Self Sufficient!’ – ConspiracyOz
The Gates of Hell: Remove The Gatekeeper & Seal The Doors →