Exposing the Waterlords in Drought – ConspiracyOz 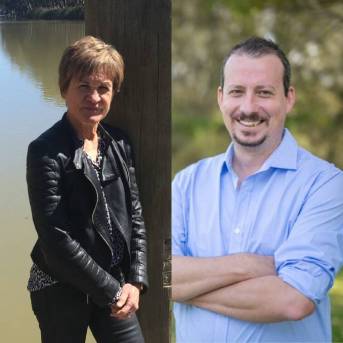 Shooters, Fishers, Farmers’ Murray MP Helen Dalton says she plans to re-introduce her bill to reveal water ownership in both the upper and lower houses, with some key amendments.

The bill will now ask for it to be a requirement for MPs to disclose their water interests retrospective, in that it captures any water licences they may have purchased in the last five years.

Ms Dalton said they would also aim to make it a requirement for the water interests of MPs’ spouses to be made public.

She said these amendments were being made to ensure they reveal any MPs who may have sold their water licences or transferred entitlements to their wife or husband while the legislation was delayed.

“I’m sure with the delay politicians have been busy moving their water into their spouses names,” Ms Dalton said.

“And being five years retrospective, they won’t be able to hide anymore.”

Ms Dalton said they hoped if it passed in the Upper House it would put more pressure on the Lower House.

“People want this bill to go through, farmers need to know who owns our water,” Ms Dalton said.

The Water Management Amendment (Water Rights Transparency) Bill was initially introduced by Ms Dalton in February, but it has now expired after debate on the bill was delayed and parliament was suspended until September due to COVID-19.

The bill asked for MPs to declare water ownership on their pecuniary interest forms, change the application process for purchasing water to include details such as company directors and shareholders and change the NSW online water register to allow people to search for the water holdings of individuals, companies and government departments.

And what about other countries ownership of our Water? – Mick Raven

Water restrictions for you, an endless supply for them: How a foreign corporate giant is snapping up 89 BILLION litres of Australia’s H20 as the country suffers its worst drought ever

Posted on May 25, 2020, in ConspiracyOz Posts. Bookmark the permalink. 1 Comment.