up to 6 gigahertz (GHz) in order to wirelessly transmit voice and data.  This era of wireless frequency is almost over making room for new 5 G applications

will require using new spectrum bands in much higher frequency ranges above 6 GHz to 100 GHz and beyond, utilizing submillimeter and millimeter waves.

Dr. Paul Ben-Ishai pointed to research that was commissioned by the U.S. Army to find out why people ran away when the beam touched them.

“If you are unlucky enough to be standing there when it hits you, you will feel like your body is on fire.” The U.S. Department of Defense explains how:

“The sensation dissipates when the target moves out of the beam.

The sensation is intense enough to cause a nearly instantaneous reflex action of the target to flee the beam.”

It uses radio frequency millimeter waves in the 96GHz range to penetrate the top 1/64 of an inch layer of skin on the targeted individual,

instantly producing an intolerable heating sensation that causes them to flee.

A lot of respected people have posted warnings about the mass deployment of commercial millimeter-wave technology.

Devra Lee Davis – Founding Director of the Board on Environmental Studies and Toxicology of the U.S. National Research Council,

who has taught at the University of California, San Francisco and Berkeley, Dartmouth, Georgetown,

Harvard, London School of Hygiene and Tropical Medicine and other major universities,

and has had articles published in Lancet, Journal of the American Medical Association to Scientific American,

the New York Times and elsewhere – says that the 5G wavelengths used in IoT have never been tested for health effects,

and may adversely impact our skin and sweat glands:

while meeting the multifaceted access demands of an Internet of Things (IoT) future. 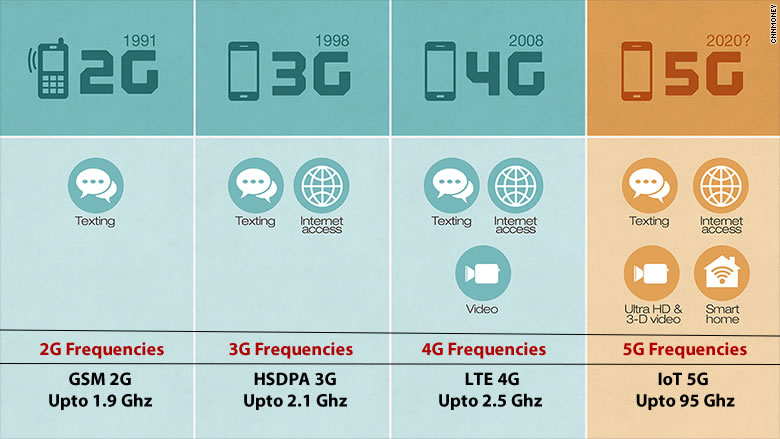 The new 5G networks will also need to incorporate seamless coexistence of 4G and 5G standards.

The transitions from 2G to 3G and 3G to 4G involved completely separate networks,

but 4G will remain in force for the foreseeable future—more than that, 4G infrastructure is critical to the evolution and functionality of the 5G network.

Many new Smartphones are 5G ready now, and will only require a software update to start transmitting in 5G frequencies.

which makes use of many of the same capabilities as eMBB. 5G will use spectrum in the existing LTE frequency range (600 MHz to 6 GHz)

Here’s another link to this Article – Mick Raven

‘Some authors refer to their study results as having “non-thermal” causes, but few have applied appropriate temperature controls. The question therefore remains whether warming is the main cause of any observed MMW (millimeter waves) effects?’

The results of research conducted to date on the biological effects of the EMF radio frequency emitted by mobile telecommunication devices, operating with the frequencies up to 6 GHz, do not allow drawing any firm conclusions; however, the research evidence is strong enough for the World Health Organization to classify EMF as an environmental factor potentially carcinogenic to humans. At the moment, there is a shortage of adequate scientific data to assess the health effects of exposure to electromagnetic millimeter waves, which are planned to be used in the designed 5G devices. Nevertheless, due to the fact that there are data indicating the existence of biophysical mechanisms of the EMF influence that may lead to adverse health effects, it seems necessary to use the precautionary principle and the ALARA principle when creating environmental requirements for the construction and exploitation of the infrastructure of the planned 5G system.

Posted on May 11, 2020, in ConspiracyOz Posts. Bookmark the permalink. 2 Comments.