More Unprecedented BS From the Mouth of Sauron – ConspiracyOz

Excerpt below from Article above – Mick Raven 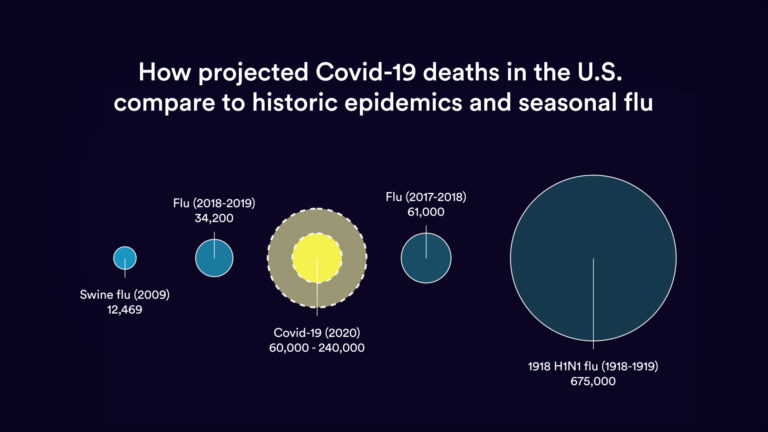 But are these large numbers or small numbers? At the beginning of the pandemic’s spread in the U.S., President Trump dismissed early projections of thousands, even tens of thousands, of U.S. deaths as no worse than the lives lost in an average influenza year. So far this season, flu deaths total 24,000 to 63,000

John W. Henry – Wikipedia – Publisher of the Boston Globe who endorsed Democratic candidate Hillary Clinton in the run-up for the 2016 U.S. presidential election. ‘Real’ figures below as opposed to projected BS above- Mick Raven

Analysis of the flu season

According to the director of the Center for Disease Control and Prevention’s influenza branch in January 2018, it was the first flu season where “we’ve had the entire continental US” show the same “widespread” flu activity, excluding the District of Columbia and Hawaii. Twenty-six of those states were classified by the CDC as having “high” activity in January 2018.

In January 2018, analyzing the reason for the spike, The Atlantic noted that the flu season was possibly worse because the dominant circulating strain was the H3N2 strain, which for unknown reasons tends to hit humans harder than other strains and result in worse flu seasons when dominant.

Also, the H3N2 strain, according to the CDC, affects elderly and young children more than other strains, resulting in more severe hospitalizations and deaths.

The Atlantic also noted that the 2017 vaccine for the flu was only ten percent effective against H3N2 in Australia.

As the typical practice of studying and creating the current vaccines in chicken eggs tends to result in mutations, 2017 was the first year that researchers used dog cells rather than chicken eggs to create the H3N2 component of the vaccine Flucelvax.

However, due to cost, most Americans did not get Flucelvax in 2017 and 2018 and likely received vaccines grown with chicken eggs. The Atlantic noted that the vaccine still protected against other strains such as the H1N1 and B virus, and did provide at least some immunity to H3N2.

Move along Ppl, No ‘Pandemic’ to see here – Mick Raven

Posted on April 14, 2020, in ConspiracyOz Posts. Bookmark the permalink. Leave a comment.