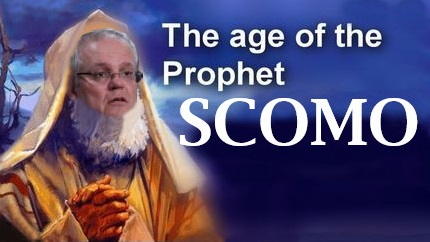 Into the Ark of Obedience Ppl – Mick Raven

Scott Morrison has announced the two-person rule on gatherings in the fight against coronavirus, but what does it actually mean?

At his Sunday night press conference, Prime Minister Scott Morrison announced a tightening on the rules surrounding gatherings, limiting them to two people instead of 10.

The change represents the most drastic measures introduced by the Federal Government in the fight against the coronavirus pandemic yet, and has been described as “radical” by Chief Medical Officer Brendan Murphy.

So, what exactly did Mr Morrison announce, and what will the rule mean for you day to day?

Coronavirus update: Follow all the latest news in our daily wrap

What are the new rules?

For the last week, the Government has strongly encouraged people to stay home but has technically made exceptions for gatherings, indoor and outdoor, of up to 10 people.

This applies for indoor gatherings as well as outdoor, and includes private properties too.

While Mr Morrison did not make this clear initially, the ABC has sought clarification and been told the restrictions apply to all indoor settings — so you can not have more than one friend over to your house.

Which states are enforcing the new rule?

In Victoria, Premier Daniel Andrews said people will face an on-spot-fine of more than $1,600 if you breach the two-person rule.

For NSW, Premier Gladys Berejiklian said authorities would be cracking down on those breaking the two-person rule and wanted everyone to start practising it from today.

ACT Chief Minister Andrew Barr said the first phase would be about education and warnings, but the second phase would include the capacity for police to issue fines.

In Tasmania, Premiere Peter Gutwein said police would enforce the rule. “You will be able to be arrested. You will be charged and summonsed,” he said.

Stay up-to-date on the coronavirus outbreak

What am I allowed to leave my house for?

Mr Morrison was clear on the four acceptable reasons to leave the house:

What happens if I live in a household of more than two people?

Mr Morrison stressed that the two-person limit does not apply to people within your household. So your family of four, provided you all live under the one roof, can take the dog for a walk.

But if you wanted to go for a run with a friend, it can only be the two of you.

Mr Morrison said it was important to allow two people to gather outside so that “particularly for women, that they wouldn’t be required to walk on their own and they be able to be walk with another person”.

Can I go and visit a family member?

This too was not made clear in the Sunday evening press conference, but has since been confirmed to the ABC.

A family split across two houses can meet, so you can go and visit your parents or a sibling — although common sense probably ought to be used, and the usual social-distancing protocols should also be employed.

What will happen to me if I don’t follow these rules?

That depends what state or territory you live in, but all will be determining their own enforcement rules which “can carry very significant on-the-spot fines”.

“Already from memory in South Australia, there’s an on-the-spot fine of $1,000 if you violate [the 10-person rule], so they are not mucking around,” Mr Morrison said.

“States like New South Wales and Victoria will move further down onto those two-person rules, is my understanding, but states and territories will make their own announcements about those issues.”

Are there different rules for older people?

Kind of. The strict, enforceable rules remain the same but there is strong advice — “this is not a compulsion, this is strong advice”, Mr Morrison said — that people aged 70 and over should stay home and self-isolate.

The same applies for anybody aged over 60 with a chronic illness and Indigenous people over the age of 50.

“This does not mean they cannot go outside,” Mr Morrison said.

“They can go outside and be accompanied by a support person for the purposes of getting fresh air and recreation, but should limit contact with others as much as possible.”

What about weddings and funerals?

The same instructions put in place last week are still in place now.

That means funerals are still limited to 10 people and weddings to five.

When do these new measures begin?

The two-person rule will be in place from midnight on Monday night.

Mr Morrison did also say that all “public playgrounds, outside gyms and skate parks” would be closed as of Monday.

Posted on March 30, 2020, in ConspiracyOz Posts. Bookmark the permalink. Leave a comment.