Who Should Live and Who Should Die? – ConspiracyOz

Who gets the ventilator in the coronavirus pandemic? These are the ethical approaches to allocating medical care 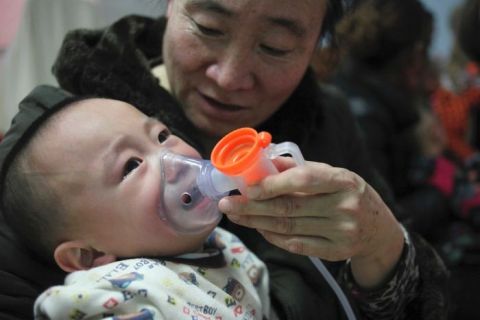 Photo: It is undeniable that people should have an equal chance when there are sufficient resources. (Reuters)

Imagine there are two patients with respiratory failure.

Joan is 40, normally employed with two children and no other health conditions or disabilities. Mary is 80, with severe dementia, in a nursing home.

In the Western world, doctors are gearing up for an explosion of cases of COVID-19 and with a massive shortage of medical resources, including life-saving ventilators, they are likely to be presented with dilemmas of exactly this kind.

It is undeniable that people should have an equal chance when there are sufficient resources.

Someone should not be denied medical treatment that is available because of their sex, race, age, disability or any other factor. That would be unfair discrimination.

But when there are limited resources, doctors do take various factors into account.

Coronavirus update: Follow all the latest news in our daily wrap

How should Australia ration the supply?

In Italy, such factors are already being considered and doctors are apparently making decisions about who should live and who should die.

One document from Northern Italy argues: “The criteria for access to intensive therapy in cases of emergency must include age of less than 80 or a score on the Charlson comorbidity Index [which indicates how many other medical conditions the patient has] of less than five”.

Photo: Doctors are gearing up for an explosion of cases of COVID-19. (Xinhua: Xiong Qi)

Indeed, doctors in Niguarda have been reported to be declining life-prolonging treatment to any patients over the age of 60.

So how should countries like Australia ration a limited supply of ventilators?

One popular approach is of equality of access: everyone should have an equal chance of treatment.

Egalitarianism argues equal treatment for equal need and that no factors should be used to discriminate.

This is the stated principle of national health services. In practice, this equates to first come, first served when there are equally pressing needs.

Equality of access implies that doctors should toss a coin if there is only one ventilator, or adopt some other random procedure (like first come, first served).

2. Utilitarianism: the ‘best use of resources’ approach

The alternative to equality of access is to consider the likely or expected outcome of one’s actions. According to the most famous version of this approach, known as utilitarianism, doctors should select the action which brings about the most good.

Utilitarianism requires taking a number of factors into account.

One obvious factor is numbers. Most people believe that resources should be used to save the greatest number.

According to utilitarianism, resources should be distributed to bring about the greatest good for the greatest number. If you can save five people, or one, you should save the five.

If one person needs a ventilator for four weeks, and four others need it for one week, your choice is to save one or four. So doctors should take duration of use into account.

Another factor is probability of survival. If one person, Jim, has a 90 per cent chance and another, Jock, has a 10 per cent chance, you should use your ventilator for Jim.

Indeed, if you treat people like Jim rather than people like Jock, you will save nine people instead of one for every 10 treated. That is why probability is a relevant consideration.

Photo: In utilitarianism, it can be a numbers game. Should you lose one to save four? (ABC News: Joanna Crothers)

Italian doctors claim that age is relevant because it reduces the chance of survival. However, age itself is relevant to utilitarians. Older people have less expected life left.

Consider again in the case of Joan and Mary.

If Joan is saved, she can be expected to live for 45 years. At best, Mary will live a few more years.

According to utilitarians, we should save the young because they are expected to live longer.

(Another factor which we will return to is that the older have already had more life.)

But utilitarianism also includes a more controversial factor than age. It also considers quality of life. The fact that Mary has severe dementia counts itself against treating her.

Consider an extreme example. The endpoint of dementia is unconsciousness.

Your questions on coronavirus answered:

Imagine Paul has respiratory failure. He is 60, still working, in possession of all of his faculties. Frank is 70 and unconscious with end-stage dementia.

Clearly we should treat Paul. Frank will derive zero benefit from being kept alive in an unconscious state. Indeed, this would apply even if Frank (with dementia) were younger than Paul.

What about lesser degrees of cognitive impairment or other disabilities? According to utilitarians, these should be considered in making allocation decisions if they affect the person’s wellbeing.

Probably the most profound question in ethics is the question of wellbeing, what makes a person’s life good?

Philosophers have debated this question for thousands of years. Answers include happiness, desire fulfilment or flourishing as human animals (which includes having deep relationships with others and being autonomous, amongst other things).

So utilitarians will consider probability (chance) of survival, length of life after successful treatment and the quality of life.

These judgements are highly controversial. Should we adopt an egalitarian or utilitarian approach to the ventilator?

3. Contractualism: the ‘veil of ignorance’ approach

A third approach comes from a different tradition called contractualism.

It asks people to make choices behind a “veil of ignorance”. If you had an equal chance of being Joan or Mary, Paul or Frank, who would you want to be saved?

In these cases, most people would want what would give them the best chance or the longest, best quality life.

Doctors in fact make utilitarian decisions. That is easily defensible. But it is also important to recognise other ethical approaches are also able to be defended.

4. Flatten the curve: the ‘too little, too late’ approach

There are two wishful-thinking approaches that try to make the problem go away.

The 1918 Spanish flu outbreak, which killed up to 100 million people, set the benchmark for pandemics. How does coronavirus compare?

The first is that we need more liberty to impose restrictions on the movement of citizens in an effort to “flatten the curve”, reduce the number of coronavirus cases and pressure on hospitals, and allow everyone who needs a ventilator to get one.

That may have been possible early on (Singapore and Taiwan adopted severe liberty restriction and seemed to have controlled the epidemic).

However, that horse has bolted and it is now inevitable that there will be a shortage of life-saving medical supplies, as there is in Italy.

This approach is a case of too little, too late.

The second wishful-thinking approach is that some people try to argue that it is harmful to ventilate older patients, or patients with a poorer prognosis.

One intensive care consultant wrote an open letter to older patients claiming that he and his colleagues would not discriminate against them:

“But we won’t use the things that won’t work. We won’t use machines that can cause harm.”

Why events are being cancelled

We were warned that more extreme measures to control coronavirus were coming. Now, the Prime Minister has outlined what they are. We look at how they will affect you and the rest of the population.

But all medical treatments can cause harm. It is simply incorrect that intensive care “would not work” in a patient with COVID-19 who is older than 60, or who has comorbidities.

Is a 1/1,000 chance of survival worth the discomfort of a month on a ventilator? That is a complex value judgement and people may reasonably differ. I would take the chance.

The claim that intensive care doctors will only withhold treatment that is harmful is either paternalistic or it is confused.

If the doctor claims that they will withhold ventilation when it is harmful, this is a paternalistic value judgement. Where a ventilator has some chance of saving a person’s life, it is largely up to that person to decide whether it is a harm or a benefit to take that chance.

Instead, this statement is obscuring the necessary resource allocation decision. It is sanitising rationing by pretending that intensive care doctors are only doing what is best for every patient. That is simply false.

Justice should guide our decisions

It is justice which should guide these decisions.

Photo: Someone should not be denied medical treatment that is available because of their sex, race, age, disability or any other factor. (AP: Zhang Yuwei via Xinhua)

We simply don’t have enough ventilators and now we have to make ethical decisions about how they are allocated.

Unavoidably, there will be winners and losers. We have to take responsibility for making those decisions as ethically as possible.

Posted on March 19, 2020, in ConspiracyOz Posts. Bookmark the permalink. 1 Comment.