The Casual Approach to the Covid19 Saga – ConspiracyOz

Christian Porter speaks to the media after a roundtable discussion on the coronavirus with unions and business groups. Photograph: Joel Carrett/AAP

The attorney-general Christian Porter has suggested the higher rate of hourly pay casual workers receive mean many will have “already made provisions” if forced to take two-weeks unpaid leave because of the coronavirus crisis, and the government will not “jump to a solution in anticipation of a problem”.

As the government struggles to answer what solutions it is putting in place for Australia’s 3.3 million unsecured workforce, who do not receive sick leave entitlements, Porter told the ABC he did not expect it to be a universal problem.

“Many people would have already made provisions for that because of course the purpose of casual employment is that you’re paid extra in-lieu of the types of entitlements,” he said.

“If it is the case that large numbers of people in particular industry sectors by virtue of the casual nature of their employment are having these types of problems and that is something we’re aware could happen, that is something that can be responded to, likely through the welfare system, but there might be other options.

“We’re not going to jump to a solution in anticipation of a problem that is broad before that problem has arisen or we reasonably know that it will arise.” 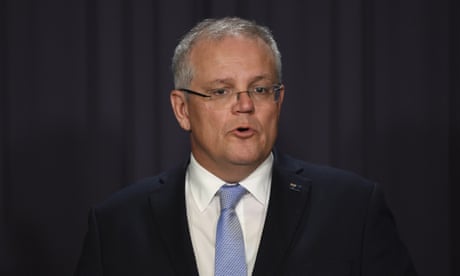 Earlier, Labor had warned the Morrison government not to drag its feet on help for casual workers in the midst of a looming coronavirus employment crisis, after a roundtable discussion on the issue led to no concrete solutions for vulnerable employees.

Tony Burke and Linda Burney said Australia’s casual and contract workforce could not afford to wait to learn whether or not they would be paid sick leave in the event they were forced to self-isolate for two weeks.

“If casuals aren’t given that reassurance sooner rather than later we run the risk people will turn up to work when they’re sick because they simply cannot afford to stay home and lose their pay,” the Labor MPs said.

“This isn’t just about supporting Australia’s often vulnerable or insecure casual workers – it’s about containing the spread of this virus.”

The government is yet to say whether or not it will support workers without sick leave entitlements as part of its coronavirus stimulus package.

Porter, who led a roundtable discussion with unions and employer and business groups on Tuesday, said the challenges faced by casual workers would be “one of the many things that need to be considered” by the government, but gave no answers on how it would do that.

“I think we’re preferring to see this problem as about how we make sure that businesses keep employing people and provide the goods and services that we rely on during challenging times,” he said afterwards.

“Of course there’s a sectorial component to that with different parts of the workforce being affected differently. We listened very carefully to what the unions have had to say, obviously, but they certainly weren’t the only voice in the room.”

The head of the Australian Council of Trade Unions, Sally McManus, said the government needed to prioritise supporting casual workers who would be forced to take unpaid time off work to ensure the coronavirus was “contained and controlled”. 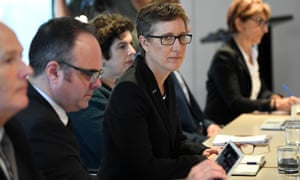 “We do have to think about small businesses, because they’re also going to struggle if there’s a further downturn and so, for that reason, that’s why the government needs to play a role in supporting those workers and those contractors, small businesses in order to make sure people can look after themselves and keep healthy but also so the economy can keep operating,” she said.

“In terms of big business, we heard some encouraging signs today from big business representatives there, where they were saying that they’re ready to support their workforce and we’re ready to work with them to make sure that that happens as well.”

Labor has previously called for Newstart-like payments to be made available to any workers without sick pay who find themselves forced to self-isolate for two weeks.

The Australian Council of Social Service said it would welcome any form of assistance for vulnerable workers, including one-off stimulus payments, but called for the unemployment payment to be raised as a permanent measure.

Speaking to the Australian Financial Review business summit in Sydney on Tuesday, Scott Morrison said businesses, unions and even state governments needed to play their own role in steering Australia’s economy through the pandemic. 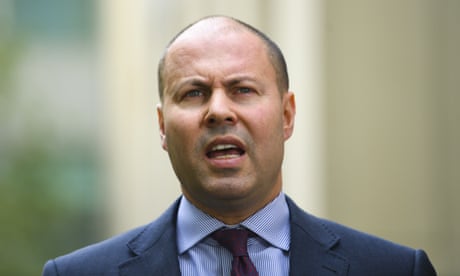 “All of us are in a position today to be able to do what we need to do, over the course of this virus crisis to strengthen and see the Australian economy through,” he said.

“And it requires I think that mindset, if you want to have a bounce back stronger on the other side, then it will require I think using those balance sheets that you’ve built for such a time as this, to ensure that Australia emerges stronger.”

Porter also warned unions against the “temptation” to take industrial action during the pandemic, a prospect which has not been floated, as the government worked to protect supply chains.

“Industrial action of any type at the moment would have a very, very large and negative effect. The reality is that there are already businesses suffering from disruptions to supply chains – that will mean that it will become harder for them to produce the goods and services that we all rely on every day.”

Posted on March 15, 2020, in ConspiracyOz Posts. Bookmark the permalink. 1 Comment.