All Things Telstra and NBN- ConspiracyOz

Photo: Mark Peterson says he would have kept working for Telstra if he had the opportunity to. (ABC News: Stephanie Chalmers)
Related Story: Internet ‘prices will have to go up’ if NBN doesn’t cut access costs, says Telstra boss
Related Story: Telstra chair says execs are overpaid, and a shareholder backlash shows they agree
Related Story: ‘We are creating a new Telstra’: 8,000 jobs slashed but shares slammed

Mark Peterson worked at Telstra for nearly 39 years designing and planning its network infrastructure. His role survived rolling rounds of staff cuts since the 1990s, but that changed last year.

“I was going to work to a meeting — they’d called a meeting for 9 o’clock to tell us about the job cuts, but I’d heard it on the radio before I got there,” he said, recalling the day last June.

Mr Peterson, from Newcastle, NSW, was one of approximately 9,500 Telstra employees whose jobs hung in the balance, with the telco announcing a net reduction of 8,000 positions, with 1,500 new roles created.

In September, he was made redundant in a group redundancy round, with 50 per cent of about 100 workers in similar roles across the country let go.

Union not satisfied with redundancy process

Last June, Telstra announced a program to upskill workers who would remain, to help them with “new ways of working in a leaner and more agile organisation”, while for workers who were made redundant, it created a ‘transitions program’.

“They’ll help give you training in things like resume writing and interview techniques and there’s even some courses like resilience training … but at the end of the day you’re left on your own to find another job within Telstra,” Mr Peterson said.

Workers can apply for advertised roles or arrange a job swap with someone seeking redundancy but Mr Peterson says with no skills training provided, he could not find a role he could walk into. 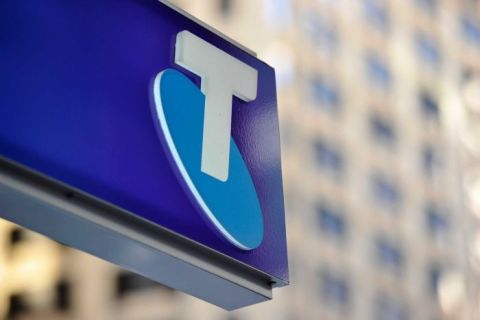 Photo: Thousands of jobs hung in the balance after Telstra announced it was cutting 8,000 jobs. (AAP: Joel Carrett, file photo)

Mr Peterson is taking a year off to consider his next step but says the initial adjustment to life after Telstra was tough.

Brooke Muscat-Bentley, deputy national president of the Community and Public Sector Union (CPSU), said it had been working with Telstra since the cuts were announced but was not satisfied with the redundancy process.

“We think that Telstra can do more to invest in their staff and invest in a genuine redeployment and voluntary redundancy process, rather than just tapping people on the shoulder and asking them to leave,” Ms Muscat-Bentley said.

Telstra will have shed about half its workforce in just over a decade, but can it shrink its way to greatness?

Last week, ongoing enterprise bargaining raised another concern for the unions, with Telstra looking to introduce a clause into the agreement that could see employees in redundant positions offered jobs with a Telstra subsidiary, such as mobile and internet provider Belong or Telstra Health.

If the employee accepted the role, they would transfer to the new company but if that employee rejected the transfer, they would be retrenched with no payout.

In a statement, Telstra said the clause is “common practice and is consistent with our obligations under the Fair Work Act”.

“This is an important way for us to provide every employee with the best opportunity to retain employment with Telstra, and for us to retain the skills and capabilities we need for the future,” it said.

Those in-demand skills are changing, as the NBN takes over Telstra’s fixed-line business and the telco prepares for a more high-tech workforce and the rollout of 5G, telecommunications expert Mark Gregory said.

“For many people having worked in Telstra for 25 or 30 years, it is an uncertain time and this does mean that people need to think of reskilling,” Mr Gregory, an associate professor at RMIT, said.

He says the workers that will be in demand are “people that are adept at modern technologies, artificial intelligence, big data, virtual reality, augmented reality and some of the new systems that are being deployed to boost the productivity and efficiency within the industry”.

Telstra has called this latest overhaul its T22 strategy, aimed at cutting $2.5 billion in costs over three years.

It comes as the telco faces an ongoing $3 billion earnings hit once the rollout of the NBN ends.

Mr Gregory thinks it is a make or break moment for Telstra and shareholders.

Why 5G won’t kill the NBN

Telstra and other telcos are planning a massive rollout of their latest 5G mobile networks, but analysts say they won’t make broadband obsolete.

“Really, the current management team have that opportunity that they need to take — and that is to turn Telstra’s fortunes around.”

The man occupying that job, Telstra chief executive Andy Penn, will face shareholders next month, unveiling its results for the 2019 financial year.

In an update in May, Telstra said it had made “good progress” on its T22 strategy and would bring forward redundancies, and an additional $200 million in restructuring costs, into FY19.

Shareholders are feeling better than this time last year, with the Telstra share price up 36 per cent since January.

However, Mr Peterson says morale is low among his former colleagues.

“These job cuts have knocked a lot of people around and everybody’s feeling like a number, they can be gotten rid of at any specific time,” he said.

“It’s certainly not the same place I left.”

Posted on July 25, 2019, in ConspiracyOz Posts. Bookmark the permalink. 1 Comment.