Incels are having plastic surgery to attract women, but it won’t work

Last time incels made international headlines, one of them had just killed 10 people by running them down with a van in Toronto.

Now the “involuntary celibate” are back in the news for something quite different.

This group is also being linked to other manning-up procedures such as mewing (masticating hard foods in an attempt to grow bulging jaw biceps) and jelqing (a DIY “dickmaxxing” regime that is supposed to literally tear extra length into one’s tallywacker).

Why? Because they don’t like how they look and are hoping extreme makeovers will make them happier.

At first blush, it’s tempting to assume that this shows a softer, less mass slaughter-y side to incels.

Could it be that they have more in common with women (their arch nemeses/greatest desires) than was previously thought?

Closer inspection, however, reveals that this is just more radicalised misogyny from a legion of noxious internet bottom-dwellers whose self-improvement strategies have been described as “inextricable from violent rage” and who aren’t after sex so much as male supremacy.

Photo: This van was used by “incel” Alek Minassian to mow down pedestrians in Toronto. (AP: Vincent Elkaim/ The Canadian Press)

From chatrooms to real-world violence

Incels are a subsect of the ad-hoc coalition of men’s groups online known as the “manosphere”.

Many want to initiate violent revolution because they’re having trouble getting laid.

Elliot Rodger — the 22-year-old virgin who slaughtered six people in California’s Isla Vista in 2014 ostensibly as an act of retribution against the sexually active — was a self-identified incel.

Scott Beierle, the self-declared misogynist who killed two women in a yoga class in Florida last November, was celebrated in incel chatrooms for the shooting, the Washington Post reports.

Alek Minassian, the man charged over the aforementioned vehicle-ramming attack in Toronto, also identified as an incel.

Minassian allegedly announced on Facebook just before the 2014 killings: “The Incel Rebellion has already begun! We will overthrow all the Chads and Stacys! All hail the Supreme Gentleman Elliot Rodger!”

Who is Alek Minassian?

He was identified as the suspected driver in the Toronto van attack. Here’s what we know about him.

Chads and Stacys, also known as Brads and Traceys, is incel-speak for attractive people guilty of having sex only with each other, thereby subjecting incels to what they call — with deadly straight faces — “reverse rape”.

Incels have been linked to other homicides and sexual assaults, as well as internet boast-offs about mass gropings, non-consensual public transport frottage, and injecting semen into office chocolate bars to punish women with boyfriends.

The takeaway here is that they’re not just harmless keyboard warriors.

By now you might be wondering how the cheekbone chiselling and man-boob jobs fit into all this gender-based guerrilla warfare.

According to an investigation from New York magazine, cosmetic surgery among people who identify as male has risen 325 per cent between 1997 and 2015 in the US alone, including a sizable customer base of incels.

Apparently incels who have taken the “blackpill” (a Matrix reference which functions as shorthand for waking up to the tragedy of being born ugly) are signing up for costly surgery after costly surgery.

This often follows obsessive rumination about their faces and bodies on internet forums, where they use photo manipulation software to transform each other’s selfies into Chads and Brads — organic, free-range versions of which include male models David Gandy, Jordan Barrett and Lucky Blue Smith.

Beauty has its benefits

The ugly reality is that fortune favours the beautiful.

In addition to #winning in the romantic industrial complex, research suggests the conventionally attractive are healthier, more persuasive, have advantages in politics, achieve higher sales if working as advertising executives, and — annoyingly enough — are even more intelligent.

And get this: if you happen to be a smokin’ hot criminal, judges are likely to sentence you to less than half the jail time.

It really is monumentally unfair.

Yet women have endured discrimination, vilification and humiliation based on our appearances since pretty much forever and we get this regardless of whether we are #hotornot.

Yet amazingly enough, most of us manage to refrain from driving our vans into innocent Canadians, joining sisterly support groups to egg each other on to mass murder, boasting about lacing the office Tim Tams with our bodily fluids, and so on.

Nowhere in the Declaration of Human Rights does it mention anything about looking like Rihanna. This is a stroke of genetic luck, a freak privilege, not a right to which we’re entitled.

Then there’s the bizarre incel conviction that the only thing holding them back from having relationships with women are their average looks as opposed to the fact that they loathe us with a raging fury.

“I don’t know what you don’t see in me,” Rodger, a conventionally good-looking young man, says in the chilling video he recorded before his killing spree.

“I’m the perfect guy. And yet you throw yourselves at all these obnoxious men instead of me, the supreme gentleman.

“I will punish all of you for it. On the day of retribution … I will slaughter every single spoiled, stuck-up blond s***.”

Can’t imagine what girls didn’t see in that dude. 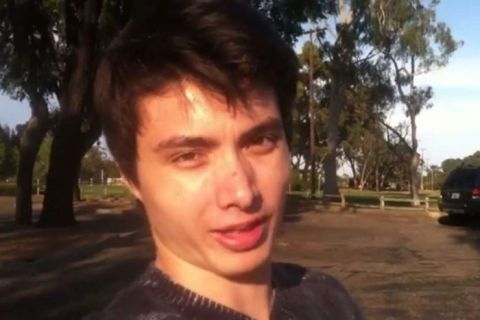 Unless, of course, it’s women’s inscrutable habit of being hella picky when it comes to people who call us “c** dumpsters” and threaten us with ultra-violence.

Instead of all those blackpills, what incels really need is a simple shot of I-Can’t-Believe-We-Actually-Have-To-Spell-This-Out-For-You-Monumental-Idiots.

It’s a new pharmaceutical that wakes men up to the fact that getting testicular implants the size of dinosaur eggs won’t work nearly as well as, oh, wow, I don’t know, ditching threatened or actual slayage as a pick-up line?

Instead of increasing the size of their secondary sexual characteristics, incels would do much better if they dramatically slimmed down their toxic-ly inflated sense of entitlement.

Dr Emma A Jane is a senior lecturer at UNSW Sydney and the author of Misogyny Online: A Short (and Brutish) History.

Posted on June 27, 2019, in ConspiracyOz Posts. Bookmark the permalink. 1 Comment.