The unstoppable rise of the Chinese traveller – where are the going and what does it mean for overtourism?

In the first year of the new millennium, a modest 10.5m overseas trips were made by Chinese residents. Fast forward to 2017 and the figure was 145m – an astounding increase of 1,380 per cent.

1,380 per cent | How the number of Chinese tourists has skyrocketed

In less than two decades China has grown from travel minnows to the world’s most powerful outbound market, leapfrogging the US – and leaving it in its wake. According to the United Nations World Tourism Organisation (UNWTO) Chinese tourists overseas spent $261.1bn in 2016, up from around $10bn in the year 2000 (the figure for 2017 is likely to top $300bn). Collectively, America’s globetrotters parted with a relatively paltry $123.6bn.

Total spending by tourists in 2016

Now consider this: just seven per cent of Chinese citizens – or 99 million people – possess a passport, compared to around 40 per cent of Americans, and 76 per cent of Britons.

Clearly the potential for further growth – China’s population is 1.415bn – is staggering. The China Outbound Tourism Research Institute (COTRI) predicts that overseas trips by the country’s residents will increase from last year’s figure of 145m to more than 400m by 2030.

“That means that out of the 600 million additional trips in international tourism forecasted by UNWTO, bringing the total from 1.2 billion in 2017 to 1.8 billion by 2030, almost half of them will originate in China,” it says. The country will account for a quarter of international tourism.

No wonder tourist boards are falling over themselves to woo the country’s expanding army of middle-class travellers. VisitBritain’s GREAT China Welcome campaign, for example, was launched in 2014. Hotels, tour operators and attractions are being urged to make themselves “China-ready” by providing information in Mandarin or Cantonese and adapting their products for the Chinese market and culture.

The British Museum, Chatsworth House and Marriott Hotels are among the 400-odd businesses to have taken heed so far. More curiously, the UK tourist board also asked Chinese travellers to rename some of Britain’s most famous attractions, with the Gherkin becoming “the pickled little cucumber” and Scotland’s Highland Games reassigned the moniker “Special Skirt Party”.

Where are Chinese tourists going?

The figure of 145m foreign trips is slightly misleading. That’s because it includes journeys made to China’s special administrative regions of Hong Kong and Macau, as well as Taiwan (whose status is disputed but which is also considered part of “Greater China”). These three accounted for 69.5m “overseas” journeys made in 2017. 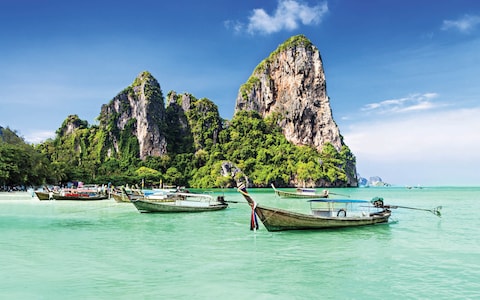 Beyond Greater China, Thailand is the top destination Credit: saiko3p

She adds: “Often domestic trips take patriotic inspiration: go to the Three Gorges Dam, a grim industrial site in one of the country’s poorest regions, for example, and it’s swarming with visitors. Intrepid young people head to the mountainous Yunnan province, which borders Burma, Laos and Vietnam, and is one of the most ethnically diverse regions of the country.”

Beyond Greater China, it is largely the economies of other Asian countries reaping the benefit of the rapid growth in outbound travel. Thailand, Japan, Vietnam, South Korea and Singapore are also among the top 10 destinations for Chinese tourists. The US and Italy complete the list.

The growth of tourism in Thailand

Locations such as Phuket, in the south and famed for its beaches, and Chiang Mai, in the mountainous north, are increasingly popular with visitors

It is therefore no surprise to discover that the rise of the Chinese traveller has coincided with a massive surge in total overseas arrivals in its surrounding countries.

How the travel map has changed since 1990

The growth of Chinese airports

All those extra trips have necessitated the rapid expansion of the country’s airports. Last year nine of the world’s 50 busiest airports, and three of the 10 busiest, were found in China. Up from six and one, respectively, in 2010.

Guangzhou Baiyun, for example, is among the fastest growing hubs in the world. It handled 65.8m passengers last year, up from 12.8m in 2000.

A recent European Commission report suggests that time is a “scarce resource for most Chinese”, who subsequently “prefer attractions that make them travel efficiently”. Those who visit Europe “most like its arts and culture, small cities and blue skies”. 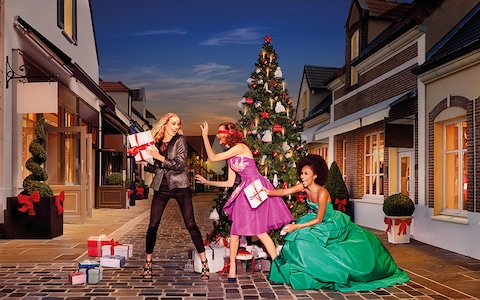 Bicester Village is on many itineraries

Sally Peck reiterates this point: “When Chinese tourists come to Europe, they’re determined to hit – and shop in –every major capital.” The discounted fashion utopia of Bicester Village, remarkably, is as popular with Chinese visitors to Britain as Buckingham Palace.

Hidden gems aren’t usually on their travel wishlists, says Peck: “From Big Ben in London to the vineyards of Bordeaux, for first-timers, especially, they’re actively pursuing the beaten track.”

When it comes to attire, “groups often wear US trucker-style hats or visors, proclaiming the name of their tour operator”, and “there will often be impressive photographic equipment”, she adds. “An alarming number of women on domestic trips will be wearing inappropriate shoes; it is typical, while climbing misty and muddy Buddhist mountains in Chinese provinces, to find women in elaborately shoulder-padded polyester dresses with ankle-high pop socks and high heels in even the warmest of conditions.”

The risks of overtourism

Given the huge growth in outbound trips, and the propensity of Chinese travellers to visit Europe’s most famous cities and attractions, is overcrowding in cities like Venice, Barcelona and Dubrovnik about to become even more unbearable?

It is something Prof. Dr. Wolfgang Georg Arlt, director of COTRI, addressed in a recent blog.

He writes: “In 2012, the hashtag #overtourism appeared on Twitter for the first time. But only last year the deterioration of the quality of life of the citizens in European destinations as diverse as Venice, Barcelona, Passau, the Cinque Terre, and Dubrovnik was blamed on this new phenomenon. Hundreds of journalistic articles were published and several conferences organized by UNWTO, WTTC and the WTM London discussed the growing number of – sometimes violent – protests by the inhabitants of destinations who feel to become dispossessed of their city under the simultaneous attack of increasing numbers of arrivals of ‘normal’ tourists, cruise ship passengers and AirBnB users. Chinese tourists feature of course also in this debates.

Posted on June 15, 2019, in ConspiracyOz Posts. Bookmark the permalink. 1 Comment.