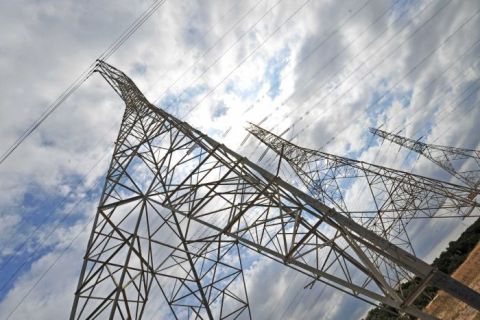 Photo: Household power prices will rise by just $31 a year from July, with Synergy to miss out as a result. (ABC News: Dean Faulkner)
Related Story: Rex spent $8,000 on solar panels he expected to last 25 years — they conked out in four and a half
Related Story: Power retailer Synergy accused of price-gouging customers up to $100 million

State-owned power provider Synergy will plunge to a loss amid efforts by the West Australian Government to keep a lid on power price rises and an onslaught of renewable energy.

It emerged in estimates hearings at State Parliament last week that Synergy may need to borrow $140 million over the next four years to fund capital works and cover its deteriorating trading position.

Energy Minister Bill Johnston has confirmed Synergy will also fall into the red from 2019-20 as the gap between its costs of producing electricity and the prices consumers pay widens.

The McGowan Government revealed in this month’s state budget that household power prices would rise by just 1.75 per cent — or $31 a year — from July.

The increase was significantly lower than the 7 per cent jump projected in last year’s budget, and the Government said the decision would come at a $284 million cost to the state’s bottom line over the next four years.

Mr Johnston said most of that cost would be worn by Synergy, as he acknowledged the utility was now forecasting it would be “in a loss-making position in each year from 2019-20 onwards”.

But the Minister insisted he was not worried about Synergy’s financial health, saying it was not unusual for the Government to stand behind state-owned enterprises.

And Mr Johnston said Synergy’s significant “capital reserves”, or cash in the bank, would allow it to avoid taking on debt to pay its daily bills.

“Every activity of Synergy is completely underwritten by the Government of Western Australia so there’s no question at all of its financial capacity,” he said.

According to Mr Johnston, another reason for Synergy’s troubles was a decision by the Economic Regulation Authority (ERA) to transfer $250 million of costs from major electricity users to smaller ones such as households.

Shadow Energy Minister Dean Nalder accused the Government of trying to conceal the full extent of Synergy’s financial woes and also questioned its plans for the broader electricity industry in WA.

He said despite the Government increasing power prices sharply in its first three budgets, there had been no commitment to reforms such as competition in the household market.

“They’ve been at pains to try and cover up the fact Synergy has some really challenging years ahead of it,” Mr Nalder said.

“We’re trying to understand what the Government is doing.”

The latest developments have shone a light on the financial performance of Synergy, which is battling a sharp fall in demand from its fleet of coal and gas-fired power plants as cheap wind and solar power flood the grid.

Under a decision taken in last year’s budget, the Government no longer subsidises Synergy’s operating losses.

Photo: Synergy will need support to deal with the move towards solar energy, the Treasurer says. (ABC News)

Treasurer Ben Wyatt acknowledged the decision to cut off Synergy’s subsidy had partly led to the utility’s predicament.

But he also suggested the deterioration in Synergy’s financial health was worse than he had been expecting and would inevitably flow through to the state’s balance sheet via higher debt levels.

“To a certain extent when we pulled out the operating subsidy a couple of years back, we knew there was going to be some borrowing pressures on Synergy, so we knew that was coming,” Mr Wyatt said.

“But of course the impact of solar energy, solar rooftop energy, that sort of move into the commercial space is a real challenge for Synergy, there’s no question about that.

“We are going to, I suspect, have to support it over the transition going forward.”

Posted on May 30, 2019, in ConspiracyOz Posts. Bookmark the permalink. Leave a comment.