← At this fast food drive through, the person taking your order might not be a person at all
Bags of Gold Anyone? – ConspiracyOz →

Why has China banned Australian coal 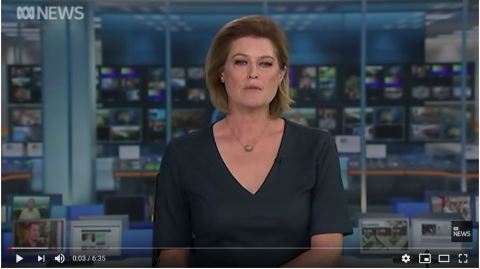 Australian coal producers have suffered another savage hit, with Chinese authorities placing an indefinite ban on imports ahead of a strict new regime of quotas. 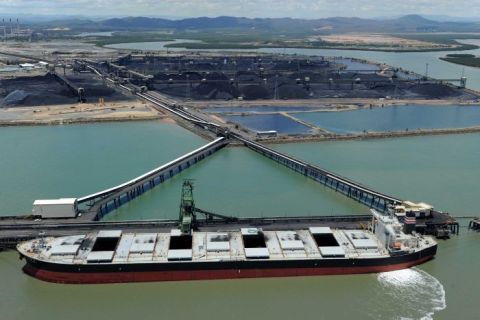 The Reuters news agency reported customs officers based at the key northern port of Dalian stopped Australian coal imports and would move to cap imports through their harbours at 12 million tonnes a year.

The move appears political, with only Australian coal being targeted.

Reuters said imports from Russia and Indonesia would not be affected.

News of the ban sent the Australian dollar tumbling in late afternoon trade.

At 6:00pm (AEST) the dollar had tumbled below 71 US cents, having moved above 72 US cents after stronger-than-expected jobs data earlier in the day.

Currently, the ban is centred on coking coal used in steel making, but the fear is it will spread to other ports and to thermal coal used in power generation.

Ahead of the ban, Australian exporters had experienced significant delays in moving coal through the Dalian ports, with the average time to process a load slipping from 25 days to 40 days since the start of the year.

Coal is now Australia’s most valuable export generating $64 billion worth of income, with China consuming around a quarter of the total shipments.

CBA commodities analyst Vivek Dhar said the ban as it stands affects only a small percentage of Australia’s coal exports, but the fear is the action will spread quickly.

Last year, around 7 million tonnes of Australian coal went through the Dalian ports, so the threatened 12 million tonne quota may not stifle trade in the longer term.

However, Mr Dhar said the message Chinese officials are sending is the worry.

“It has crystallised the fear that something is going on, that China is targeting Australian coal,” he said.

Trade Minister Simon Birmingham said he was asking Australia’s ambassador in Beijing to seek clarification about the Reuters report.

He said he would work with the coal industry on matters of market access.

“China is a valued partner of Australia and we trust that our free trade agreement commitments to each other will continue to be honoured,” he said in a statement.

“Australia is, and will continue to be, a reliable supplier of resources around the world. Australia’s exports of coal to China in the fourth quarter of 2018 were higher in volume and value than the same period in 2017.”

Australia’s relationship with China is not in crisis, but no-one would blame you for thinking that, writes Stephen Dziedzic.

Mr Birmingham urged caution on the issue as he added: “It’s important to reiterate… that we went through a period of some similarity late last year but when all that was done and dusted both the value and volume of our coal exports in that fourth quarter last year to China were significantly higher.”

“So, yes, we can see these occasional interruptions to the smooth flow but that doesn’t necessarily translate to some of the consequences that aspects of the media might seek to leap to.”

The Department of Foreign Affairs and Trade (DFAT) also said officials were working overtime to try to clarify the situation.

“We should be in a better position by this time tomorrow because the Chinese realise that this is a very significant issue and they probably don’t want to see it on the front pages any more than we do. And we both have an interest in getting to the bottom of it,” DFAT first assistant secretary Graham Fletcher said.

Mr Fletcher said Australia was aware that other countries were also experiencing “some difficulties” with their exports, but did not specify which ones.

“The immediate step was to find out from China what is happening. They have commitments as a World Trade Organisation member and we are an important trading partner to each other and we want this relationship to be smooth and ongoing,” he said.

“So there is an interest from their side in explaining the position to us, particularly given the level of interest in the media.”

BHP chief executive Andrew Mackenzie said while delays had been experienced in getting both metallurgical coal and thermal coal into China recently, he did not believe it was political.

Mr Mackenzie told an analyst and investor briefing earlier this week that all suppliers had been hit by delays at Chinese ports.

“There are a number of things happening in China relating to, how they plan, and moderate, if you like, imports versus their own domestic production,” Mr Mackenzie said.

“I don’t believe for one moment this is linked to some of the higher level issues of relationships between China and the rest of the world, and including with us.”

CBA’s Vivek Dhar said any displaced Australian coal shipments would eventually find a market, but at a discounted price.

“Markets are speculating that the move again reflects strains in the political and trade relationship between Australia and China in recent times, such as the banning of Huawei from the 5G mobile infrastructure rollout and suggestions in the media that China may have been behind the recent cyber attack on the Australian Parliament.”

However, currency markets are likely to remain on edge for some time.

“If it was the start of a more significant deterioration in the trade relationship, it could of course have more important impacts on Australian markets, trade and economic activity given China is Australia’s largest trading partner, taking around 34 per cent of total exports,” Mr Colhoun said.

The global energy consultancy Wood Mackenzie said a prolonged China-wide ban could have enormous implications for markets in both countries.

Wood Mackenzie’s research director Robin Griffin said the possibility of adverse impacts on China, such as soaring coal prices, suggest a long-term ban is unlikely, but it remained a possibility.

“We expect Australian prices, particularly for premium and second-tier hard coking coal, would come under severe pressure as Australian exporters look to sell excess coal into other markets.”

Posted on February 27, 2019, in ConspiracyOz Posts. Bookmark the permalink. 2 Comments.

← At this fast food drive through, the person taking your order might not be a person at all
Bags of Gold Anyone? – ConspiracyOz →