OFF The Grid is the Answer – ConspiracyOz 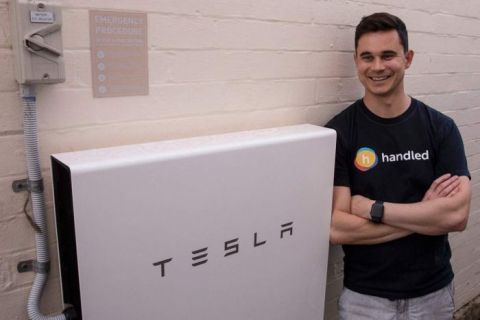 When 45,000 homes and businesses in Sydney’s eastern suburbs were plunged into darkness yesterday, Carl Prins did not even notice his watch had buzzed.

At 11:30am, it let him know a recently purchased battery had isolated his Waverley house from the electricity grid, but everything was still working fine.

“I was upstairs working and I got a notification that my house was now being powered by the battery, it was pretty cool,” Mr Prins said.

In September 2017, the 38-year-old energy consultant — an alumnus of the same South African school as Elon Musk — spent $12,000 and five months on a waiting list to be one of the few hundred Australian owners of a Tesla Powerwall 2.

The 120 kilogram battery is charged by integrated solar panels during the day, storing excess energy for use through the night.

When an outage strikes, the Powerwall is supposed to automatically take over as the home’s main power source, effectively taking it off the grid.

For an hour, Mr Prins’ house was the only one on his street with a running fridge.

He was surprised the battery worked as advertised.

“It was always meant to work in theory but there was never a way to test it,” he said.

“I’m pretty pleased — there’s a certain sense of Machiavellian satisfaction to it … kind of being out for yourself.”

Leia*, who works in advertising and lives across the road from Mr Prins, was scrambling to meet a deadline when she suddenly lost power to her laptop.

Mr Prins’ neighbour Monique Munro, 55, was vacuuming when “everything suddenly turned off”.

Her husband, who works at Bondi Junction, was also left in the dark.

Both Leia and Ms Munro’s homes were outfitted with solar panels, but because both rely on the grid to circulate energy through the home, neither could keep the fans spinning as the temperature reached about 35 degrees Celsius.

Posted on February 14, 2019, in ConspiracyOz Posts. Bookmark the permalink. Leave a comment.