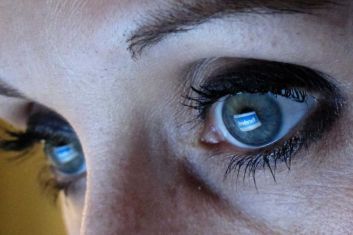 Photo: More and more ‘ordinary people’ are taking to the courts to battle defamatory statements made online. (Reuters, file photo)

Australia’s defamation laws weren’t written with social media in mind — in fact, some elements of our existing law are based on English precedents that predate the printing press, to say nothing of the smartphone.

But increasing numbers of Australians are nevertheless turning to the courts to protest defamatory comments made about them online or in texts — something which legal experts say leads to arduous and costly, years-long legal battles.

The ABC’s daily news podcast The Signal has been speaking to experts who think so.

How long do social media defamation cases drag on for?

In many cases, defamation cases take months, if not years.

The Signal spoke to one woman in Canberra, Heather, who spent two years in and out of court in a defamation action against a man who had published nine separate posts on his public Facebook page, falsely accusing her of sexism, bias, incompetence and fraud in her job working for a local sporting body.

Heather told The Signal her lawyer initially contacted the man with a simple request that he take the posts down, which was ignored.

The internet is full of defamation, but suing someone for an online post can be eye-wateringly expensive and slow. So do defamation laws need an update?

She says that left her little choice but to sue him for defamation in court, a process which proved long and expensive.

“The process lasted probably two years, and it was very draining and exhausting, and a very emotional and financially expensive process as well,” Heather told The Signal.

“In terms of me being quite resilient and a bit of a fighter on these things, I was pleased with the outcome, because it did clear my reputation, and that’s really what I wanted to do.”

But asked whether it was frustrating that the court process itself took so long to get to a verdict, Heather agreed the legal system was too big a barrier.

“It is incredibly frustrating,” she said.

“People need to understand that it’s time-consuming, it’s complex, and it can be expensive.”

“Every time you turn to do something to prevent a post being made or have it taken down, it takes time and you have to pay a lawyer to assist.”

How many digital media defamation cases are there in Australia?

According to an analysis of Australian defamation case law carried out by Professor Peter Fray and Professor Derek Wilding at the University of Technology in Sydney, there were 609 defamation cases in Australia between 2013 and 2017, with about half happening in New South Wales.

Over that period, an increasing proportion of cases involved plaintiffs who the authors said would not be considered “public figures”, suggesting a slow but steady rise in individuals like Heather taking action over defamatory comments posted online.

Professors Fray and Wilding report that 16 defamation cases in Australia in the five-year period they studied involved Facebook posts, 20 involved emails, four were about posts on Twitter and two were about SMSs.

Speaking to The Signal, Professor Fray said those results showed that defamation law — written with public figures and mass market newspapers, magazines and television programs in mind — was changing rapidly.

“But while it’s true there are still a lot of those cases, people are generally surprised to see that there’s a lot of defamation actions being brought now by individuals against other individuals for defamation on social platforms,” he said.

“Now is the time we started talking about this.

“It seems to me people are becoming a bit addicted to defamation as a way of taking out your enemies, and that isn’t necessarily what defamation is about.”

So what is defamation law meant to be about?

Australian defamation law was last substantially updated in 2005, although aspects of it have their origins in English common law, and some precedent cases date as far back as the 13th century.

Dr Matthew Collins QC, president of the Victorian Bar, told The Signal that while defamation laws had been adapted to today’s social media circumstances, in many ways they were an awkward fit.

“In the 1990s say, individuals did used to sue individuals,” he said.

“But typically that was over, for example, a letter, or a notice pinned on a noticeboard, or something said at a public meeting.

“Nowadays, of course, online communications are ubiquitous, and they are a permanent form of communication, in that they exist in cyberspace forever.”

So to cope with the new types of platform on which defamatory comments might be published, Dr Collins said judges had been trying to apply the reasoning built up over decades to the new situations coming before them.

But he said in many cases the comparisons they ended up drawing were strained.

“When courts are faced with new problems, they reason by analogy,” Dr Collins told The Signal.

“So when you read cases by judges who, God bless them, don’t know much about the internet, they will do things like compare emails to letters delivered by the post office, or they’ll compare, in hundreds of pages analysing Google, and say, ‘Well, it’s just the modern equivalent of the card catalogue in your local public library’.

“What a load of nonsense!”

So is there an easier way?

According to Dr Collins QC, yes — and a quicker system wouldn’t take too much work to set up either.

He said if the law was changed to enable courts to carry out that kind of exercise more efficiently and informally, a lot of time wasted on complex legal argument would be saved.

“We have a Rolls Royce justice system in Australia, but the consequence is that it is slow and it is costly,” he said.

“In terms of solutions, one would be to enable courts to determine quickly and cheaply just one simple question: whether what has been written about a person or published online about a person is true or false.

“I think that would be the single thing that would deliver to those whose lives are really badly affected by the publication of material online something that’s of real value to them.”

Posted on November 17, 2018, in ConspiracyOz Posts. Bookmark the permalink. Leave a comment.