← Fluoride Causes Diabetes 2018 Update
Chart of the day: Who do we want self-driving cars to spare on the road? →

Is Australia running out of fuel? PM orders supply review 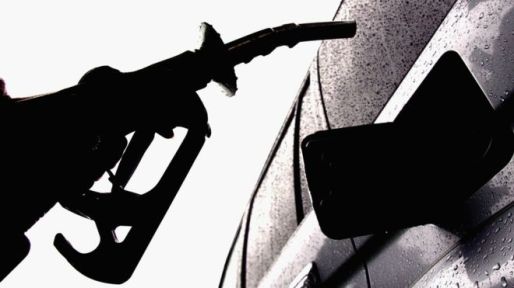 The Australian government has ordered a review of fuel security after experts warned the country only has weeks of petrol, diesel and aviation fuel supplies left in its reserves.

The country’s energy minister, Josh Frydenberg, said it was the “prudent and proper thing to do” but should not be interpreted as Australia having a fuel security problem.

The International Energy Agency expects countries to have 90-days worth of fuel in reserve, but Australia has not met those levels since 2012.

So how low are Australia’s fuel reserves?

In January this year, the latest data available, Australia held just under 50 days worth of fuel stocks. Five years ago, it had nearly double that amount.

The Australian Petroleum Statistics 2018 cites Australia as having 23 days worth of petrol, 20 days aviation fuel and 17 days diesel oil in reserve to use in an emergency.

The remainder would come from overseas credits – a system that would allow Australia to buy from overseas if things went badly wrong.

Where do Australia’s oil supplies come from?

Australia is currently dependent on imports for more than 90% of its fuel needs.

The crude oil comes from the Middle East and is processed at refineries in South Korea, China and Singapore.

It is then shipped to Australia as diesel, aviation fuel and petrol.

Mr Frydenberg says Australia’s reliance on imported fuel has increased in the last 10 years because “three of Australia’s seven domestic refineries have closed and our domestic oil production has declined by a third as existing fields become exhausted”.

How vulnerable is Australia to a global disruption?

Australian strategist and retired air vice-marshal John Blackburn told The Australian newspaper that “we would have major problems within two weeks” if there were a major disruption to global oil supplies. That could cause major logistical problems for Australia as it sought to access supplies abroad, and there was, Mr Blackburn told the paper, “no plan B”.

Stephen Innes, Asia-Pacific Head of Trading for Oanda in Singapore said the situation was “very critical when you consider the possible supply disruptions the market is currently facing”.

He told the BBC that Australia “would be left scrambling as they’re literally on an island… entirely dependent on maritime supply.”

Australia would not be able to “ramp up a pipeline” from elsewhere, he pointed out, saying that the logistics for obtaining alternative supplies would be enormous.

Those problems would get worse if supply chains were to slow down or ships had to be re-routed – for example if there was an escalation in the Syria conflict.

Paul Barnes, Head of Risk and Resilience at the Australian Strategic Policy Institute in Sydney said Australia would “quickly become dependent on arrangements with other economies to draw from their reserves”.

And more dramatically, Dr Malcolm Davis, a senior analyst on defence strategy and capability at the Australian Strategic Policy Institute warned of a “Mad Max world” if fuel ran out.

He told news.com.au that Australia was “one of the few countries in the world that does not take our energy security seriously”. 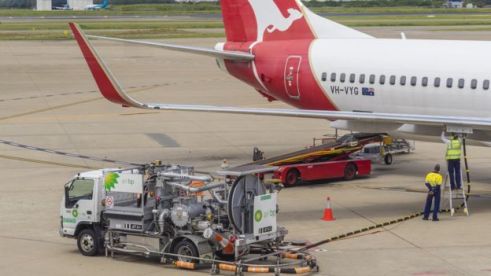 So should Australians be worried?

The government says there is no need for panic.

“Australia’s fuel supplies have proved to be remarkably reliable and resilient over the last four decades,” the energy minister has stressed.

James Prest from the Australian National University’s Energy Change Institute in Canberra said there were multiple sources of supply, so an emergency was not imminent.

But he is urging the government to go a step further, saying “a review is necessary but not a sufficient step”.

“Australia is the only IEA country which is a net oil importer and which relies solely on the commercial oil stockholding of industry to meet its 90 day obligation.”

But while the experts agree that Australia is unlikely to run out of fuel – so long as the Syria conflict does not dramatically worsen – perhaps the biggest worry for consumers is they end up paying more to fill the tanks of their cars and trucks.

And of course if aviation fuel gets more expensive that too could eventually be passed on to customers – though national airline Qantas, which controls nearly two-thirds of the domestic market, has hedged about 70% of its fuel expenses for the next financial year. That means it would take time for higher costs to filter through to passengers.

Posted on October 29, 2018, in ConspiracyOz Posts. Bookmark the permalink. 1 Comment.

← Fluoride Causes Diabetes 2018 Update
Chart of the day: Who do we want self-driving cars to spare on the road? →