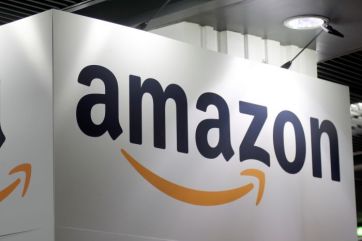 Australian shares are expected to push higher for the second consecutive day, amid a boost in iron ore prices and solid trading sessions in US and European markets.

The Australian dollar has bounced back to just under 74 US cents.

The key focus in economic news will be today’s job figures from the Bureau of Statistics.

Reuters-polled economists predict there have been 17,000 new jobs created, and the unemployment rate will remain steady at 5.4 per cent.

On Wall Street, the benchmark S&P 500 hit a five-month high, up 0.2 per cent to 2,816, boosted by financial and industrial stocks.

The Dow Jones rose 0.3 per cent to 25,199, while the tech-heavy Nasdaq index was unchanged.

Most S&P companies have been posting strong results, boosting expectations of a solid second-quarter reporting season.

Berkshire Hathaway led the financial sector higher, rising 5.3 per cent on news that the company eliminated a restriction on its ability to buy back its own stock.

The new policy approved by Berkshire’s board lets its chairman Warren Buffett and vice-chairman Charlie Munger authorise buybacks when both believe the repurchase price is “below Berkshire’s intrinsic value,” a determination that would be made “conservatively”.

Amazon’s market value briefly hit $US900 billion ($1.22 trillion) for the first time — a milestone in its 21-year history as a publicly-listed company.

Its surge in value also threatens to dislodge Apple (worth $US935.8 billion) as Wall Street’s most valuable jewel.

After announcing that it sold more than $US100 million ($135.2 million) in products during its annual Prime Day sale, Amazon’s share price lifted to $US1,858.88.

Amazon, Netflix and a handful of heavyweight technology companies have fuelled Wall Street’s rally in recent years and they remain key parts of portfolio managers’ portfolios.

Meanwhile, Google was slapped with a record 4.3 billion euro ($6.77 billion) fine by the European Union’s competition regulator, which is just two weeks’ worth of revenue for the tech company.

The EU found that Google had been forcing manufacturers to pre-install Google Search, its Chrome browser, and Google Play Store on mobile devices, blocking them from using rival Android systems.

Google has confirmed it will appeal, and its share price was largely unchanged.

Posted on July 28, 2018, in ConspiracyOz Posts. Bookmark the permalink. Leave a comment.