In early December 2017, Dr. Chris Exley of Keele University in England and his colleagues published a paper that for the first time looked at the brain tissue of subjects with autism to determine the level of aluminum (note: they spell “aluminum” as “aluminium” in the United Kingdom) found within their brain tissue.

For anyone trying to convince the world that “the science is settled and vaccines don’t cause autism,” the study’s findings are deeply contradictory to that statement. In a blog post written by Professor Exley on the day his study was published, he explained the groundbreaking results:

“…while the aluminium content of each of the 5 brains [of people with autism] was shockingly high it was the location of the aluminium in the brain tissue which served as the standout observation…The new evidence strongly suggests that aluminium is entering the brain in ASD [autism spectrum disorders] via pro-inflammatory cells which have become loaded up with aluminium in the blood and/or lymph, much as has been demonstrated for monocytes at injection sites for vaccines including aluminium adjuvants.” 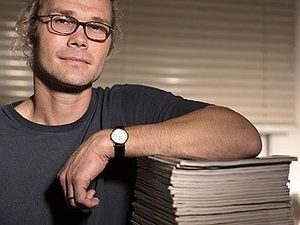 Dr. Exley’s quote includes a reference to “monocytes at injection sites” and the fact that the interaction between these monocytes and aluminum has been demonstrated in previous published science. I know, that sounds pretty technical, but bear with me. A “monocyte” is a type of white blood cell, of which one form of monocyte is a “macrophage.”

A macrophage can be thought of as the garbage man of the immune system, eating up foreign substances, cell debris, etc. As you will see in a moment, macrophages appear to be playing a critical and devastating role in triggering autism, serving to escort aluminum injected from a vaccine directly into the brain, where it can disrupt brain development and trigger autism.

Dr. Exley’s study – “Aluminium in brain tissue and autism” – is the final piece of a puzzle that first started to come together in 2004, and picked up steam since 2010, that has dramatically furthered the scientific understanding of exactly how a vaccine can trigger autism. This timeline is critical to recognize, because the Vaccine Court in the United States dismissed the vaccine-autism hypothesis in 2009, long before most of what I’m about to explain even existed.

Science is a continuum, an emergence of truth through many different studies that often have to be pieced together before the picture becomes clear. And, scientific progress can sometimes move slowly until that moment when an emerging truth presents itself in such a way that it can no longer be denied. In my opinion, Dr. Exley’s study provided the only data missing from an airtight explanation of what happened to my son and so many other children.

For Americans, the race to discover what’s causing all this autism will likely be won on foreign shores. As you’ll soon see, ALL of the science explaining how autism can be caused has come from other countries, even though a Caltech scientist pushed the first domino back in 2006.

Why is aluminum in vaccines at all?

The amount of aluminum in vaccines given to children skyrocketed beginning in the early 1990s for two reasons: 1), more vaccines were added to the children’s vaccine schedule and, 2), the vaccination rate for all vaccines given to children rose (from 50-60% of children vaccinated in the mid-1980s to over 90% today). A child in the mid-1980s would have received 1,250 micrograms of aluminum from their vaccines by their 18-month birthday if they were fully vaccinated.

Today, that number is 4,925 micrograms, a near-quadrupling of total aluminum. You can read more about this in an excellent study published by Neil Miller, here’s an image from the study:

Mystifyingly, aluminum has never experienced biological testing to consider its safety for being injected into babies, having been “grandfathered” into our modern safety standards.

Canadian scientists Dr. Chris Shaw and Dr. Lucija Tomljenovic addressed this omission in a critical study they published in 2011 in Current Medicinal Chemistry titled, “Aluminum Vaccine Adjuvants: Are they Safe?” They wrote:

“Aluminum is an experimentally demonstrated neurotoxin and the most commonly used vaccine adjuvant. Despite almost 90 years of widespread use of aluminum adjuvants, medical science’s understanding about their mechanisms of action is still remarkably poor. There is also a concerning scarcity of data on toxicology and pharmacokinetics of these compounds. In spite of this, the notion that aluminum in vaccines is safe appears to be widely accepted. Experimental research, however, clearly shows that aluminum adjuvants have a potential to induce serious immunological disorders in humans. In particular, aluminum in adjuvant form carries a risk for autoimmunity, long-term brain inflammation and associated neurological complications and may thus have profound and widespread adverse health consequences.”

I wrote an extensive article in January about the way aluminum’s safety has been mismanaged, you can read that article right here:

A lone FDA scientist could end the autism epidemic

Comment: This portion of the article can be read here: Aluminum adjuvant, cytokines, brain inflammation, autism: Did China discover the missing piece of the autism puzzle?

In the middle of 2017, three of the most important scientists in the field of aluminum adjuvant toxicity – Dr. Christopher Shaw of Canada, Dr. Chris Exley of England, and Dr. Romain Gherardi of France – took the extraordinary step of writing letters of caution to our American public health authorities. I provide their letters below. 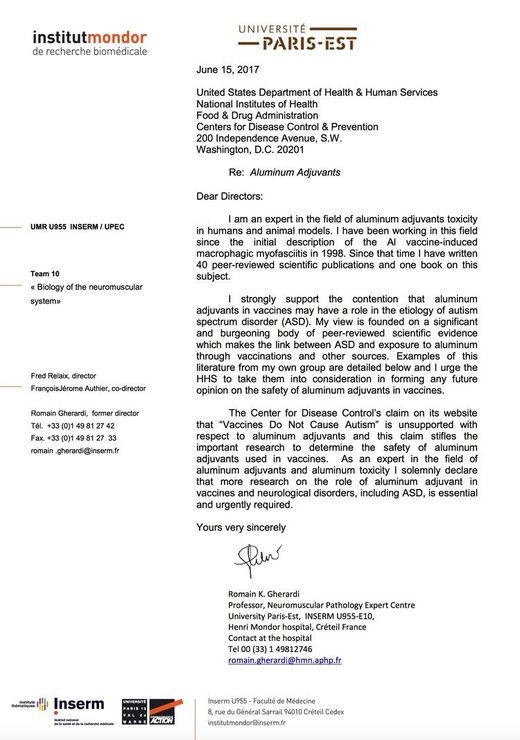 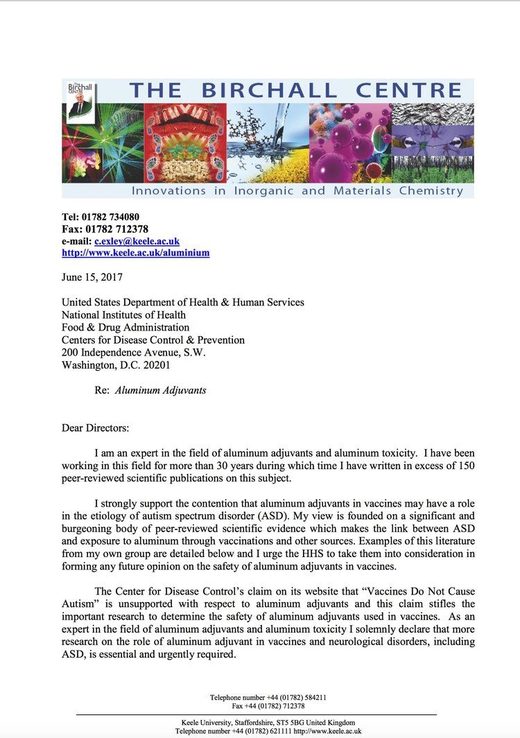 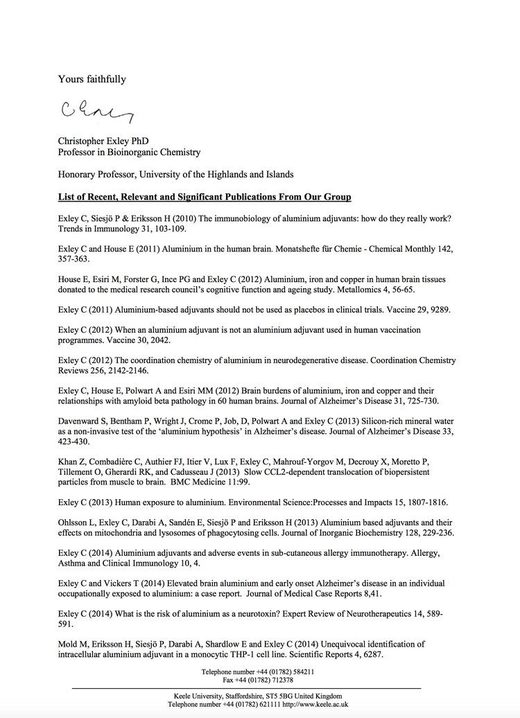 J.B. Handley is the proud father of a child with Autism. He and his wife co-founded Generation Rescue, a national autism charity, in 2005. He spent his career in the private equity industry and received his undergraduate degree with honors from Stanford University in 1991. His first book, “How to End the Autism Epidemic,” will be published in September 2018 by Chelsea Green Publishing and is available for pre-order on Amazon.

He is also the author of “A lone FDA scientist could end the autism epidemic.” Learn more here.

Posted on July 2, 2018, in ConspiracyOz Posts. Bookmark the permalink. Leave a comment.