Hooray for the Dumb Phone – ConspiracyOz

Smartphone ban in NSW schools an option, as Government launches study into phone use 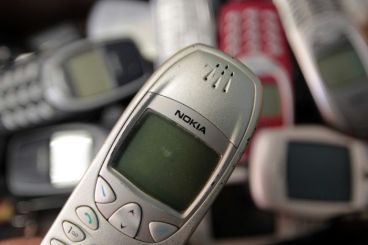 Photo: It might be time to dust off your old Snake machine. (Reuters: Alessandro Bianchi)

School children in New South Wales could be going back to the future, with the State Government looking at banning smartphones on school grounds and instead allowing only basic “old-style” mobile phones.

Known as a “dumbphone” policy, a study into the proposal is being led by child psychologist Dr Michael Carr-Gregg after a review of smartphone use on school grounds across the state.

“These are phones that don’t have a camera, that don’t access the internet,” he said.

“But they still afford young people the opportunity to communicate with their parents which I think is a legitimate role.”

The study, the first of its kind in Australia, will examine smartphone use in schools from kindergarten to Year 12.

Photo: School children could be forced to use only “dumb phones” (ABC News: Nikki Roberts)

Prompted by concerns from parents, teachers and academics, Dr Carr-Gregg said the study also came on the back of increasing cyber-bullying complaints.

“And we’re particularly interested in the impact of this in primary schools where an astonishing number of young people have access to Snapchat, Instagram and other social media which clearly raises questions about whether it’s age appropriate.

“I think the main issue is when you’ve got one-in-four kids under the age of 12 being stalked and harassed and abused online — we can’t sit down and do nothing.”

Fear Of Being Offline

NSW Education Minister Rob Stokes said the review would look into the risks and rewards of social media.

“We recognise that young people have access to technology that previous generations could only have dreamed of,” he said.

“The review will look at everything, but I think the best way to respond to technology is not simply to ban it, we likely to need more nuanced responses.”

Dr Carr-Gregg said there was potential for smartphones to be used as a teaching device, and the study would asses all options.

“There are teachers who have told me they can turn phones into literal Sale of the Century buzzers — so they can use the phones in quizzes,” he said.

Posted on June 29, 2018, in ConspiracyOz Posts. Bookmark the permalink. Leave a comment.