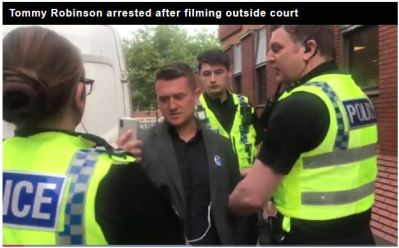 MEGHAN Markle’s sister has called for former EDL leader Tommy Robinson to be released from jail.

Samantha Markle has revealed to Daily Star Online why she wants Robinson, real name Stephen Yaxley-Lennon, to be released from jail where he has been sentenced to for 13 months.

The ex-EDL leader was jailed for contempt of court this week after being arrested outside Leeds Crown Court where he live streamed a one-hour-long rant, viewed 250,000 times, that threatened to derail a trial.

The 35-year-old, from Bedford, had filmed himself and people involved in the trial.

After risking thousands of pounds in taxpayer money being wasted, cops arrested him and sparked a furious backlash from his supporters – resulting in a petition calling for him to be freed. 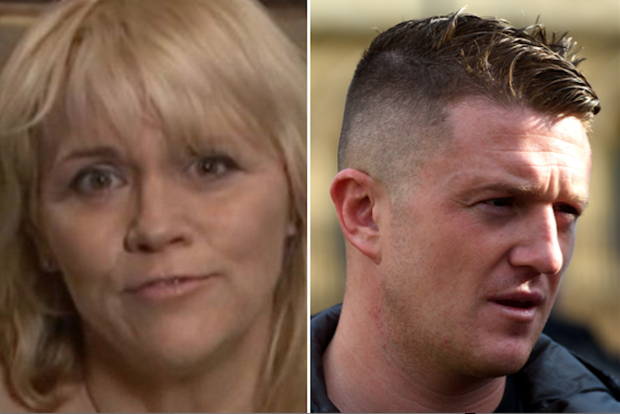 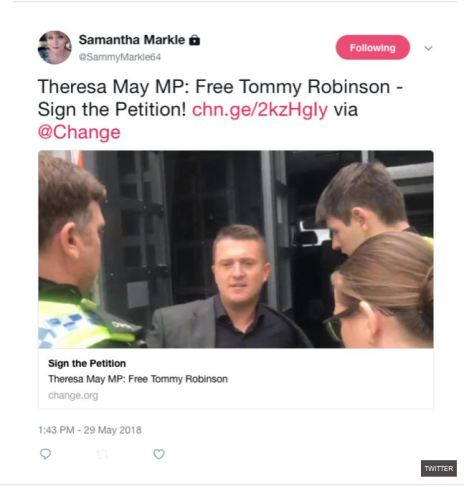 Yesterday Meghan’s sister Samantha waded in on the argument by sharing a petition on Twitter that calls for Tommy to be released, which has collected more than 500,000 signatures.

She has now revealed to Daily Star Online why she wants the Far Right campaigner to be freed, insisting he was just “expressing speech and opinions” and had the right to “freedom of speech”.

She said: “I do not feel that Tommy Robinson should have been jailed.

“Jailing someone or preventing them from exercising freedom of speech does not resolve the issue.

“I don’t agree with everything he has to say, but I feel that he should be entitled to freedom of speech.”

A court order is currently in place temporarily delaying reporting on the trial Tommy was arrested for streaming about – so the press are not able to release details at this time.

Court orders were also initially in place delaying reporting of Robinson’s sentencing hearing and arrest, before being overturned after a media challenge.

It was revealed by the local newspaper he was jailed for 10 months for contempt of court and a further three months for breaching the terms of a previous suspended prison sentence. He admitted the offences.

Posted on June 7, 2018, in ConspiracyOz Posts. Bookmark the permalink. 1 Comment.