Once Bike companies are embedded in our cities…prepare for your car to be demonised ie (the death of the internal combustion engine) to make way for Bikes, Electric Cars, Buses in the New World Order’s Transport system of the Future.

Totally monitored, with permission needed to travel anywhere. Of course they will need a False Flag (War?) to implement these irreversible changes. Prepare Ppl. 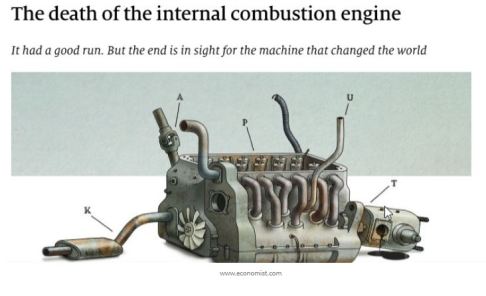 The death of the internal combustion engine – Electric cars

A number of Australian cities have had docking shared bike systems since 2010. In 2017 dockless bike sharing commenced in all the capital cities.

The dockless systems experienced a higher degree of vandalism, including bikes dumped in rivers, than has been seen in other countries. The dockless services all provided helmets with the bikes.

In 2017 three dockless services have launched in Sydney

Urbi bike-share began a 12-month trial operating within the City of Joondalup in September 2017. 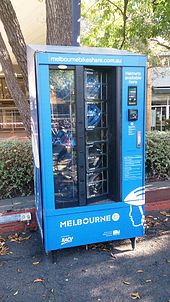 A bicycle helmets vending machine in The University of Melbourne Parkville campus, Australia

The first municipal bicycle share system in Australia, Melbourne Bike Share (MBS), was launched in Melbourne in June 2010. It started with 10 stations. Usage has been lower than expected and has required ongoing public subsidy.

Take up has been affected by the location of docking stations and the legal requirement for riders wear helmets, which are not provided with the bikes. Ridership doubled when $5 helmets were offered for sale from vending machines. Currently the MBS uses 500 cycles at about 50 stations around Melbourne’s central business district.

Dockless service oBike placed 1,250 bikes in Melbourne since July 2017. There has been notable vandalism of the bikes in the first few months, including their dumping in the Yarra River.[300]

Subscriptions for CityCycle, a Vélib-style community bike hire scheme by JCDecaux for Brisbane started on 1 September 2010 and has grown to include 2000 bikes in 150 stations from the University of Queensland to Tenerife.Its operation has depended on public subsidy. Initially helmets were not provided with the bikes but this was later changed. After only achieving 80,000 trips in its first twelve months, by 2016-17 this had increase to 522,388.

The bikes were linked to the public transport go card – a single card covering all buses, trains, ferries and the Gold Coast light rail system. In 2017 it was announced new bank card facilities would be added to the stations.

Posted on March 25, 2018, in ConspiracyOz Posts. Bookmark the permalink. 1 Comment.