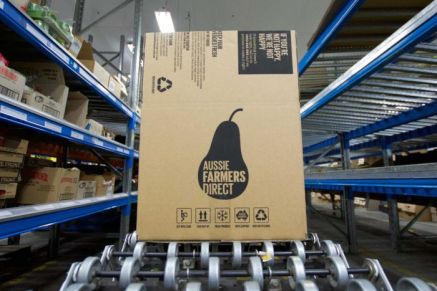 The business closed on Monday morning and administrator KordaMentha said they had to turn away trucks of fresh produce.

Administrator Craig Shephard said the closure would affect 260 employees, 100 franchisees and their 100,000 customers around the country.

“The employees that I spoke to this morning at ten o’clock — they’re without a job,” he said.

“For the suppliers, the channels they had to get to market through Aussie Farmers Direct are now closed. We’re not accepting any deliveries.

“Tomorrow when people wake up there won’t be deliveries of milk and bread and fresh vegetables.”

Farmer suppliers have told the ABC they were unaware of the business closing until this morning.

The company started in 2005 and was one of the first to deliver items such as fresh fruit and vegetables direct to consumers’ doors on a subscription basis.

Mr Shephard said there was little cash in the company and most of the debt was held by entities associated with local and overseas investors.

A meeting of creditors will be called next week.

“Unfortunately, we will be unable to deliver any future orders to our wonderful customers. No-one will be charged for these orders.

“Any customer who was scheduled to have a delivery on the afternoon of Monday 5th March and has been charged for this order will have their order refunded shortly.”

Experts warn that while department stores and shopping malls are likely to be around for decades to come, they are now officially under threat.

Food and agribusiness consultant Mark Soccio said it was sad news for the retail food market and farmers.

“But it just shows over time the limitations that business models like these do have. Primarily, that’s around scalability,” he said.

“The bigger they get the more challenging the logistics became.”

Mr Soccio said he thought the reason the business failed was because the company tried to expand.

“When you appeal to a broader segment of the market then you have to become more price competitive,” he said.

“There’s been significant price deflation and that becomes hard for a business like Aussie Farmers who are focussed on a smaller sub-section of the market.”

Posted on March 11, 2018, in ConspiracyOz Posts. Bookmark the permalink. Leave a comment.