Welcome to the future of travel.

Your holiday starts where it always has: sprawled on your couch, with a half-eaten pizza balanced precariously on one knee.

You have a precious three weeks off work coming up, a bad case of the travel bug and no idea where to go. It’s time for some inspiration.

You blink your right eye twice to call up the social media feed on the lenses of your smart glasses.

“Holiday ideas”, you say out loud to your virtual assistant Vexa. Your social feed is filtered down to friends in far-flung places.

You tune into their livestreams, and instantly see everything they’re seeing through their smart glasses.

Olivia is diving in the Maldives. You circle your hand around you and feel the water run against your fingers through the little gloves on your fingertips that feed you tactile sensations.

You swipe your hand to the right to wish list this experience.

Ray is jumping off cliffs in his new wing suit and suddenly so are you, crashing towards a mountain through the livestream from his glasses.

Maybe not. You want action, but not that much action.

“What are other people up to?” you ask Vexa.

Your friends disappear from the travel newsfeed, replaced by “influencers” whose enviable adventures Vexa thinks will appeal to “people like you”.

You tune into the smart glasses of a Brazilian model who’s learning how to weave blankets from llama hair in Patagonia. (Vexa must have chucked her in because you took that free crochet class in a post-breakup stab at “mindfulness” last year).

“How about a city, please Vexa.”

You find yourself looking at a skyline you instantly recognise. It’s Istanbul, the setting of your favourite show — a period drama set in the Eastern Roman Empire, or as your mother refers to it, “that sex-fuelled gore-fest trash”.

With another swipe to the right, a sample itinerary is saved to your wishlist and your watch buzzes with cheap flight deals.

Maybe you can work while you’re there and add a few weeks to your trip. Vexa flashes up a slick co-working hotel in Istanbul — looks like you’re going to Turkey.

The future of travel

Boycotting flights is as popular as vegetarianism was before synthetic meat. Europeans burn hotel beds in city squares to protest against overcrowding by tourists. Foodies fly thousands of kilometres for the weekend just to try a new restaurant. This is tourism in 2030.

By 2050, there will be nearly 200 times the number of tourists there were in 1950, so by 2030 the competition for holiday spots will already be fierce. Much of the increase will come from the growing middle class of developing countries. In China alone, the Asia Development Bank forecast there will be 1.1 billion middle-class citizens by 2030 — which will mean millions of new passports. Skyscanner chief executive Gareth Williams predicts Europe will become a “service continent” for Asian tourists: “We’ll see more Europeans speaking Mandarin and having greater understanding of Chinese cultures over the next decade.”

Travel will remain a status symbol, and the desire to present a “perfect holiday” on social media will only increase as friends “join you” through VR and live-streaming.

The “four-week holiday” that’s been popular since the ’60s isn’t going anywhere, says travel futurologist Ian Yeoman, but with shorter flights many will be choosing short breaks spread over a year instead.

Working remotely will be the new normal and a way to stretch that holiday feeling, boosted by “co-working hotels” with perks like networking and free yoga. Expect to work with a lot more “digital nomads” in 2030 — or maybe you’ll be working poolside, too.

With a long life ahead, you’ll be motivated to sustain your health and happiness with meditation retreats.

“Digital detoxes” or “black hole tourism” will take you to the rare places that remain offline.

You’ll take breaks closer to home in periods when flying is more expensive, and the “carbon conscious” will boycott flying altogether, opting for carbon-neutral “staycations”.

Europe and other “traditional” destinations will be plagued by overcrowding: already in 2017, Europeans took to the streets in Spain, Italy and Croatia to protest “overtourism”. In 2030, you’ll be wishlisting a remote village in a country you hadn’t considered in 2018, as social media helps you find little-known destinations to beat the crowds.

Forget reading a book on the beach — you’re more likely to be making kimchi in the mountains, learning a near-extinct language or jumping out of a plane. Self-improvement holidays and adventure travel will continue to grow in the “experience economy”. There will be a run on “last-chance” destinations which hold a certain mystique, including places threatened by climate change like the Pacific islands.

Authentic experiences guided by locals — like the “Airbnb experiences” launched in 2017 — will continue to be popular. Locals will also house you, cook for you and do your laundry — all sourced and paid for through apps, guided by reviews. But, as Williams warns, “if you turn something that is a co-operative gesture into a financial transaction, you can often lose what was attractive about it in the first place”.

Your holiday will probably be cheaper, but the impact of climate change and peak oil could boost the price of flights.

Despite its energy woes, flying will remain the most popular method of transport, says Yeoman, along with self-driving cars, which will be safer and more efficient than cars today. High-speed rail would be a game changer, but infrastructure is expensive to build, so deployment will lag behind innovation.

You’ll probably retire later and receive a smaller pension than your parents, thanks to the ageing population. Rather than waiting to enter “full retirement” at 65, you’ll spend a couple of decades in “semi-retirement”, says Yeoman, so interesting holidays could be a way of keeping you going — if you can afford it.

Still, you’ll be fitter for longer, so you may be a grey nomad yet.

But for now your out-of-office is on, your bags are packed and you’ve got three weeks in Istanbul ahead of you. Let’s check out the sights.

Through your smart glasses, the Walls of Constantinople tower above you. All you can hear is screaming, but around you oblivious tourists snap selfies with their microdrones.

You’re in the Turkish siege of Constantinople, but only you can hear the soundtrack that’s playing through your glasses via bone conduction —you’re hearing the vibrations through your skull.

With your glasses off, you’re confronted by the crumbling reality.

Earlier, you wandered through the eerie columns of the Basilica Cistern, narrated by one of the 7000 slaves who built it.

Later today, you’ll be a concubine at the Topkapi Palace, seeing the splendour of its halls before they were consumed by fire.

Your watch buzzes— your glucose levels are dropping, according to your contact lenses.

In 2030, your GPS coordinates will be advertising gold, allowing nearby businesses to lure you in with discounts and offers. Through mass location tracking, businesses like Google will be able to tailor recommendations for venues and suburbs popular with people like you, so you can travel like a local.

Discount offers for nearby restaurants flash up in your smart glasses. Vexa compares reviews, savings, distance and wait times and shows you the top five in a split-second.

There’s a longer wait at your favourite — 14 minutes — but you’ll be served faster thanks to your high customer rating. Plus, Vexa calculates that 80 per cent of its visitors are locals — it should be worth it. 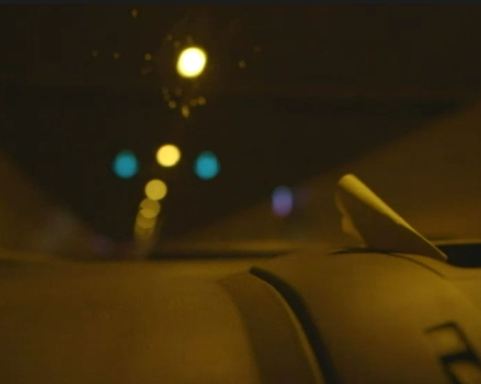 As you jump into a self-driving taxi, Vexa reads you the menu so you can order en route.

Tired and sunburnt, you lean your head against the car window. You begin to hear ads through the vibration of the glass against your skull. It’s annoying, but the longer you listen the cheaper the fare — you don’t really know why they bother, since you’re hardly listening anyway.

At the restaurant, the hostess greets you by name, her glasses using facial recognition to match you to the waiting list. “We’re working on your order”, she says in Turkish, which is translated to subtitles on the edge of your frames.

Translation software has made huge leaps in the past two years thanks to “machine learning” by artificial intelligence. Skype has added real-time translation to its calls, while Google’s Pixel Buds earphones offer instant translation between 40 languages. By 2030, auto-translation will be everywhere.

Waiting for your meal, you do a quick check-in to make sure everything’s okay at home: you jump into the livestream of your house and use the 360-degree function to view the courtyard — the dog looks happy and no dead plants yet.

Your food arrives so you press your thumb to the small pad on the side of your frames to confirm your order has been fulfilled. The bill is deducted from your account, plus a generous tip (it’s worth it to pump up your customer rating).

The meal is delicious — you gesture a five-star rating with one hand, while shovelling a wrap into your mouth with the other.

But you’re craving the comfort of a home-cooked meal. You pull up the Host Me app and begin flicking through locals’ profiles. You book in for dinner with a family not far from your hotel and hope your auto-translation software doesn’t make the small talk too awkward. Plus, you can probably find another hotel guest to go with you — most people are on Friender or Meet Up, especially while travelling.

Your smart shoes direct you back to the hotel for a break before you hit the palace.

Your favourite artist auto-plays through the immersive speakers as you gaze out over Istanbul through the floor to ceiling windows, a sea of rooftops, polished domes and ornate minarets.

Sinking back into the soft pillows, you hesitate for a moment before murmuring, “next episode”.

By 2030, Hilton Hotels predict big data will allow hotels to tweak your room to your preferences before you even arrive. By 2050, Yeoman predicts hotels will be revolutionised by “claytronics” — programmable matter that you can shapeshift into different forms. Developments in brain-computer interfaces mean claytronic matter could be programmed with thought alone — just think of a softer bed and it’s yours!

The windows become a screen, and the credits roll for the latest episode of your favourite show: sweeping aerials of ancient Constantinople play across the glass, with the skyline of modern Istanbul fading into the background.

Yes, you might have flown 14,000 kilometres to be here, but with blisters from your “smart” but ultimately uncomfortable shoes, sometimes it’s easier to explore through a screen.

Separated by half a planet and a carefully curated social feed, your friends will never know.

Posted on February 11, 2018, in ConspiracyOz Posts. Bookmark the permalink. 1 Comment.