← Why The Globalists Need A War, And Soon
Still Trust Big Pharma? – ConspiracyOz →

Amazon’s arrival: What will it mean for workers’ rights and industrial relations? 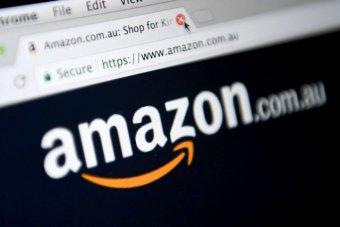 Photo: Amazon’s arrival may signal a change in how we navigate industrial relations and workers’ rights. (AAP: Joe Castro)

Like other multinational companies that enter the Australian marketplace, Amazon will have different industrial relations practices and this could signal changes in union relations.

This comes as unions themselves fight to stay relevant in a changing workforce.

Amazon warehouses are not worker-free and some new jobs will be created for maintenance or robot learning.

But the bulk of potential new jobs associated with automation at Amazon are unlikely to happen in Australia — but rather where robots are developed and manufactured.

This trend is likely to be aggravated with drone delivery and the first worker-less full scale convenience store where you can just “grab and go” already operating in the US.

Amazon is going squash existing retailers and consumers may not benefit that much, writes Stephen Letts.

It’s likely that the higher the future market share of Amazon in Australia, the bigger the negative impact on retail and logistics jobs.

Recently there have been reports from Germany and Italy about Amazon workers striking following failures to win improvements in pay and conditions — with workers citing “brutal” working conditions.

In the UK, Amazon widely uses controversial zero-hours contracts (which mean employers do not guarantee any hours per week to an individual worker).

Only use humans if robots can’t do it

Looking more closely at Amazon’s approach throughout its various businesses reveals some signs about how it values those who carry out work on its behalf.

Amazon Mechanical Turk, one of Amazon’s platforms, is an interesting example of the philosophy powering the Amazon corporate machine.

Could a robot do your job?

Search our database of every Australian occupation to find out how difficult it will be for artificial intelligence to do your job.

Amazon Mechanical Turk is a crowdsourcing website where clients post tasks (often collections of micro tasks) and “turkers” complete them. Amazon Mechanical Turk calls these tasks human intelligence tasks, things like identifying objects in photographs or helping Amazon catalogue music with each micro task typically attracting a reward of only a few cents.

Turkers provide some of the invisible labour that enables search engines to be refined and algorithms to be tweaked.

In fact the name Mechanical Turk refers to an invention of the late 1700s in which a chess master was hidden in a box controlling an automated set of mechanical hands that looked to be moving the pieces and playing the game independently.

So Amazon Mechanical Turk is designed to hide, not acknowledge human labour.

This is reflected in a strategy of systematically introducing robots to perform warehouse tasks. Many of these robots have been developed in-house.

We asked if you thought Amazon’s arrival would change how we navigate workers’ rights and industrial relations.

One thing we know is that robots are unlikely to become unionised any time soon.

This suits Amazon as it has actively sought to avoid unions in the US with early signs that this posture will be maintained in its Australian operations.

Amazon is not the first disrupter to enter the Australian market with consequences for the labour market and industrial relations.

Until recently, Uber has attempted to make a virtue out of its efforts to challenge regulation, particularly around labour issues.

However, Amazon is more likely to take an approach favoured by US retailers — union-busting.

Union-busting is the short-hand term for the deployment of anti-union tactics by companies and often hired-gun consultants. It’s big business in the US.

Companies like Walmart are notorious for aggressively resisting any attempts by workers to organise for better working conditions.

Of course with union membership at historic lows there are many companies (both local and international) operating in Australia that do not deal with unions. However, we are still not observing in Australia the same type of organised union-busting that has long been a tradition in the US.

The impacts of automation

Myer and David Jones have been stuck in the headlights of huge structural changes in retail. Andrew Robertson explains why.

The entry of Amazon into Australia is symptomatic of the challenges of impending automation, artificial intelligence and machine learning.

This challenge operates at two levels: a shift in the types of jobs available and a geographical shift of jobs globally — in this example from Australian retail and logistics to countries developing and manufacturing robots.

It’s unclear how our labour markets will respond to such change.

Some have called for technology taxes to be levied on the use of robots that replace workers to fund the upskilling of workers and assist with labour market transition.

Despite its size, Amazon may only be the tip of the iceberg with regard to changes at the workplace — they may be well be a part of changing the very nature of work itself.

Posted on December 13, 2017, in ConspiracyOz Posts. Bookmark the permalink. 1 Comment.

← Why The Globalists Need A War, And Soon
Still Trust Big Pharma? – ConspiracyOz →