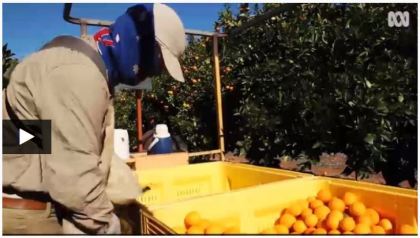 Three Tongan workers have died and others are being forced to live and work gruelling hours in pitiful conditions on a Federal Government-backed program, a parliamentary inquiry has heard.

The inquiry heard that some labour hire contractors were skimming close to $1 million every month off illegal Malaysian migrant workers.

And some contractors in the Sunraysia district of Victoria others in Bowen, Queensland are placing up to 15 workers in squalid homes and charging them up to $100 a week each, the hearing which is sitting in Mildura, Victoria, was told.

Labour contractors are getting away with blatant exploitation because employment and immigration authorities are not taking enough notice of the problems the inquiry, which is looking at establishing a Modern Slavery Act, heard.

Melbourne-based lawyer Raj Thanarajah, who in 2016 linked a Malaysian investigative journalist with the ABC and Fairfax to produce a report that sent shockwaves through Malaysia, outlined how money was skimmed from workers.

He said the issues raised in that report persisted with unscrupulous contractors earning millions of dollars. 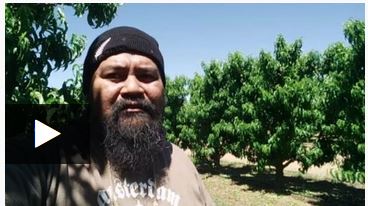 Falepaini Maile, a Sydney-based schoolteacher and president of a Tongan support group formed early last year in response to a flood of complaints about the Government’s Seasonal Workers Program in Queensland, was in tears as she addressed the hearing.

Ms Maile told of the appalling conditions of her countrymen endured in Bowen, Tully, Mundubbera and Childers in Queensland.

Ms Maile told how she helped pack the belongings of a 40-year-old Tongan man Paulo Kivalu, who died at Bowen last year — one of three she said died from overwork, lack of food and medical care in the past 12 months. 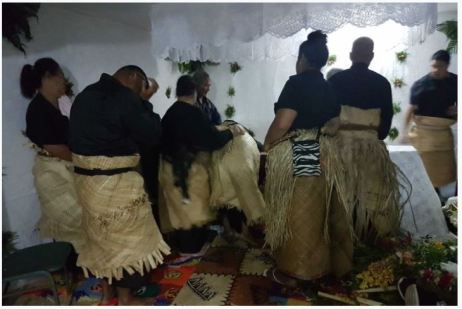 “The saddest thing was when the police and I and others went to where he lived,” Ms Maile said.

“He had a plastic container for all his belongings and we found a couple of Maggi noodles.

Ms Maile said the labour hire contractor had not paid the man’s superannuation contributions for two years, leaving his widow and her two young girls in Tonga with just $1,360.

We asked your thoughts on the exploitation of foreign workers. Here’s what you had to say in the comments.

Ms Maile told the inquiry that the payment had only been made by the labour hire firm the day after the man died.

She said she had spoken to Tongan workers living in unventilated shipping containers and cramped caravans in Childers and Bowen in Queensland.

“The water supply was just one tap and the water was slimy green in colour,” Ms Maile said.

“At night when the woman wanted to go to the bathroom, they go out together, it’s not safe.

“They get cold and water drips down, and they have to wake at four in the morning to start work.

She said the workers cooked on the ground.

“It came to my mind, that Australia is a first-world developed country. Where do you find accommodation like that?”

Apology on behalf of farmers

Emma Germano, who represents the horticulture industry in the Victorian Farmers Federation, apologised to workers on behalf of farmers and called for change.

We have recognised that victims of overseas terrorism require a national compensation framework, yet there is no such program for human trafficking.

She said Australia’s horticulture industry needed 70,000 workers a year, but that simply making an example of one bad apple would not change things for the better.

Ms Germano said she had personally stopped using labour hire contractors several years ago after realising that workers were being exploited and underpaid.

She told a Salvation Army forum that coincided with the parliamentary inquiry of an incident in which a young, female Thai worker had been accidentally sliced with a machete on the heel.

She said the victim didn’t want to make a fuss for fear of being deported.

“She was taken to hospital and dumped at the front door and left with a $3000 debt for dodgy surgery. And we were part of the system,” Ms Germano said.

Ms Germano said farmers needed better pay for their produce from supermarkets but the Federal Government also needed to act on the criminal behaviour.

“How do we say to the Australian Government that you are the ultimate labour hire contractor? 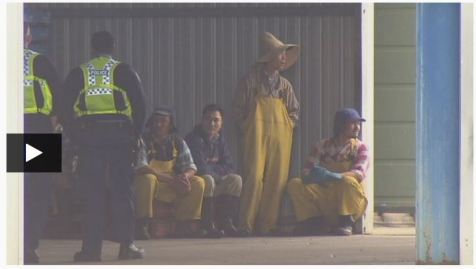 “Honestly on behalf of the Australian farming industry, I’d actually like to apologise on behalf of those farmers who couldn’t think of anything worse than taking advantage of somebody else and want nothing more than to be able to share their wealth they make on their farms.”

The Foreign Affairs and Aid Sub-Committee Inquiry into the Modern Slavery Act in Australia will collate its findings for a report in December, with an expectation that the Attorney General will introduce legislation in 2018.

Posted on November 8, 2017, in ConspiracyOz Posts. Bookmark the permalink. Leave a comment.