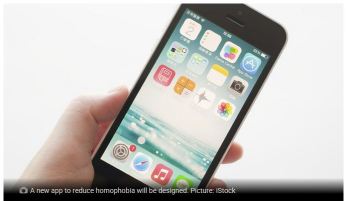 GAMERS will soon be able to mimic the experience of gay, transgender and intersex people in a digital application designed to reduce homophobia.

The Andrews Government will spend $300,000 on the “immersive” game to be launched late next year.

It aims to give “players of all ages” an insight into the prejudice and discrimination faced by LGBTI people.

But details of how the game will be played remain unknown with it yet to be designed.

Victorian Gay and Lesbian Rights Lobby co-convener Dale Park warned it should not be “tokenistic”.

“There is a huge benefit that can come from using new technology to help people understand issues faced by the LGBTI community,” he said.

“Before anything goes live we would need a trial with the LGBTI community to look at how effective this is and the suitability of the app.

“The devil will be in the detail.”

Games studio Mighty Serious will design the app in partnership with the Victorian AIDS Council and Victoria University.

It will take inspiration from Metro Trains’ Dumb Ways to Die app, which teaches rail safety by having the player guide befuddled cartoon characters through a series of challenges.

“Gamification” has also been used in dementia care, indigenous literacy and training programs for NASA astronauts.

Minister for Equality Martin Foley said the app would be free to download worldwide.

“Creativity can play a powerful role in promoting understanding, and this project is one of the ways we are working to bring about positive social change for the LGBTI community and for all Victorians,” he said.

But opposition education spokesman Tim Smith said the game must be age appropriate.

“This is an app aimed at children and adolescents and we’d expect, unlike Daniel Andrews’ Safe Schools program, it would not preach radical theories that parents may not be comfortable exposing their children to,” he said.