Transgender US President Next? – ConspiracyOz 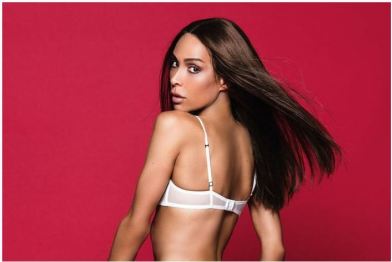 Men’s magazine Playboy has featured its first transgender ‘playmate’ centrefold in its November issue, a move which the model hopes will pave the way for “all women — trans or otherwise — in fashion and other sectors”.

Ines Rau, a French fashion model who was featured nude in a 2014 issue of Playboy, is the first transgender model to appear as a centrefold in the magazine’s 64-year history.

“Every woman’s beauty deserves to be celebrated,” the 26-year old said.

“No-one deserves to be a woman more than those (trans women) who routinely suffer abuse and are treated like they’re less than nothing.”

Rau, who has previously worked with the Balmain fashion house and Vogue Italia, said Playboy founder Hugh Hefner had personally chosen her to be the magazine’s first transgender playmate before he died at the age of 91 in September.

We asked if you thought Playboy featuring its first transgender ‘playmate’ would lead to a more inclusive fashion industry. Read the discussion below.

The magazine’s choice of centrefold has stirred strong opinions from readers, with some slamming the company’s decision.

“We should collectively be fighting for a more open world, not one that promotes hatred and a lack of acceptance,” he said.

Posted on October 22, 2017, in ConspiracyOz Posts. Bookmark the permalink. Leave a comment.