Federal and state police will be given real-time access to passport, visa, citizenship and driver’s licence images for a wide range of criminal investigations – not just identifying terrorism suspects – following agreement between federal, state and territory leaders.

Malcolm Turnbull told reporters the facial biometric matching agreement signed off by the Council of Australian Governments on Thursday was not a Big Brother-style mass surveillance exercise, but a modernisation of existing data-sharing practices between agencies. 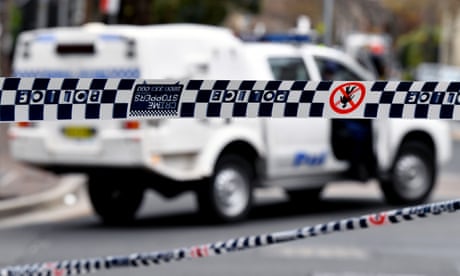 Peppered with questions about the privacy implications of the new automated face-matching regime after he flagged on Wednesday it would work in concert with CCTV footage, Turnbull said law enforcement agencies already routinely shared database information to confirm the identity of potential offenders.

But he said the current procedures were laborious, “clunky” and unfit for 21st century law enforcement. “What this is doing is simply making [face matching] available in as near as possible real time,” Turnbull said.

He confirmed that private companies could be given access to the information by approval from government, and under supervision.

The intergovernmental agreement signed off by leaders says “authorised private sector organisations” will be allowed to access the document verification and face verification services “for matching against identity information held by the commonwealth, states and territories, with the consent of the individual concerned”.

While the change was presented by Turnbull and some of the premiers as a technological enhancement of business as usual, the new system will require legislation from the commonwealth and some states.

The Queensland premier, Annastacia Palaszczuk, made it clear she wanted the new system to be in place before the Commonwealth Games next year, arguing increased surveillance would enhance public safety.

The special meeting convened to consider the counter-terrorism framework also agreed that the commonwealth would enact a uniform law to allow terrorism suspects, including minors, to be detained without charge for up to 14 days.

Civil libertarians and the Law Council of Australia had raised concerns about the 14-day detention period, which already exists in New South Wales, but the Victorian premier, Daniel Andrews, brushed those concerns aside.

“Some people have the luxury of being able to have that notional debate. Those of us in positions of leadership don’t have that luxury.

“We are called to act … and that is what this Coag meeting today has done. It is this forum operating at its best.”

The NSW premier, Gladys Berejiklian, said governments needed to be conscious of individual rights and civil liberties, “however, public safety and security must come first”.

The federal government has not enacted a 14-day detention regime in the past because of concerns such a law might breach the constitution.

But Turnbull said on Thursday it was more efficient for Canberra to legislate, given most counter-terrorism operations were coordinated between the commonwealth and a state jurisdiction.

He said the commonwealth was now satisfied it could legislate without constitutional problems.

Walker said he believed law enforcement agencies would have pressed for the change stemming from their operational experience, but he said ministers needed to do more to inform the public about why the change was desirable.

Leaders on Thursday also agreed to criminalise the possession of instructional terrorist material likely to be of practical use to someone preparing for or engaging in a terrorist act, and to create a new hoax offence, ensuring terrorism hoaxes were criminalised in all jurisdictions.

“On the face of it, these measures appear sensible; but we will wait to see the detail of what is being proposed,” Dreyfus said.

“It is important that the balance between security and privacy is maintained in the face of new threats and there are appropriate protections in place.”

He noted the changes would require legislation, and examination by the parliamentary joint committee on intelligence and security.

“It is important we get any proposed new laws right to ensure the most effective protections are provided for our community,” he said.

The Greens expressed outright opposition. Greens justice spokesperson Nick McKim said the measures were “an unjustified trampling of people’s basic liberties, including the freedom from arbitrary imprisonment and the right to privacy”.

“Detaining people for two weeks without charge is offensive to Australian values and the rule of law,” McKim said. “Creating a massive database of people’s photographs is a privacy invasion that creates a honeypot for hackers.”