← No Jab, No Play, No Way Rally
All Sheeple Citizens who want to receive Government Benefits must agree to be Microchipped in the near Future →

You Can Have Your Cake and Eat It – ConspiracyOz

Oregon bakery that refused same-sex couple owes US $135,000 in damages

Bureau of Labor and Industries’ ruling comes after Portland-area shop Sweet Cakes by Melissa would not bake wedding cake, but bakers could appeal 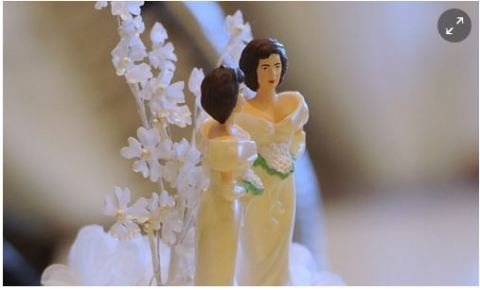 The owners of a Portland-area bakery that denied service to a same-sex couple must pay $135,000 in damages, the bureau of labor and industries has ruled.

The damages are for emotional suffering caused by Sweet Cakes by Melissa, which two years ago refused to bake a wedding cake for Laurel and Rachel Bowman-Cryer.

A 2007 Oregon law protects the rights of LGBT people in employment, housing and public accommodations. It provides an exemption for religious organisations, but the agency ruled that exemption does not allow private businesses to discriminate against potential customers.

“This case is not about a wedding cake or a marriage. It is about a business’s refusal to serve someone because of their sexual orientation. Under Oregon law, that is illegal,” Oregon labor commissioner Brad Avakian said in the final order.

In April, an administrative law judge proposed the same damages.

The bakers said their refusal to bake for the couple was prompted by religious beliefs. The case has been cited in the national debate over religious freedom and discrimination against gays.

Bakery owners Aaron and Melissa Klein closed their Gresham store in 2013 and operate the business from home. They can still file an appeal with the Oregon court of appeals.

One of the Kleins’ attorneys, Anna Harmon, criticised the order, saying it was a case of “an overpowered elected official using his position to root out thought and speech with which he personally disagrees”.

Avakian’s order is unconstitutional, Harmon said, because “the right to speak freely, to think uniquely, and to live according to our faith is the bedrock of this country”.

“This case struck a chord with many Oregonians because allowing businesses to deny goods and services to people because of who they are and whom they love is hurtful and wrong,” she said in a statement.

Posted on September 18, 2017, in ConspiracyOz Posts. Bookmark the permalink. 2 Comments.

← No Jab, No Play, No Way Rally
All Sheeple Citizens who want to receive Government Benefits must agree to be Microchipped in the near Future →