← All Sheeple Citizens who want to receive Government Benefits must agree to be Microchipped in the near Future
F.Y.I. read the Insert – ConspiracyOz →

The Vaccine Police are Here! – ConspiracyOz 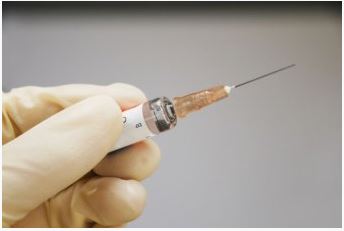 Photo: Conscientious objection is no longer accepted by the Government as a valid reason for forgoing vaccination. (iStockPhoto/totalpics)

A Melbourne doctor who has been under investigation for his anti-vaccination stance has had his licence to practise suspended.

He had agreed to stop practising temporarily while AHPRA investigated the matter.

But the Medical Board of Australia’s Immediate Action Committee met on Thursday and decided to suspend his registration while the investigation into his practice continued.

“AHPRA can confirm that the Medical Board of Australia took interim action to suspend Dr Piesse’s registration,” an agency spokesperson said in a statement.

“The public register of practitioners has been updated to reflect this decision.”

Dr Piesse has previously defended his actions, saying he has sought immunisation exemptions according to the law.

“I’m using … the immunisation status certificate letters of contraindication which are provided for in the legislation and I’m doing it according to revisions of the legislation,” he said last month.

“There’s no freedom of speech about vaccines. Anyone who takes a contrary view is attacked.”

Both the Federal and Victorian Health Ministers have said any GPs found to be helping parents avoid compulsory vaccination must be held to account.

Who’s missing out on vaccinations?

Debate around immunisation focuses on ‘vaccine refusers’ but experts say we cannot ignore the other reasons children miss out on vaccines.

In Australia, doctors can apply for an exemption for their patients on approved medical grounds.

Federal Government records from 2015 showed about 30,000 Australian children — about 1.34 per cent — were granted “conscientious objection” status.

But conscientious objection is no longer accepted by the Government as a valid reason for forgoing vaccination.

Earlier this year, the Federal Government subjected some welfare payments to a “no jab, no pay” policy as part of a push to ensure 95 per cent of children were vaccinated.

Similar no jab, no play policies have been introduced in Victoria and adopted by schools and childcare centres.

Posted on September 18, 2017, in ConspiracyOz Posts. Bookmark the permalink. 1 Comment.

← All Sheeple Citizens who want to receive Government Benefits must agree to be Microchipped in the near Future
F.Y.I. read the Insert – ConspiracyOz →