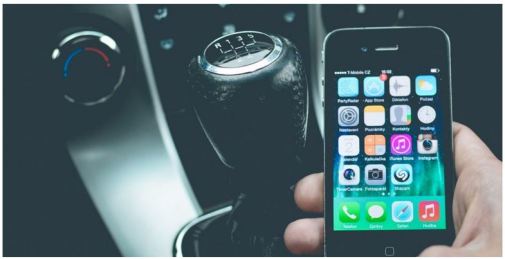 Police in the “Empire State” of New York have reportedly proposed the implementation of a new device that would be able to detect when drivers are using their cell phones.

The device has become known as the “textalyzer,” and although it will not be ready for several months, New York drivers can likely expect to have their cellphone usage monitored to a degree that drivers have never experienced before.

According to the information released thus far, these devices will only be used when there is an accident, to determine who was actually responsible. If the device is only used for this purpose, then it may not pose a serious threat to privacy and may actually be a useful tool for dispute resolution. However, as we have seen with many government programs in the past, these excuses are used so we will initially accept the program, and then once the door is open the program can be used for more invasive spying.

Democratic Gov. Andrew Cuomo told the Associated Press on Wednesday that authorities were reviewing exactly how the device would be used.

“Despite laws to ban cellphone use while driving, some motorists still continue to insist on texting behind the wheel — placing themselves and others at substantial risk. This review will examine the effectiveness of using this new emerging technology to crack down on this reckless behavior and thoroughly evaluate its implications to ensure we protect the safety and privacy of New Yorkers,” he said.

The officer will reportedly need to plug their device into the person’s cellphone to discover if they have been using the phone, but in theory, an officer could use this device even if they pull over a driver that has not been in an accident.

Proponents of this new device insist that the officer would not be able to access personal information on the phone, such as specific browsing or text history, but it is not clear what the officer will see when the phone is scanned.

The technology is being developed by an Israel-based company called Cellebrite.

Privacy activists and experts have suggested that this technology goes too far, and have pointed out that police already have the power to retroactively check if a person was using their cellphone in case of an accident through obtaining a warrant. This device could be allowing the officers to conduct a warrantless search of a cellphone.

Rainey Reitman, of the Electronic Frontier Foundation said that this technology could be a slippery slope.

“I am extremely nervous about handing a cellphone to a law enforcement officer and allowing them in any way to forensically analyze it. This is a technology that is incredibly problematic and at the same time is unnecessary. There are already legal avenues for a police officer,” she said.

Regardless of protest from privacy activists, it seems that this new program is coming anyway.

Earlier this year, Sen. Terrence Murphy, proposed a bill that would force drivers to hand over their cellphones to officers so they can be scanned. Murphy’s law did not pass at the time, but he is insistent that something will be pushed through the legislature soon enough.

“It’s not if, it’s when. This will literally save lives,” he said.

Police in New York State have written 1.2 million tickets for cellphone violations in the years between 2011 and 2015.

Posted on August 10, 2017, in ConspiracyOz Posts. Bookmark the permalink. Leave a comment.